Bird Street exhibition: ‘we are present’. The opening session of the Dalibhunga: This time? That Mandela? colloquium took place in the spacious art gallery of Nelson Mandela University’s Bird Street Campus, surrounded by artworks produced in response to the colloquium.

The exhibition, titled we are present featured works produced by staff and postgraduate student designers, photographers, sculptors, printmakers and painters from the Department of Visual Arts at Nelson Mandela University’s School of Music, Art and Design (SoMAD).

Head of Department Professor Vulindlela Nyoni said he had invited his colleagues and students to consider “what it means to be us, working at Mandela University, in this place, at this critical time” and to produce visual responses.

Nyoni said the works “serve as a point of reference to us as we continue necessary disciplinary conversations about what it means to be in the critical space of ‘making’ at this time, when key debates in South African visual art are centred on the disrupting and de-centering of the dominant discourses and the shifting of structures”. 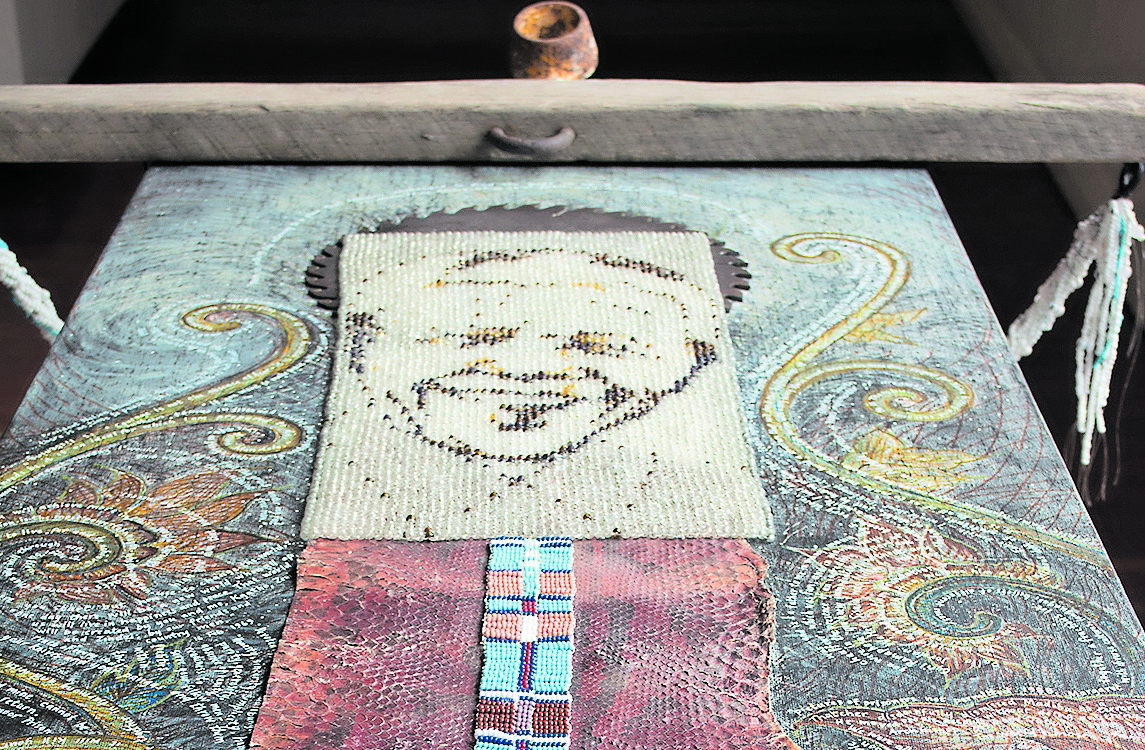 The Provoke/Ukuchukumisa/Daag-Uit exhibition — created in response to the Dalibhunga: This time? That Mandela? colloquium, and as part of the university’s ongoing Mandela Centenary Celebrations — is on display at the University’s Archive Centre, Second Avenue Campus.

Although it was supposed to be officially launched at the colloquium, a collapsed function tent led to the venue being moved at the last minute to the South End Museum, where the artworks were displayed via the medium of video, while the rest of the evening’s celebrations — a dinner of Mandela’s favourite “home foods” selected and prepared by his chef of 18 years, Xoliswa Ndoyiya, as well as songs and dancing from the university’s choir — went ahead as planned.

Curator Christelle Grobler said the exhibition was a “legacy project” that seeks to build on the impressions of Nelson Mandela by “excavating Africa in the years of Mandela, exploring representation and signification through Mandela and fashion, and continuing the legacy of advocacy through Mandela and feminism”.

She said the exhibition also sought to look at “the past and present to enable change, in the form of social justice, in our future”. 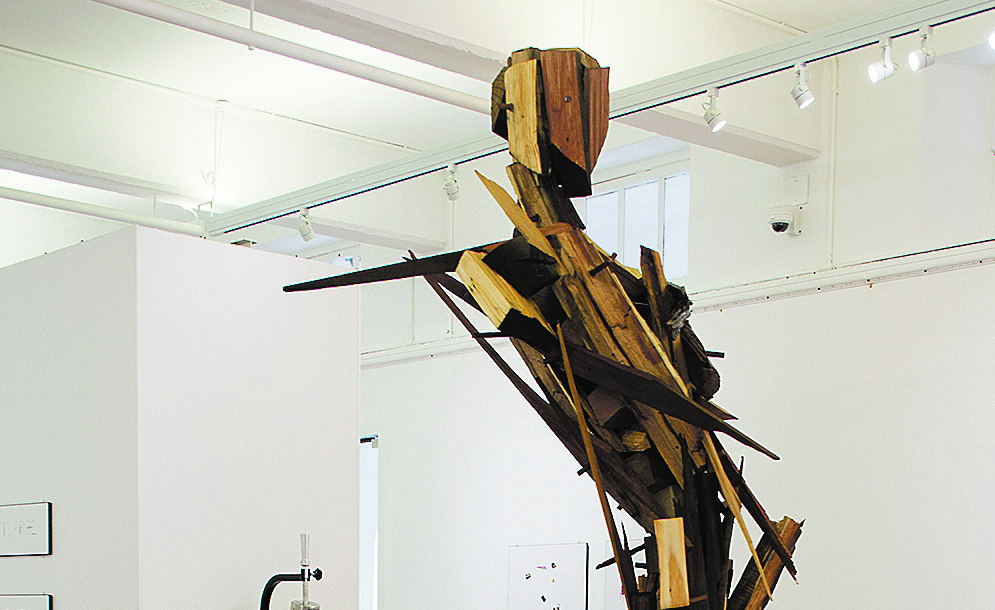 The exhibition included a MaXhosa rug — an imitation of the blanket used by initiates — by accomplished international fashion designer Laduma Ngxokolo, a university alumnus whose Xhosa-inspired knitwear designs have appeared on runways across the world. The rug appeared at the exhibition “as if someone had just stepped out of it”, symbolising the shedding of “problematic patriarchal ideology” and moving towards the more inclusive “Mandela mandate, which states that all men and women are created equal”, explained Grobler.

An artwork by Nehemiah Latolla, with painting and artwork by Kim Cunningham and Josef Greeff, showcased four mannequins wearing Madiba fashion statements at key points in his life, depicting the process of change over time.

A music piece by Caleb Vaughn-Jones, filmed by Nick Waring, looked at the social justice movement in the past, present and future, using indigenous instruments, western instruments and futuristic African sound elements to depict the struggle for harmony and democracy.