No perks for Swedish MPs

Odd as it may sound to the many representatives of the people elsewhere, Sweden does not offer luxury or privileges to its politicians. Without official cars or private drivers, Swedish ministers and MPs travel in crowded buses and trains, just like the citizens they represent. Without any right to parliamentary immunity, they can be tried in a court of law like any other person. With no private secretaries at the door, their bare-bones parliamentary offices are as small as 8m2.

“I’m the one who pays the politicians,” says Joakim Holm, a Swedish citizen. “And I see no reason to give them a life of luxury.”

Politicians who dare to spend public money on taxi journeys, instead of riding the train, end up on news headlines. Even the speaker of Parliament receives a card to use the public transportation. Only the prime minister has the right to use a car from the security forces on a permanent basis.

Swedish parliamentarians live in tiny apartments in the capital, where they wash and iron their own clothes in communal laundries. This may seem meagre for such eminent people, but it actually is much better than it used to be. Up until the end of the 1980s, all parliamentarians slept on sofa beds in their own offices.

No one in public life earns an obscene multidigit salary: the take-home pay of a member of the Riksdag (Parliament) is about two times more than that of an elementary school teacher.

At the municipal level, any desire to work in politics could be seen by their counterparts outside of Sweden as a case for requiring psychological assessment: Swedish councillors do not even earn a salary, nor do they have the right to an office — they work from home.

Sweden’s experience subverts the unhinged concept that politicians should be accorded reverential treatment worthy of a higher caste, consisting of ladies and gentlemen who are more illustrious than the average citizen and therefore deserving of an almost divine right to benefits and privileges that those living below the political Olympus could never attain.

This is a nation that treats its government officials and political representatives as ordinary citizens. A country without “excellencies” and other formal titles of address. A society that abolished the use of formal pronouns in the 1960s, and where everyone is called simply “you”. Because, according to the Swedish system of values, nobody is above anybody else. Not even politicians, who should live in conditions similar to the reality of the people who elect them.

I still remember the strange feeling of witnessing an extraterrestrial phenomenon when I saw the Swedish minister of foreign affairs and the prime minister pushing a shopping trolley in a supermarket in Stockholm. Or the mayor of Stockholm standing in a queue at a bus stop. Or the speaker of the Parliament sitting in an underground train.

Free from major social imbalances, Sweden is undoubtedly a safer and less violent country, where politicians and citizens alike don’t usually need to travel in bullet-proof cars. But, more importantly, this is a society that elects politicians who must be in touch with the day-to-day realities and pains of citizens. Politicians are not allowed to place their personal interests ahead of those of the people, in a society that demonstrates that political power can be exercised within the boundaries of decency.

In the justice system, the logic is the same: no judges have the right to official cars, private secretaries or perks.

Those in authority must be held accountable, and all information must be freely available to the public: Swedish openness is reflected in the very transparency of political power, which is monitored by means of the oldest transparency law in the world — a law that makes political corruption at national level a rare phenomenon in the country.

In 1766, public access to official government documents became a constitutional right for all citizens, enshrined in a special chapter of the Swedish Freedom of the Press Act.

In Sweden it’s possible to trace the expenditure of ministers, representatives and judges; to read the prime minister’s income tax declaration; to check the expenses of the national police commissioner or

the commander-in-chief of the armed forces; to keep abreast with how public agencies are spending tax money; and to monitor the actions, motions and official decisions made by any of the kingdom’s authorities.

One of the most emblematic political scandals of the country took place in the 1990s. The deputy prime minister, Mona Sahlin, bought a bar of chocolate, nappies and some other personal items with a government credit card, and paid dearly for it: she lost her job. The scandal went down in the annals of Swedish politics as the Toblerone Case.

In little over 100 years, Sweden has transformed itself from an impoverished, agricultural society into one of the wealthiest, most socially just and least corrupt countries in the world,where nobody is above anybody else. The Swedish experience demonstrates perhaps more than any other how change is possible.

Claudia Wallin is a Brazilian journalist who has been in Sweden since 2003. Her book, Sweden: The Untold Story, is available at amazon.com 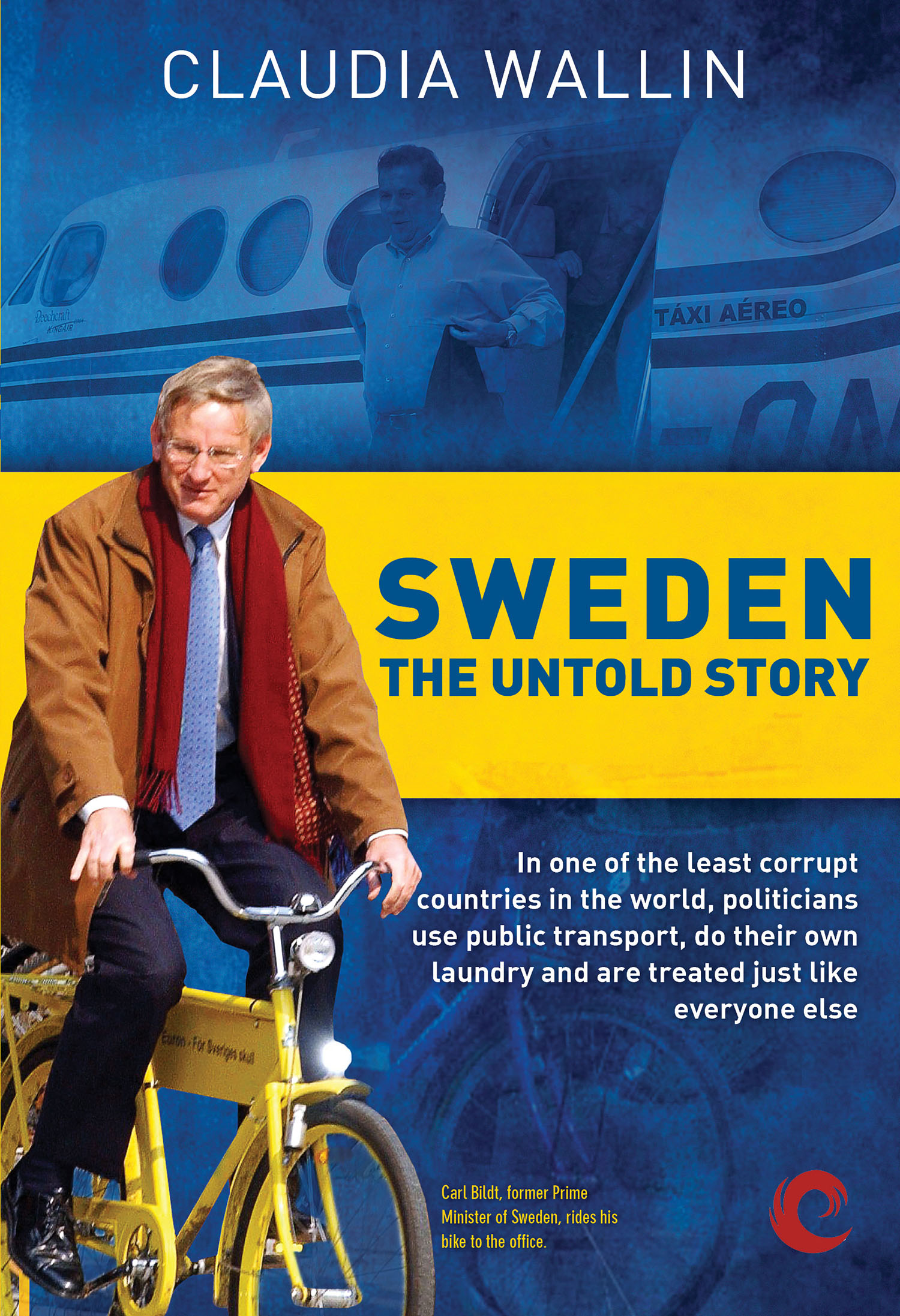