As the counter-revolution bites, can Sudan’s centre hold?

The revolution is for the whole country, say protesters in Khartoum, but the Transitional Military Council, echoing the deposed president, has other ideas

Yasir Arman has been fighting the Sudanese government for most of his life.

He was a rebel with the Sudan People’s Liberation Army, the armed group that fought Khartoum for decades, eventually winning independence for South Sudan in 2011. But, as his comrades-in-arms laid down their weapons and took up government positions in the world’s newest country — only to take up arms again several years later in their own civil war — Arman’s fight was not over.

The states of Blue Nile and South Kordofan, despite being part of the rebellion, were left out of the peace deal. They remained in Sudan proper, and Arman assumed leadership of their resistance to Khartoum.

The subsequent conflict in these states is probably the most under-reported war in the world, but is no less vicious for it. Arman’s rebels, huddled in caves and mountains along the border with South Sudan, are pitched against the Sudanese army’s tanks and its air force’s Antonovs, which fly overhead dropping bombs on the civilian population below. Often, the situation appeared hopeless, but still Arman and his people fought on.

Last month, everything changed. From afar, he saw the extraordinary scenes of protest in Khartoum. He watched as Omar al-Bashir, the man responsible for the brutal persecution of Blue Nile and South Kordofan as well as war crimes in Darfur, was toppled from his throne and carted off to jail.

Arman thought that, finally, after decades of bleak, lonely struggle, his war was won.

Arman flew into Khartoum in late May to participate in negotiations with the popular protest movement and the Transitional Military Council. The protesters had assured him that their vision for Sudan included its marginalised peripheries; that Arman and the people of Blue Nile and South Kordofan — who have all been actively resisting Bashir for much longer, and at much greater personal cost, than most of the protestors in Khartoum — would not be forgotten.

But, on June 3, everything changed. For every revolution, there is a counter-revolution. Soldiers from the much-feared Rapid Support Forces (RSF) descended on the capital, forcibly dispersing protest camps. More than 100 people were killed in the process and dozens of women were raped by the rampaging soldiers.

An arrest warrant was issued for Arman and within a week he had been detained, beaten and then bundled onto a plane to Juba in South Sudan, along with two colleagues.

“My experience in Khartoum is that the military council wanted to divide the oppositions, to have a deal with them that will keep them in power,” he told Reuters in Juba.

He should know: divide-and-rule is exactly the same tactic that Bashir deployed, with great success, to keep himself in power for so long.

Arman’s faction of the Sudan People’s Liberation Movement-North (SPLM-N) — the movement is itself deeply divided — now fears that it may be cut out of any deal reached between the protestors in Khartoum and the Transitional Military Council. They fear that, once again, some agreement will be made in Khartoum that does not take their interests into account or, more ominously, that cynical generals will stoke tensions elsewhere in Sudan — in places such as Darfur, and Blue Nile and South Kordofan — in an effort to distract from their problems in Khartoum. 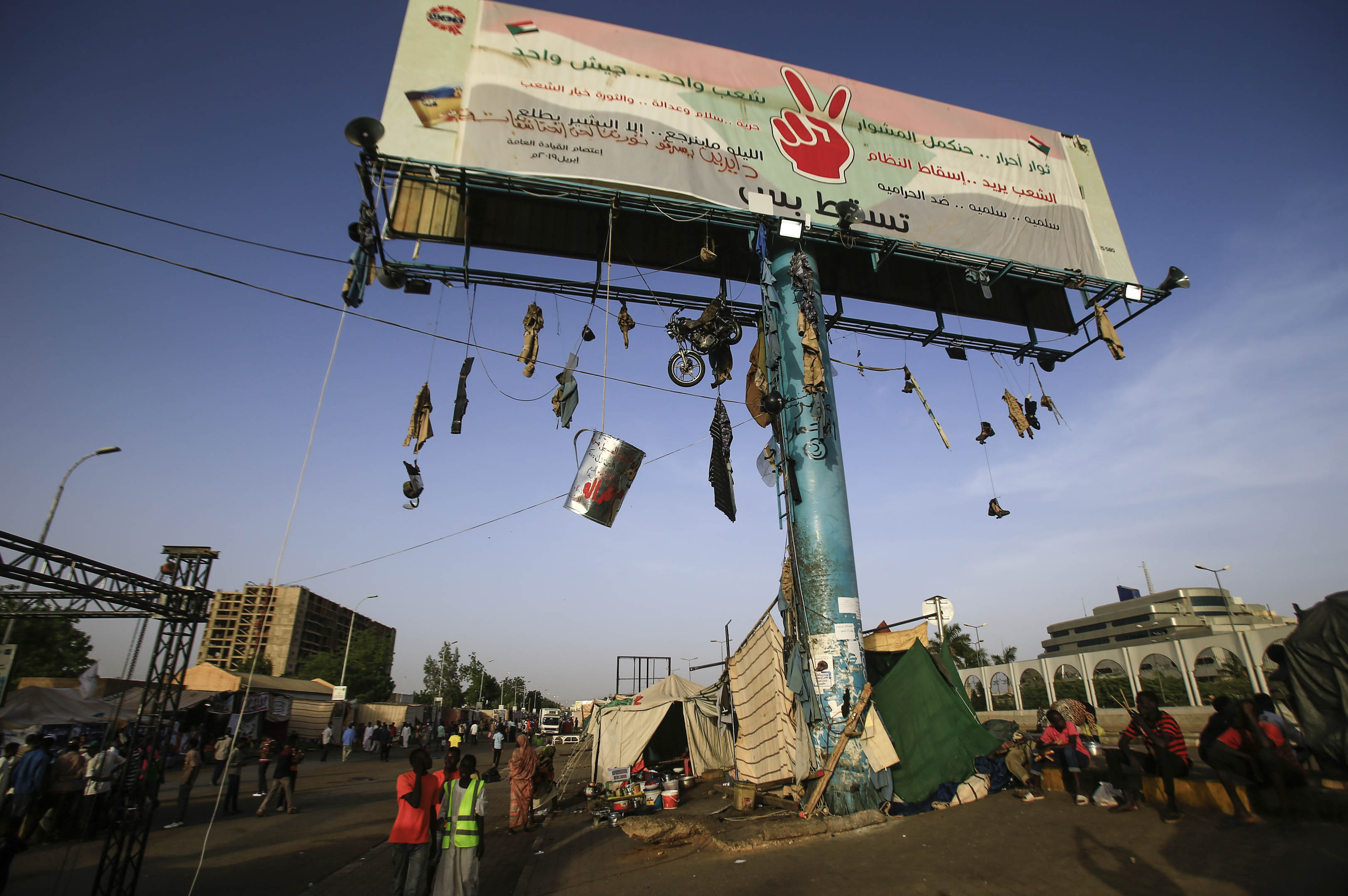 These fears are echoed around the country. It was easy to forget, in the euphoria of Bashir’s toppling, that much of Sudan has been at war against their government for decades. Whatever happens next, this transition is not the result of months of popular protests. It is a function of decades of bloody wars waged by Sudan’s periphery against the dictatorship at the country’s centre.

To their credit, the protesters in Khartoum and other urban areas have consistently emphasised that theirs is a struggle for all of Sudan.

“The protest movement has shown itself to be very ecumenical. They have said you cannot deal with the problem of workers in Sudan without also resolving the conflicts in Darfur, South Kordofan and Blue Nile,” said Rashid Abdi, an independent political analyst.

Nonetheless, Abdi is worried about what happens next, especially as the Transitional Military Council appears to be reading from Bashir’s playbook. “Remember, these are students of Bashir. The Sudanese army was not just an instrument of war, it was also involved in peace processes, so they are very adept at this game.”

As Eric Reeves, a Sudan scholar, explained: “Let’s remember we’ve got wars going on in Darfur, South Kordofan and Blue Nile. The only way you bring peace to those areas is by bringing the rebel alliance into the talks. And arresting Arman and the SPLM-N leaders, and deporting them, is a sign they don’t want the rebel movement to have any part in negotiations.”

At the same time, Reeves points out, the peacekeeping mission in Darfur — Unamid, a joint United Nations-African Union operation — is in the process of being scaled down and eventually closed down. Some of the Unamid bases have been handed over for occupation by the RSF — the very unit responsible for the massacre in Khartoum. On Wednesday, the RSF was accused by a civil society group of killing nine civilians in Al-Dalij village in Central Darfur state. The accusation is difficult to confirm.

“It’s just much harder with this total internet shutdown,” said Reeves. “That makes it extremely difficult to get info from the periphery into Khartoum.”

Nor is there any media attention outside the capital. “You’ve got a lot of journalists on the ground in Khartoum but I haven’t seen a single dispatch from any other region,” he said.

Khartoum, for all its political and economic significance, is not Sudan. The success of Sudan’s revolution will be measured by whether it brings meaningful change to the whole country, not just the capital. The consequence of failure will be yet more war — both in Sudan, and possibly spreading beyond its borders.

“This country has had multiple conflicts in every part,” said Abdi. “Some of these insurgencies have links with external forces, and these can all come unstuck.”