In a performance and political career that spanned more than six decades, Ndikho Xaba’s effect is perhaps best measured by the force of his ideas and how he interacted with others, as opposed to how much music he recorded.

A multi-instrumentalist, performer, singer, spiritualist and, most of all, activist, Xaba skipped the country as a lead in the cast of Sponono, a play by Alan Paton that hit Broadway in 1964. He remained in exile until the late 1990s.

At the height of the Black Power movement and the spiritual jazz era, Xaba led the San Francisco-based group Ndikho Xaba and the Natives through garage recordings that yielded their eponymous album, released in 1971.

“I became aware of him while he was in exile,” says musicologist Sazi Dlamini. “I think the publication that had carried a feature on him was Reshaka, or Njula. It featured him with all these unusual instruments he had built. One of them had a structure resembling a makhweyane, but it wasn’t like the makhweyane we knew. He had a one-string instrument that looked sculptural. It looked like a sarangi, the Indian instrument, short and bulky, about the size of a violin. In the feature he just looked different because he was wearing overalls.”

On Xaba’s return, to Durban, the two eventually ran into each other, sparking off years of collaboration and explorations in indigenous music methods. “I did a study on exiled jazz musicians from South Africa and he was one of the people I ended up speaking to, because he had a rounded experience of South African music.

“His approach was unique in that he married politics and spirituality, especially looking at the conception of African spirituality. His avant-gardism in music was rooted in improvisation. But the biggest thing was in his resisting being hindered by circumstances. For example, one shouldn’t find oneself falling under the influence of things that are not meaningful to one’s history based on the fact that one didn’t study music formally.”

Guitarist Madala Kunene, who recorded the song Chords of Destiny with Xaba, Dlamini and percussionist Mandla Mgabhi, says, “He was so knowledgeable. He played piano and everything, but making instruments is where his proficiency lay. He put his own twist to the Shembe trumpet, for instance.”

Matsuli Records co-founder Chris Albertyn, who helped reissue Ndikho Xaba and the Natives, recalls the radiance in Xaba’s eyes. “You meet people and it’s almost like there are spotlights there. 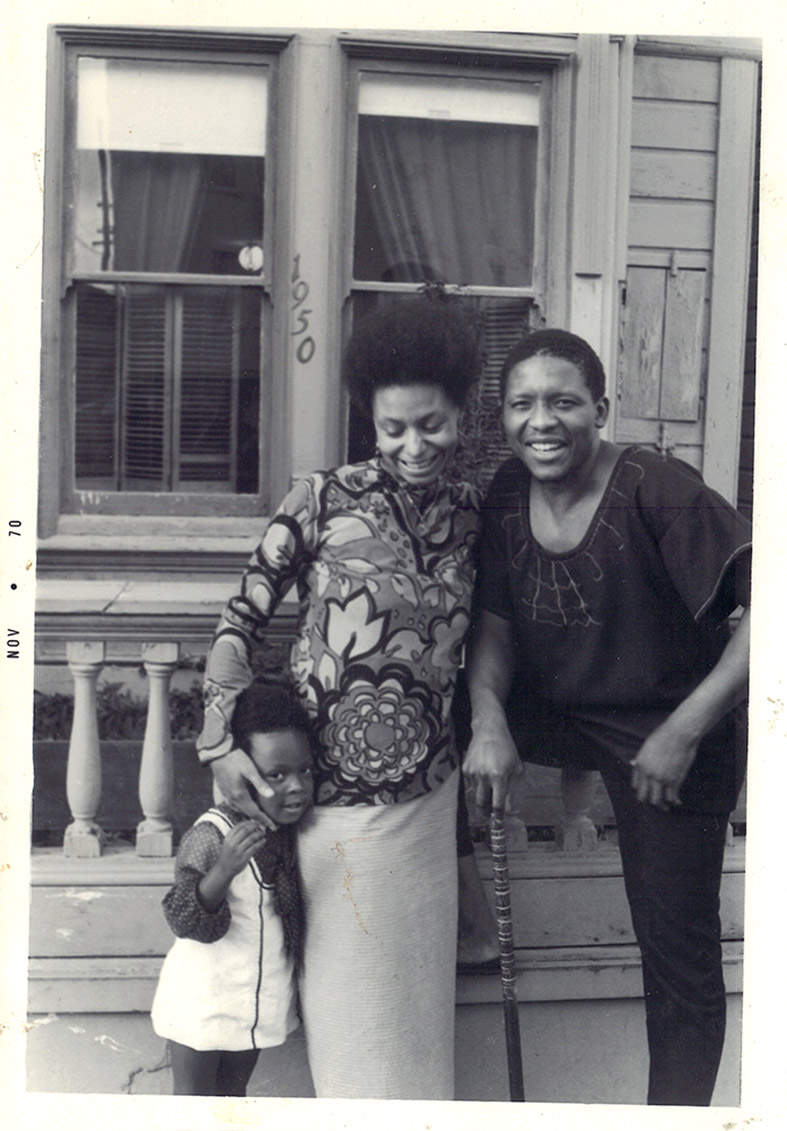 His wife Nomusa Xaba, a performer in her own right, stood by him as his condition deteriorated. (Suppplied)

“He had Parkinson’s by that time [about 2013], but he could talk. He could move around … we spent the afternoon chatting. Mam Nomusa gave me a book she had done about their story. It was a tremendous education. Xaba was able to link up with activists and be in a lot of actions and sacrifice a lot of his own life’s possibilities to look at the bigger issues.”