Professional football is about winning. That is about as uncontroversial a statement as you can get. Success is the only measure of self-worth — there’s no nobility in losing.

In this way, sport mirrors the values and direction of modern society: failure in any aspect of life is ruthlessly punished.

If you have any doubts about this, just take a peek at Twitter or drop the words Bafana Bafana into a casual conversation this week. The ire reserved for the men’s national football team would have seen them flogged upon their eventual return, if-ancient rules applied.

Although sympathy for our not-so-beloved national team is hard to justify, in the middle of the maelstrom of commercialism and success-at-all-costs attitude that the global game has become, it’s easy to forget how pleasurable it can be to sit back and enjoy a football match. To soak up the cheer and lose yourself in 90 minutes of action — even if that action is not conducted by our promised idols, but rather by people you’ve never heard of before.

That opportunity arose for me recently in the most unexpected of locales: the Bill Jardine Stadium in Longdale, just south of Westbury, Johannesburg. This was the venue of the final of the annual Steven Pienaar Community Cup.

Started by the former Bafana captain in 2003, the competition was an opportunity for him to give back to the neighbourhood from which he hailed. In the years that have followed, it’s become clear that it has become far more than any sort of PR stunt.

Beginning with only four teams in its maiden edition, it is now the event that many of the best amateur teams around the city look forward to (the R100 000 first prize certainly assists in that regard). Aside from the 32 slots available for the main “open” stream, there are also multiple age groups that are on offer — 152 junior teams entered this year, going as low as under-9, with an over-35 category in the other direction. Last year saw the introduction of a well-received women’s section — in which 60 sides signed up.

“That was very important for us, you know,” Pienaar says of the decision to open up a women’s division. “Because we want to get everyone involved in sports, not only boys.

“We started off just getting kids that were hanging around the corners during school holidays to form teams and come play, and now we have over 150 teams that took part this year. We want everyone to get involved. Not only through football; we want parents to encourage their kids through sport.”

On the last game day of the two-week competition, played fittingly on June 16, Pienaar patrolled the sidelines of the stadium. As each final concluded — the under-19s, women’s and open finals — he was summoned to the erected podium to dish out silver medals and handshakes to the losers and a big, shiny trophy to the victors. He happily posed for selfies with any fan, player or staff member who gained access to the secured field. 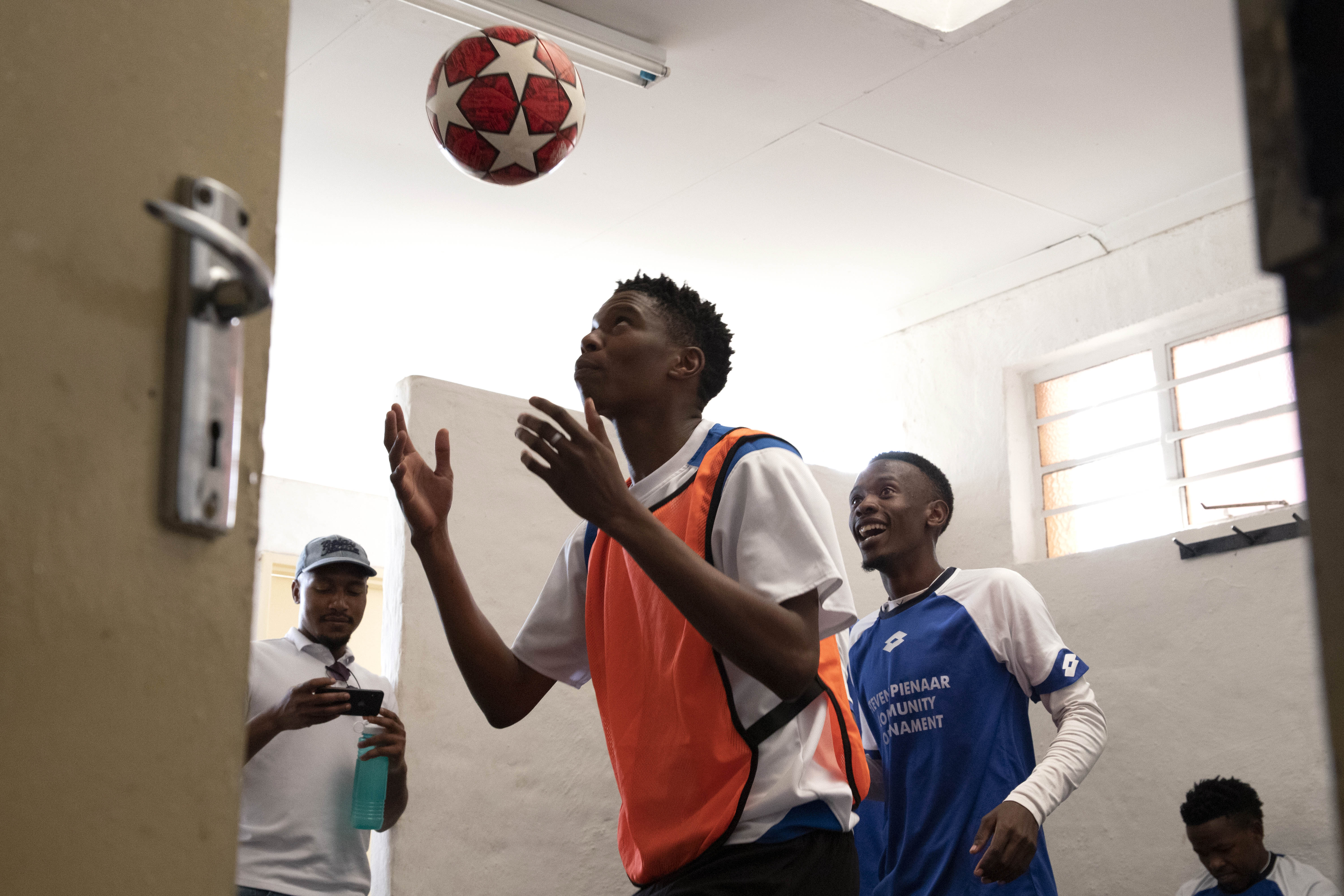 Warm-up: Team members of Robin Crest, from the University of Johannesburg, get ready for the final game against the Magicians. (Hiram Alejandro Durán/M&G)

Although certainly not lacking a raucous atmosphere of its own, the closing day had a distinctly different flavour to the past two weeks of competition. The previous rounds were played on what locals call “The Open Ground”, a field at the entrance of Westbury that doubles as a hangout spot. Anyone driving down the wide Ontdekkers Road during those preceding weekends would have noticed an endless collection of parked cars crammed up along the outside streets.

Inside, hundreds of Westbury’s residents gathered on the slopes above the pitch. Families arrived with bulging cooler boxes filled with snacks and cooldrinks; groups of friends huddled around hookahs; older men had their spots booked with camping chairs. When the favoured local teams played, the atmosphere reached fervent noise levels that could rival most Premier Soccer League games. By evening the party would begin and many of the younger people spilled over in the direction of where the revelling continued after dark.

On the final cold Monday, however, anything that might compromise the integrity of the occasion had been snuffed out. Most noticeably, the police presence was ubiquitous, with metro vans in the parking lot and officers stationed in and around the stands. 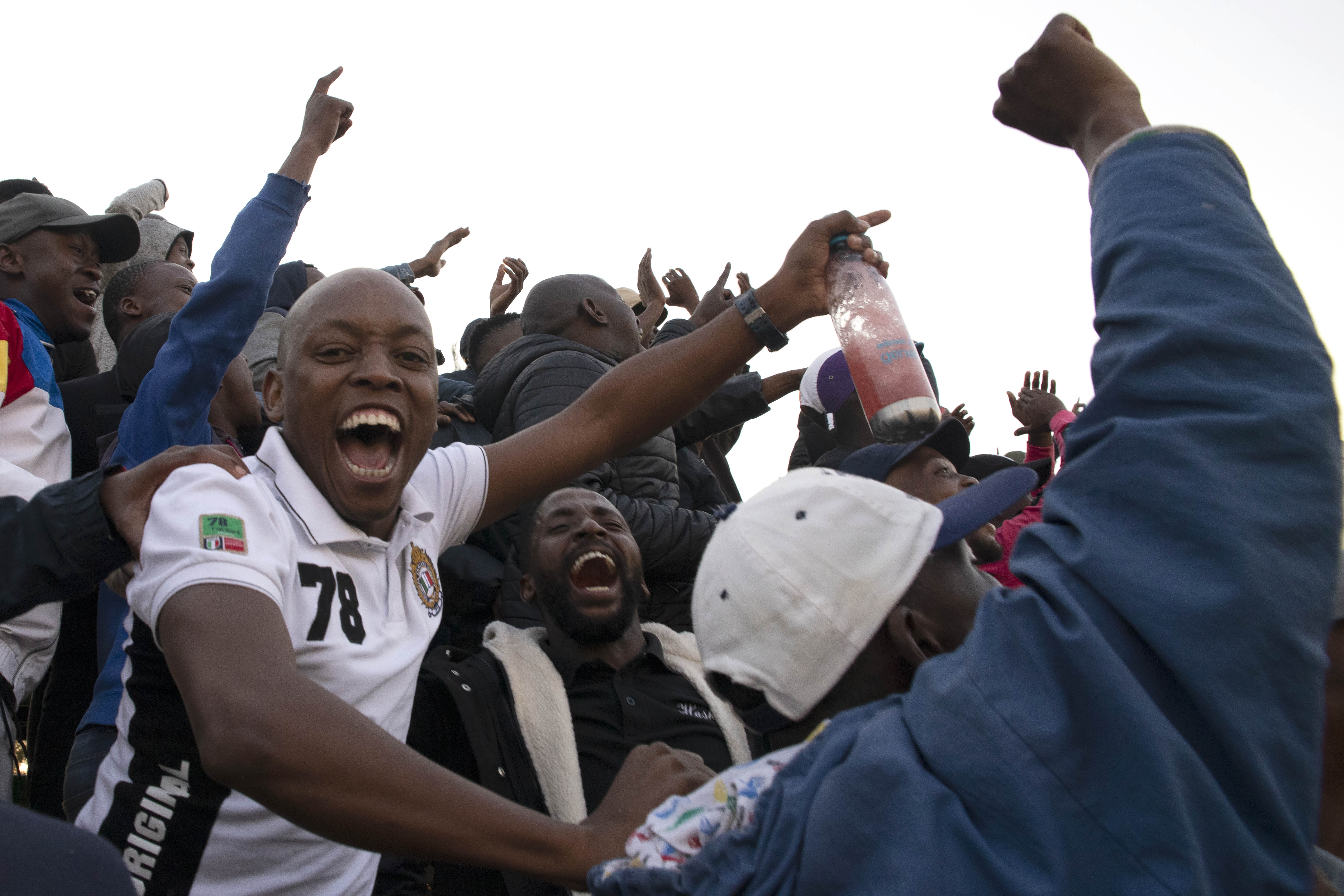 Real sport: The Steven Pienaar Community Cup is supported by fans from Westbury and beyond. (Hiram Alejandro Durán/M&G)

Alcohol and hookahs were also banned in an effort to foster an atmosphere friendlier to families.

With a crowd of 2 000-plus and no negative incidents to speak of, the extra planning paid off.

“We had our ups and downs, the obstacles regarding sponsors and all that,” Pienaar says. “And even questions over whether it was going to take place. The most important thing was to get the community together, especially with all the stuff that’s been going on [recently] around Westbury.”

In October, it will be a year since the neighbourhood found itself dominating the national news agenda. Already fed up with years of gang violence and inadequate police response to it, residents exploded in protest after Heather Peterson was killed by a stray bullet while walking her son home from school.

Despite months of subsequent promises by authority figures, such as Police Minister Bheki Cele, many still feel that not enough is being done to curb violence in the area.

When talking about the event, Pienaar is keen to stress that the safety of attending residents is paramount. He also understands that an injection of positive news about Westbury would not go amiss.

“I’m from Westbury so I know there’s not a lot going on in the community [to keep youngsters active],” Pienaar continues. “We try to motivate the community to believe that when we work together we can build something. I’m quite happy that everything ran smoothly the last month.

“We want to get people active and get them to take responsibility. At the end of the day, the community needs support and help and that comes from within.”

Pienaar has long stood as the figure who represents the idea that a different life is possible for many disillusioned youngsters growing up in the area.

It was more than 20 years ago, in 1994, that current AmaZulu coach Cavin Johnson unearthed his talent and persuaded him to take a shot at Ajax Cape Town. The next two decades would take him around the world — his most notable spell saw him assume a leading creative role at Everton in the English Premier League. Now, a year into his retirement, just his presence is enough to represent hope.

The main event on the day, the open final, was played out between the Magicians from Mandeville, Krugersdorp, and Robin Crest, from a residence at the University of Johannesburg.

At the risk of sounding pretentious, it was a pure footballing affair. Both sides went at each other without inhibition, the referee doing his part to ensure the game flowed with few unnecessary interruptions. The amateur grit on display made for an entertaining back-and-forth, with crunching, but not malicious, tackles aplenty.

The Magicians eventually grabbed the winner in the 80th minute and it was they who scooped both a Pienaar handshake and the shiny trophy.

A couple of hundred supporters at the very least had shown up to support them and matched their success with heartfelt singing long after the game. Despite no local teams making it to the final, the venue was still packed, predominantly with Westbury residents.

To them the annual event has become so much more than a reason to support their own: it is an occasion to celebrate the power football has in bringing everybody together. As for the rest of us? Revelling in that authentic joy is a rare pleasure we’re not often privy to in a modern stadium.