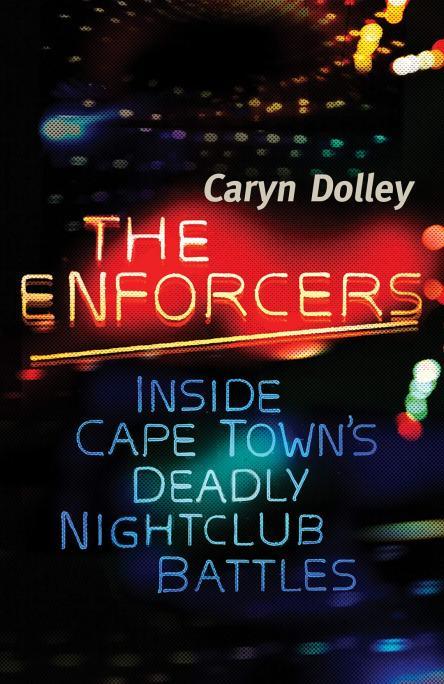 Cape Town’s gang wars, and the killings that are their most visible element, were back on the front pages of the Sunday papers recently. There seems to be a surge in such murders at the moment, and Caryn Dolley’s book is an excellent explanation of what lies behind them. She has been investigating this arena for some time, and The Enforcers brings us up to date.

It’s hard, though, to come up with a succinct summary of the battle of the gangsters, first, because it’s so complicated and obscure, and, second, because so few of those involved have been brought to trial, let alone convicted, so just about anything to be said about the participants is “alleged”.

Figures such as Jerome “Donkie” Booysen and Mark Lifman, whose names crop up repeatedly in any such account, are insistent that they are legitimate businessmen with no involvement in this skulduggery.

It’s also hard to come out with a believable story about these (alleged) gang lords and their activities, because there’s also a huge amount of misinformation and disinformation swirling about. Some of it, apparently, even comes from the police’s crime intelligence division — and we know how crime intelligence, especially during Jacob Zuma’s tenure as president, was able to generate report after report with all sorts of eyebrow-raising claims about almost anyone.

All through Dolley’s narrative, for instance, Jeremy Vearey, the leading police officer in the battle against these forms of criminality, is accused again and again of being involved himself in the gangs and their battles, or to be on one side or the other. Lieutenant Colonel Charl Kinnear, another key investigator and the main witness in a long bail hearing for alleged gangster Nafiz Modack, was alleged to be doing all this because he was in the pocket of Lifman, Modack’s chief competitor.

Dan Plato, the Democratic Alliance mayor of Cape Town from 2009 to 2011 and once more from 2018 (after Patricia de Lille was removed from that position), has been a source of repeated claims against Vearey. This may be motivated by politics, Vearey being an ANC loyalist and appointee, but it certainly looks like Plato’s willingness to give credence to the tales of various dodgy informants is taking the political battle too far — and in the process compromising the actual fight against crime and gangs.

There are intimations throughout The Enforcers that political figures even higher up are involved in some way, possibly protecting the gangsters for reasons of their own. Zuma, for one, was reported to have met key Cape crime figures, possibly in an attempt to boost the ANC’s electoral chances in the Western Cape (great strategy!); one of them appeared with him at a rally.

Vearey led a long investigation into the many weapons that had disappeared from police custody and then reappeared, with their serial numbers filed off, when people had been murdered. At least one police officer was found to be selling off confiscated or surrendered guns to gang members, but when the probe was just reaching a climax Vearey was suddenly transferred to a different police job.

In another suspicious instance, Dolley herself documents with her own photograph a strange meeting at Cape Town’s One&Only hotel between Modack and Northern Cape police commissioner Risimati Shivuri.

That Dolley manages to tell a readable and credible story about these (alleged) gangsters and their doings is in itself a remarkable feat. She draws the links between the Cape’s longstanding gang structures, such as the 26s and the 28s, and those running the security industry, especially those charged with the “protection” of clubs and night spots. That industry is now about twice the size of the actual police force, and seems often to skirt the edges of illegality. She doesn’t go deeply into all the sources of revenue that may be at play (how does the drug trade tie in with this “protection”?), but that just means there is a lot more to investigate and uncover in this dark world. Let’s hope Dolley, and other probing journalists, can get there — and that law enforcement gets properly on board.