Was Edcon saved to secure votes?

Former Public Investment Corporation (PIC) boss Dan Matjila’s allegation — that he was ousted for his resistance to the deal that saved clothes retailer Edcon — has underscored persistent concern over the extent of political jockeying behind the investment decisions of the state-owned asset manager.

In testimony to the Mpati commission, which is looking into claims of impropriety at the PIC, Matjila claimed that at least part of the reason he was removed “was to ensure that the Edcon deal takes place ahead of the election” as outlined in emails between Cosatu official Matthew Parks and former PIC chair Mondli Gungubele. 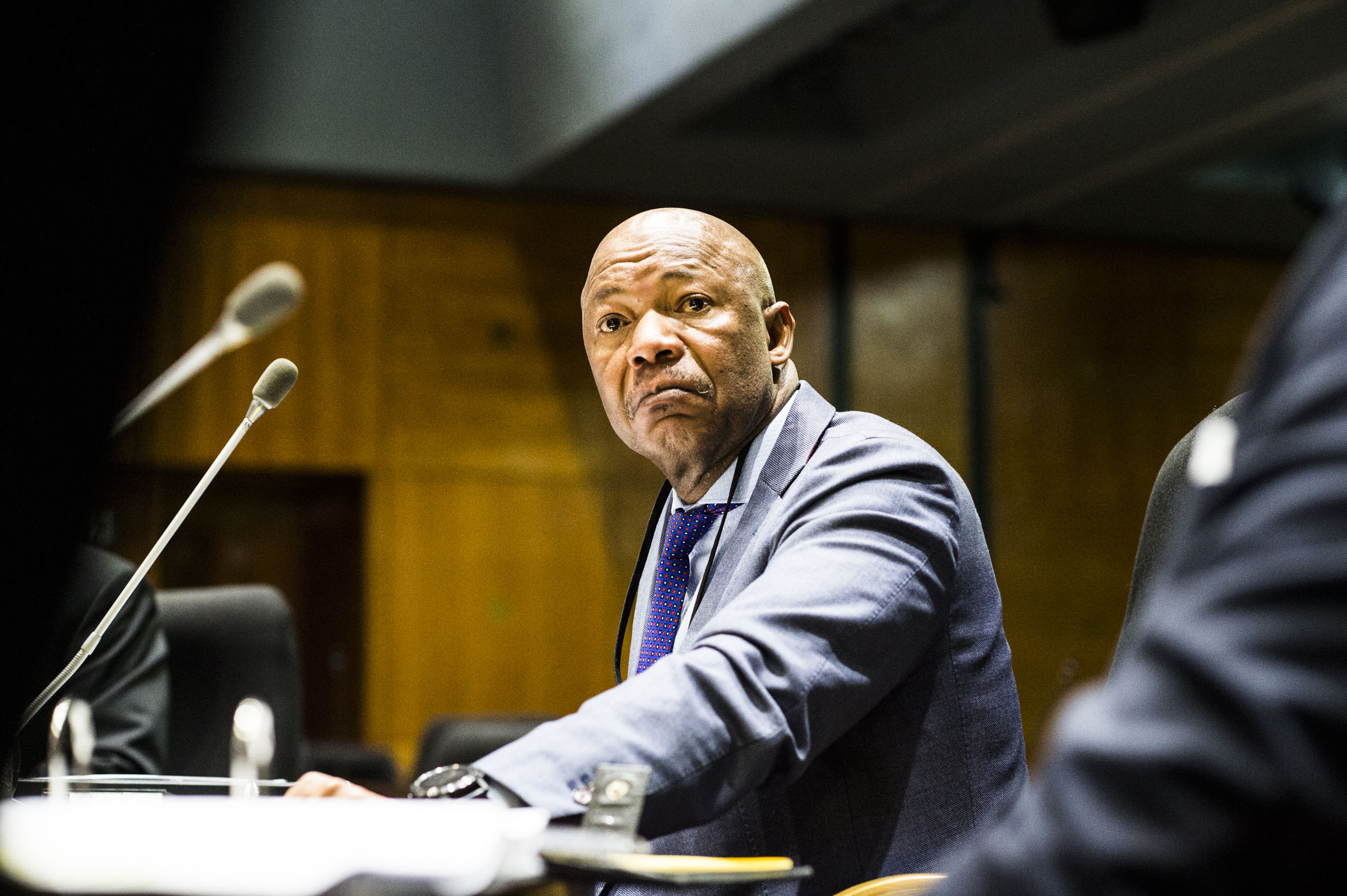 Dan Matjila, the former chief executive of the Public Investment Corporation, testified at the Mpati commission that he was made to resign because he did not approve of the bailout for Edcon. (Delwyn Verasamy/M&G)

A number of parties implicated in Matjila’s testimony, including Cosatu, the PIC and Edcon have defended the deal. But the Democratic Alliance’s Alf Lees said the furore showed that the pressure behind the scenes was “untoward” because the Edcon deal was a bad investment.

In March this year a deal was inked between the group’s existing lenders, its landlords and the PIC on behalf of the Unemployment Insurance Fund (UIF), recapitalising the retailer with R2.7-billion, and giving it another three years to turn the business around. The UIF contributed R1.2-billion.

The transaction has been controversial. Although it secured jobs, investment analysts have questioned whether Edcon can be saved. Alongside its financial woes it has battled to cope in a very competitive retail market, casting doubts on its long-term viability.

According to Matjila’s testimony, in a meeting he attended on November 23 last year, along with the PIC’s head of private equity Mervin Muller, the Edcon board, its advisers Rothschild & Co, then minister for economic development Ebrahim Patel and former chief executive of the Industrial Development Corporation, Geoffrey Qhena, the PIC indicated that it did not support the deal.

“Edcon’s proposal did not meet client’s minimum return, even though it has high social impact returns in terms of job saving. None of our clients’ mandates make provision for this asset category,” Matjila told the commission. That evening, according to Matjila, his contract of employment was terminated.

“The fact that many attempts to get me suspended had failed and at long last … I created a fertile ground for my immediate and unlawful removal,” he said.

The commission’s assistant, Gill Marcus, quizzed Matjila on whether he thought that the presence of Patel and Qhena indicated that the initiative to fund Edcon was supported by the government.

After hesitating, Matjila finally responded by saying that he did not interpret the presence of government officials at the Edcon deal as being a state initiative.

“Anybody can ask a minister to accompany them to the PIC for funding. Will you say it’s a government initiative?” he asked.

Marcus nevertheless instructed the commission’s evidence leader, advocate Jannie Lubbe, to request that Patel clarify in what capacity he was present at the Edcon meeting, and whether it was part of government’s plan to broker a deal between the state asset manager and Edcon.

But criticism has been levelled at Matjila’s testimony, including that it is designed to draw attention away from his alleged meddling in other questionable deals, such as the PIC’s R4.3-billion investment in Ayo Technology Solutions in late 2017.

A person with knowledge of the November meeting said it was not untoward for government representatives to be there in order to understand the impact Edcon’s liquidation could have had. The meeting was to discuss “the options on the table” and no decisions were made, the person said.

In February, ahead of the Edcon transaction, Parks wrote a series of letters to then deputy finance minister and PIC chair Gungubele, calling on him to get the PIC to finalise a deal for the retailer, which was headed for bankruptcy.

Had the deal not gone ahead, Parks wrote at the time, it would “provoke a massive fight between Cosatu and the UIF”.

“Cosatu will be forced to go public with this and inform workers who allowed the Edcon intervention to collapse and to condemn our members to unemployment and their families to poverty,” Parks wrote.

“It will be impossible to convince any worker and their family to vote in the elections after their government did not act decisively to save their jobs.”

But Parks has denied that the missives amount to undue influence. The campaign to finalise the deal, he said, had saved about 140 000 jobs in the clothing and textiles value chain.

Parks dismissed any inference that Matjila’s exit from the PIC was caused by the labour union federation as “devoid of sense”.

Cosatu’s “championing” of the deal began in late January, said Parks, well after Matjila had already left. Its affiliates, the South African Communications and Allied Workers’ Union and the Southern African Clothing and Textile Workers’ Union, have members who work at Edcon or in the wider textiles value chain, he said, justifying Cosatu’s interest.

Cosatu took comfort from the fact that the other participants in the deal, notably the banks, “are not in the business of handing out money for free”. The deal was in line with the UIF’s investment criteria, he said, adding that the PIC did not simply “rubber-stamp” it, but set numerous conditions of its own.

The PIC denied that it succumbed to political or union pressure in doing the deal, saying in a recent statement that it was in line with the UIF’s socially responsible investment mandate, which allows the PIC to invest in projects that “create and sustain jobs”. The UIF is on record stating that the preservation of both direct and indirect jobs through the deal will save the fund R2-billion in potential unemployment insurance claims.

Edcon, meanwhile, said this week that it was confident that all “good investment, due diligence and governance processes were followed”.

“The UIF, the banks and the Edcon landlords jointly, and in roughly equal proportions, invested in a turnaround business plan that was subjected to a detailed and rigorous due diligence process, and received shares that should, if we are successful, give returns to shareholders on their investment,” it said in response to questions from the Mail & Guardian.

Earlier this year, the PIC Amendment Bill was passed by Parliament and is before the president for ratification. It makes a number of changes to the law governing the asset manager, aimed at improving transparency and governance.

But Lees said Matjila’s claims showed that the Bill did not do enough to insulate the PIC from political involvement. “It doesn’t preclude the undue influence behind the scenes.”

In testimony to the Mpati commission, former board member Vuyo Jack argued that the PIC’s board chairperson, which is typically the deputy finance minister, should not be a political appointee. The proposal never made it into the Bill, but on Wednesday, when an interim PIC board was named, new deputy finance minister David Masondo was not included.

Although the success of the Edcon deal is yet to be determined, the DA’s view is that it was a bad decision to pour money into an entity that was about to go bankrupt, according to Lees.

Iraj Abedian, the chief executive of Pan-African Investments & Research Services, said that political or “non-financial” considerations by an asset manager when making an investment decision are not necessarily wrong, provided these form part of the mandate it has been given.

But these cannot be applied on a “case-specific” basis. Interested parties cannot “pick and choose” when, for example, job losses are considered important enough to warrant an investment, Abedian argued.