As the department of co-operative governance tries to iron out the kinks in its Community Work Programme, the flaws in the CWP will be under scrutiny at an impending court battle.

Next week the Seriti Institute — one of the two implementing agents that piloted the CWP at its inception — will take on the department in the Pretoria high court.

Seriti’s court application deals with alleged irregularities in the department’s procurement of implementing agents, the nonprofit organisations paid to administer the programme in municipalities.

Furthermore, an affidavit reveals that the CWP will no longer be run by the department but by a separate legal entity — a plan meant to address the flaws in the programme. The decision is part of the government’s efforts provide one million work opportunities by March 2020.

The CWP was launched by the government in 2010 as part of its efforts to address poverty resulting from stubborn unemployment by offering a “safety net” to people of working age. The programme has 256 000 participants and a total budget of R13-billion.

Earlier this month, thousands of CWP workers marched to Luthuli House, demanding to be paid a R3 500 minimum wage. Workers told the Mail & Guardian that the R780 stipend they receive each month was not enough for them to get by.

This is the maximum amount they can earn under the programme, which says it is a “top up” while they search for employment. But many CWP workers struggle to find jobs amid the country’s deepening unemployment crisis.

They also demanded that the department cut out the programme’s implementing agents. One worker, Palesa Ndarala, said: “The middleman is not doing much. If you ask them, what is it that they do, they won’t even give you a straight answer.”

Ndarala worked under Seriti before its contract with the department ended in April 2018.

Implementing agents are responsible for the recruitment and appointment of people and recording their data. This data is then given to the department so it can facilitate payments to workers. Of the CWP’s R13-billion budget, R4-billion is allocated to implementing agents. 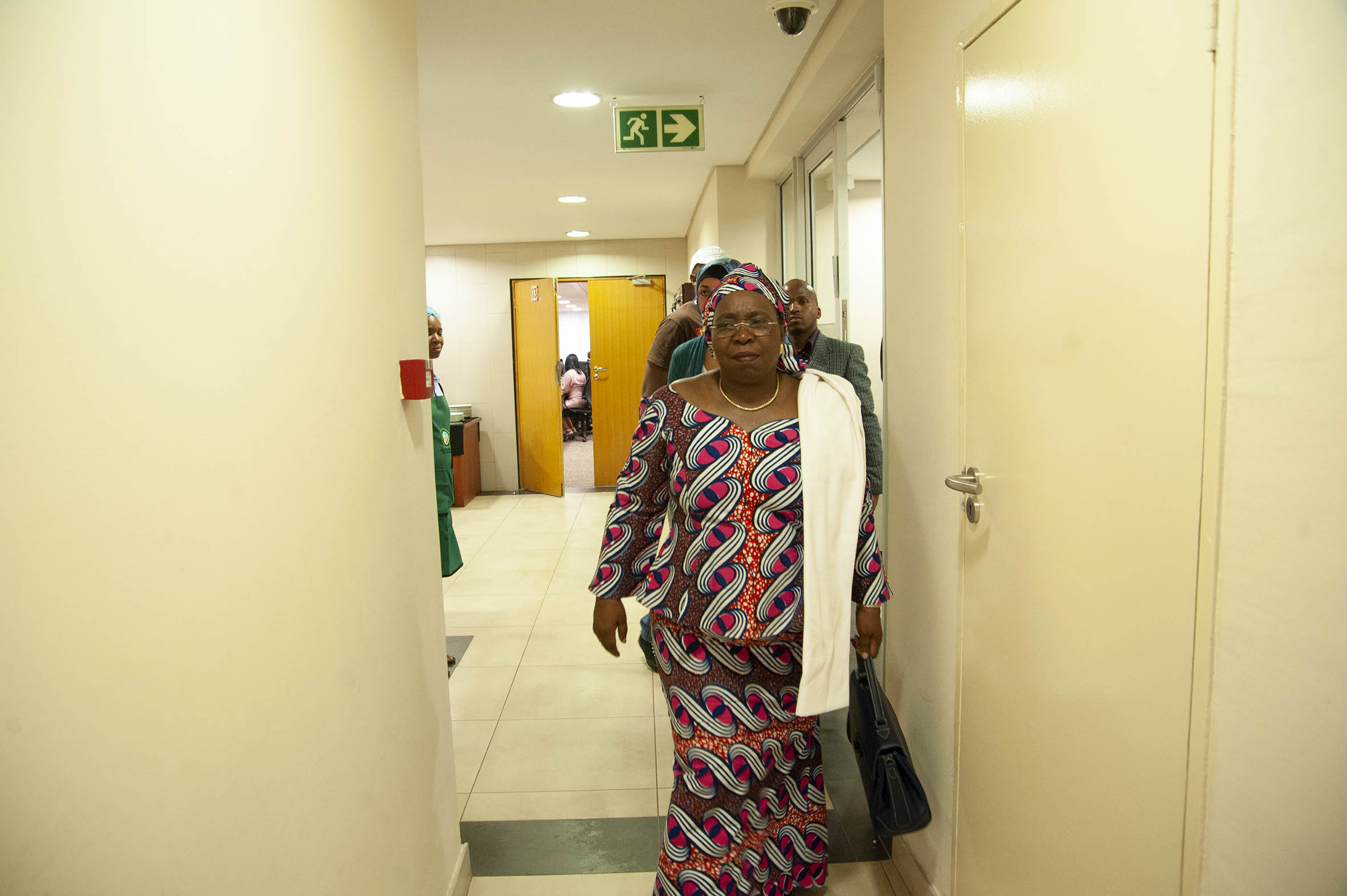 Minister Nkosazana Dlamini-Zuma has said that a new model for the programme is on the cards.

Seriti first approached the court in April last year asking for a review of the CWP procurement process for the period 2018 to 2021, which the nonprofit alleges it was irregularly excluded from.

Court papers lay bare the details of skirmishes between the department and its implementing agents over alleged corruption.

An affidavit by Seriti chief executive Juanita Pardesi suggests the department may have flouted its own procurement processes when it appointed 11 new implementing agents.

Her affidavit details a number of red flags that emerged during the department’s evaluation of the implementing agents that were eventually appointed.

According to Pardesi, due diligences were undertaken of the implementing agents at one day’s notice and signed off the next day. This despite some of them having no governance structure or offices.

But a recent affidavit lays out the department’s plans to ensure the accountability of the CWP’s implementing agents.

In the affidavit, CWP’s acting national programme manager, George Seitisho, reveals the decision to move the programme from the department and for it to be run by a “government component”. The plan will come into effect in the next two years.

The CWP has, in recent months, been a thorn in the department’s side. According to its 2018 audit outcomes, there was a 70% increase in irregular expenditure by the department, a large part of which was a result of repeat transgressions at the programme.

The plan to change the CWP’s management model was first announced by Minister Nkosazana Dlamini-Zuma in her budget vote speech in July.

The accountability of the CWP’s implementing agents came under scrutiny earlier this month at a parliamentary portfolio committee meeting on the department’s quarterly performance results.

At the meeting, Seitisho revealed that of the current 11 contracted implementing agents, two had been suspended by the department for failing to deliver on their service level agreements.

Parks Tau, the deputy co-operative governance minister, indicated that the programme remained an area of concern for the department. According to Tau, the review of the programme will include reformulating how outputs are measured to ensure that implementing agents are kept accountable.

Seitisho’s affidavit indicates that the plan to have the CWP run by the government component would support “the implementation of the NPO [nonprofit organisation] funding model”.

In her response to Seitisho’s affidavit, Pardesi points out that the new model supposedly allows the department to fix their structural problems while also allowing the “irregular and flawed” appointments of implementing agents to complete their term.

She also suggests the department has overestimated its ability to fix the CWP’s procurement processes in the next year, citing failed attempts to change the model of the programme in the past.