A requiem for the world’s dead

‘When I first read Ways of Dying, I was fascinated by the unconventional character that is Toloki and the kind of career that he has chosen for himself — to be a professional mourner,” says dancer and choreographer Gregory Maqoma, of the genesis of his newly amplified production Cion: Requiem of Ravel’s Boléro, which is named after the Zakes Mda novel Cion.

“Then when I read Cion, it became even more of a fascination [with] the whole history of slavery. I was thinking of those who had died while being taken across the ocean. I was just thinking what would have happened to their souls and their spirits. For me, this work allows us to pause and mourn and create a requiem for those who died not out of their own doing but of the actions of others.”

As he has done before, Maqoma positions music and sound at the centre of his quest to achieve a sense of reflection, weaving threads of various modes of expression together, all steered by a reinterpretation of Boléro, the one-movement orchestral piece by French composer Maurice Ravel.

“Every time I listen to the score, it gives me the sense of a procession,” says Maqoma. “It gives me a sense of darkness even though the work was never created as that. There was a sense of repetition and this circular mode in the work itself that takes one into a sense of trance and a sense of procession. I wanted to bring it home because we Africans also sit in a circle and relate our own stories — or even how we sing, we sing in such circles.”

Maqoma says, with the help of musical director Nhlanhla Mahlangu, he sought ways of breathing new life into that score and “recreating it in terms of our own languages, so the whole score is recreated with voices”.

Mahlangu says: “Gregory planted a wild seed in me when he asked me to create a rendition or a deconstruction of Ravel’s Boléro using vocals. The biggest challenge was that Boléro is a 12-minute piece, so what are we going to do for the rest of an hour?

“I had to think deeper about my ways making music and as a South African. The common factor between my sound and the Boléro was the rhythm, the fearless circular repetition that takes you back to the true meaning of ‘ingoma’. I am always interested in creating a charged space or medium between the maker and the receiver of sound. The medium where change, healing and transcending happens.”

Although isicathamiya is a driving force in the production, it is hybridised with other dance languages. As a form, isicathamiya is one that is close Maqoma’s formative cultural education, having witnessed it in the Soweto hostels he grew up close to.

“As I researched the form later in life, it dawned on me that their dancing was a way of reclaiming their dispossession, but it was also the story of men carrying pain and having to work through those difficult circumstances.”

For the dancers, Maqoma says the discussions were about how to ensure that every movement communicates an emotion so that the audience could “to decipher it in the way that it lands … It is for the audience to go through the process of experiencing death and how death can also be a symbol of healing, in a sense.” 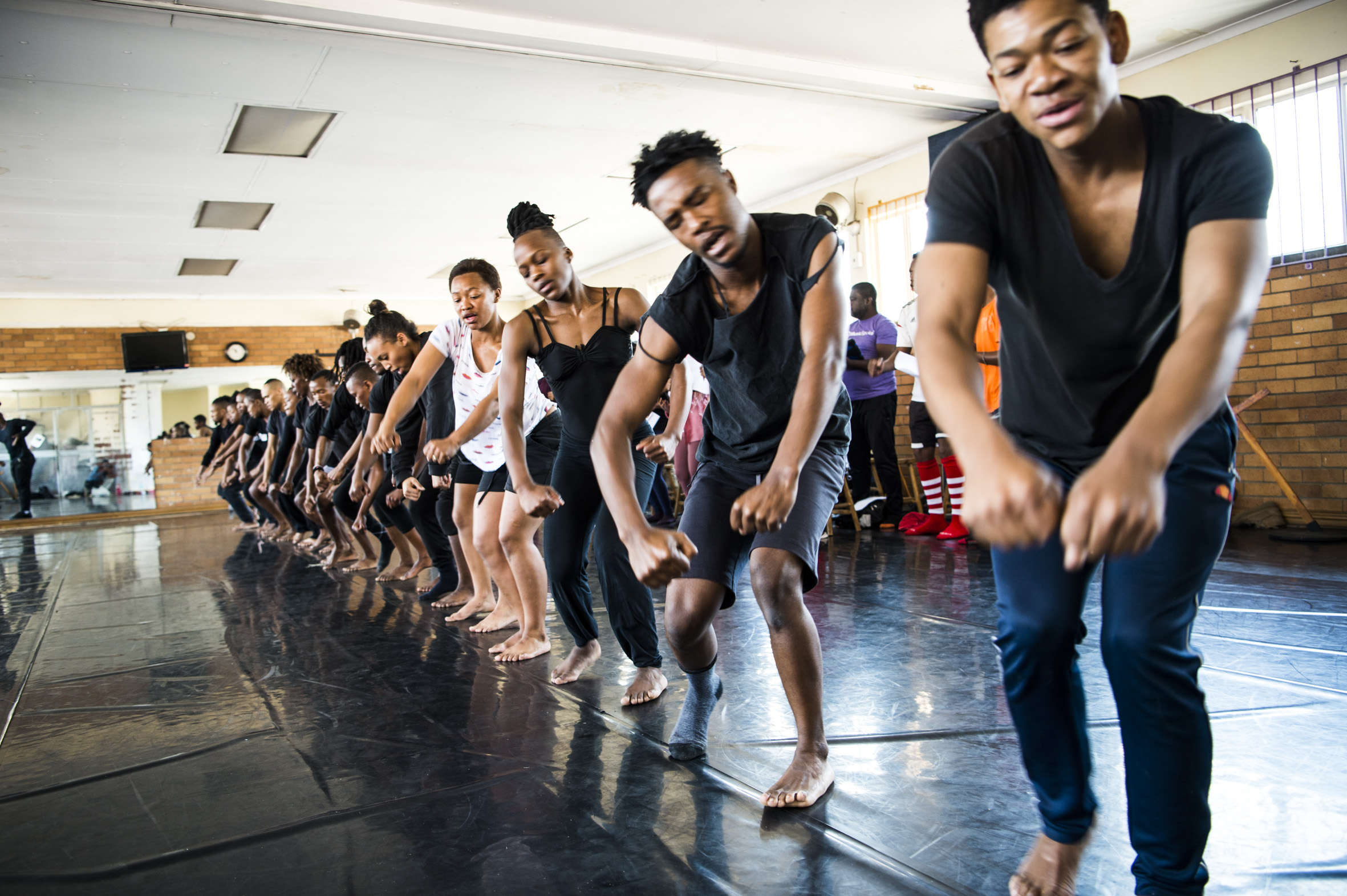 “But also, I wanted to amplify it because we were going into a bigger space, the Joburg Theatre. So it was important that the space did not take over the production. So that’s why we extended the invitation to the Soweto Gospel Choir, to enlarge the scope of the music but also to use those bodies as a landscape.”

Maqoma says that although the choir had to attune to a very different form of singing, in which they become the story through their voices, they are familiar with theatricalities. “They are used to stages, performing in front of different audiences,” he says. 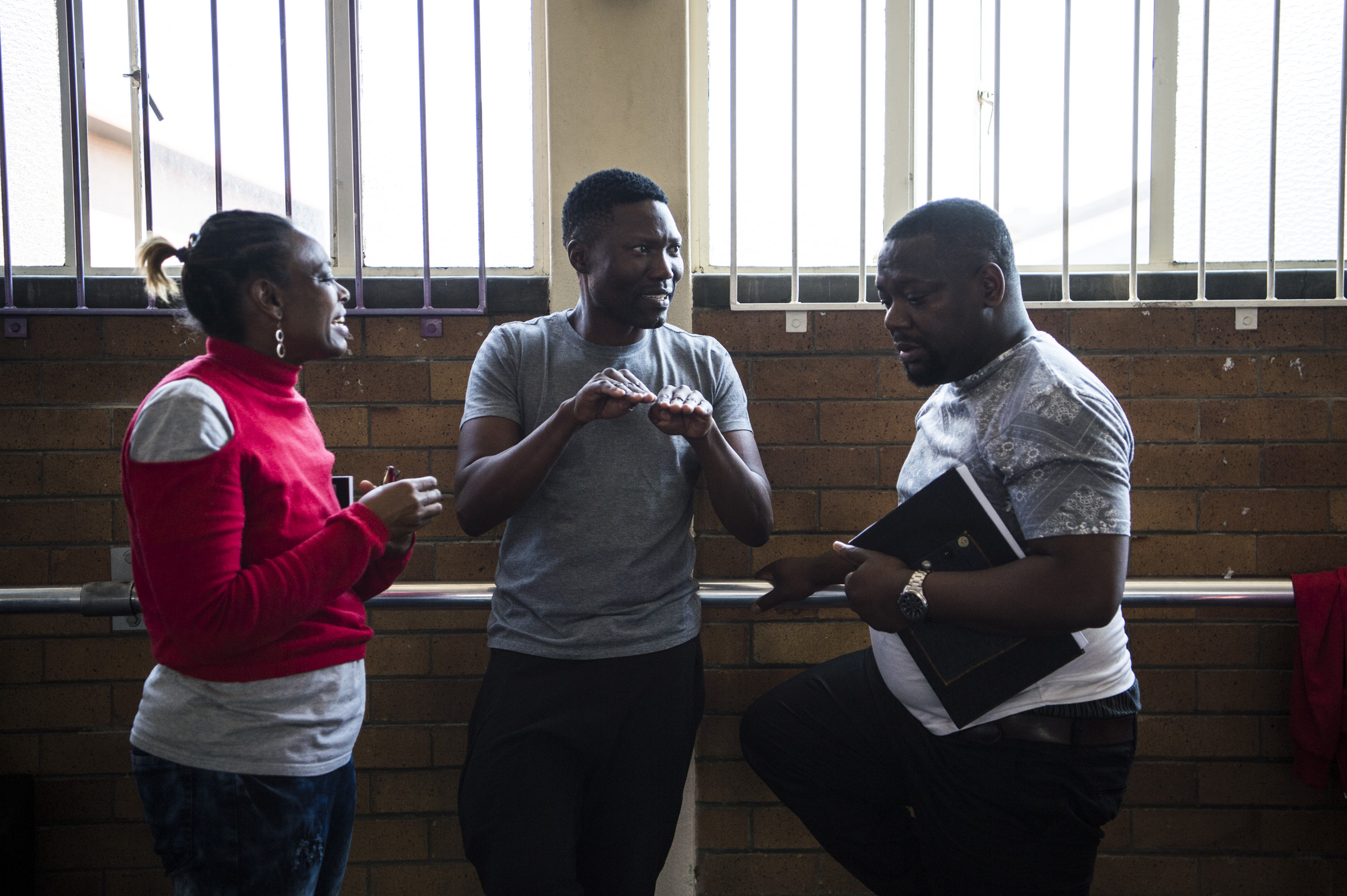 Cion is also typified by attention to detail and a broad interpretive range when it comes to costume choices. In collaboration with Black Coffee, the clothing label headed by Jacques van der Watt, Maqoma says he envisioned costumes that portrayed a community of people who are travelling in a procession. “I wanted them to be a symbol of the world and not to be confined to one culture or tradition. Then he came with a sense of the garments, which could easily take us to East Africa, easily take us to West Africa, to the south of Africa or the north of Africa — and easily Europe. I also wanted them to be androgynous.”

Although shrouded in a dark subject matter, Maqoma says that, ultimately, his production of Cion is about hope, a tug at our collective humanity and a portal to stop and revere the uniqueness and importance of life. Here, Toloki allows us to think about the human aspect of life, Maqoma believes.

“He goes through a lot of rejection because he is an unconventional character … and as he uncovers the history of the runaway slaves, he discovers that some of the mothers were made to hate their own children because they would grow up to be slaves — how they would be given concoctions in order to hate what was growing inside. So life became only important in terms of what it could do for the other person. So he goes through that, but there is also a tenderness in the story of Toloki because he finds love, both in Ways of Dying and in Cion.”

Cion: Requiem of Ravel’s Boléro is on at the Joburg Theatre from September 5 to 15