The wing of change inspires still

Players for the Connect Rugby Academy, a grassroots sports development NGO, could be the next crop of players to don the green and gold. In fact, that’s their goal.

Most of these players were born long after the 1995 World Cup — but the name Chester Williams is as meaningful to them as Bryan Habana or Siya Kolisi.

Nineteen-year-old Lutho Mpanda started at Connect five years ago as one of their first players.

His coaches say the young man has a bright future in rugby. And that if he doesn’t eventually go on to play professional rugby, he’s on track to be a coach, or play a role in the administration of the game.

Though too young to have watched Williams play, for Mpanda he’s a hero and a role model.

“Learning about South African history taught me about Chester. When we watched TV, and they showed the 1995 World Cup, that’s where I saw Chester. He was the only black guy in the squad,” Mpanda says.

One of Connect’s coaches, Yanga Qinga, says Williams’s role in the World Cup had a material effect on the goals and aspirations of particularly young, black boys at the dawn of democracy.

“I was one of the first black kids to play rugby at my school in the early 1990s, and there was always the sense that I didn’t belong,” says Qinga.

“So, going in I channelled Chester’s force, and now that I’m older I realise that representation truly does matter. If it wasn’t for Chester, I probably wouldn’t be doing what I’m doing today. Chester is bigger than rugby, ” he says. 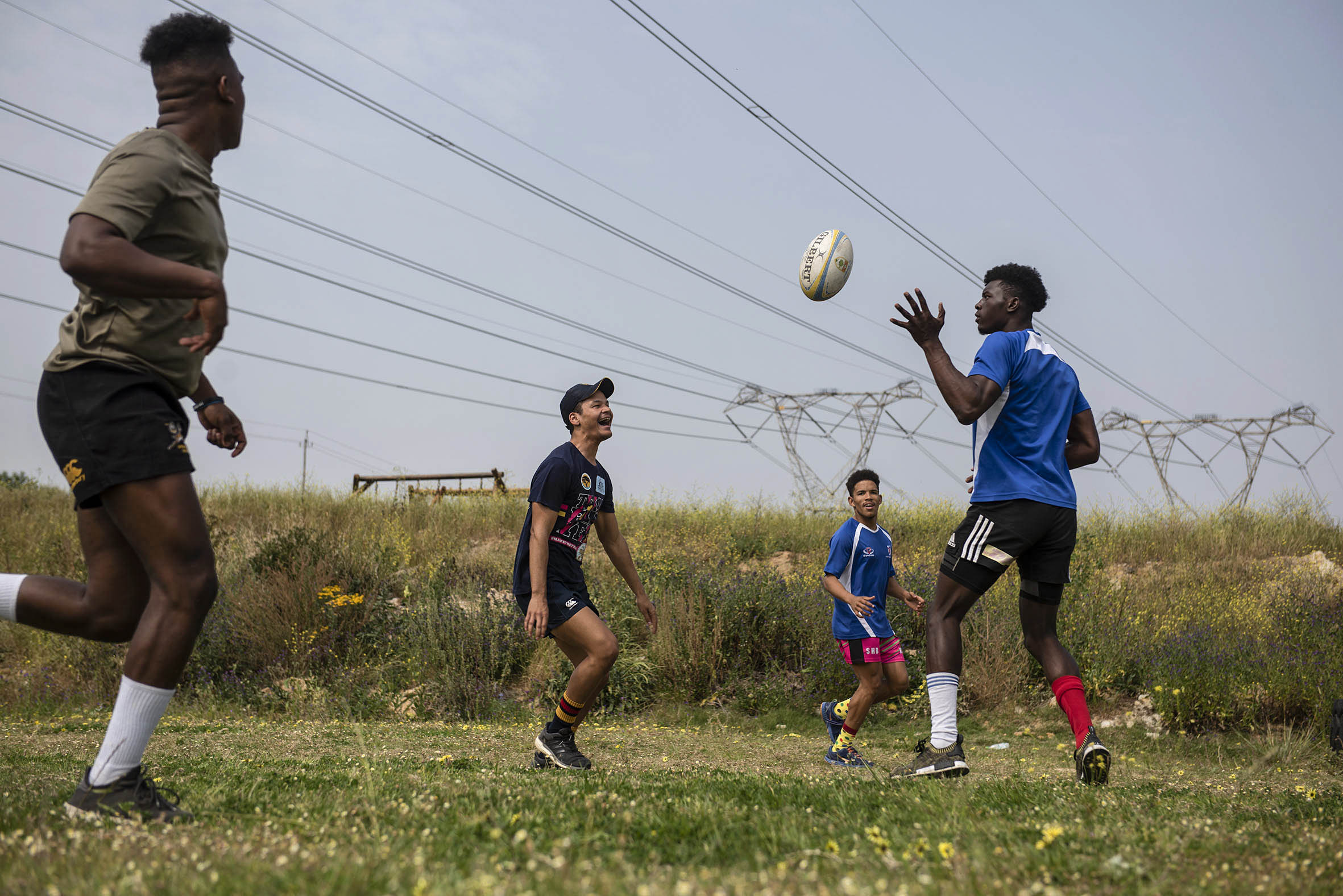 Young power: Being the next generation to don the green and gold is what these youngsters, at the Connect Rugby Academy in Cape Town, are aiming for. (David Harrison/ M&G)

Although Chester Williams was not the first black player to represent the Springboks, his dominating presence, and mild-mannered personality made him an almost instant national hero during the 1995 competition.

This was the tournament meant to represent the Rainbow Nation, just over a year after the first democratic election.

The Springboks will go to the 2019 World Cup in Japan with 11 black players, including captain Siya Kolisi.

Not nearly enough, says Connect, but a start.

“We were deeply disillusioned by the Springbok space before, going through the Heyneke Meyer and Allister Coetzee era,” says Connect’s Murray Ingram.

“But we’ve seen enough from SA Rugby, and Rassie Erasmus, that there’s now intelligence and that they get the lay of the land. We haven’t had that before. And now as some of our boys are getting into the provincial and national system we’re seeing the culture of rugby change, and that’s encouraging,” he says.

Ingram laments the loss of Williams for the role he played in developing young players.

At the time of his death, the Springbok legend was head coach of the University of the Western Cape rugby team.

“We had a meeting with Chester at UWC a month ago. The first time I ever actually met him … he didn’t come across as an administrator, he was a rugby man,” Ingram says.

Another coach, Max Benson, says: “From the hour we spent with him, he was definitely aligned with the development of young people. He wasn’t interested in booking the system just to get a star black African player to play at university level if the player’s grades were not good enough. It stood out as a sign of integrity.”

Twenty-one-year-old Bulelani Sali is one of Connect’s senior players. He’s played at a provincial level for some time. He says that he feels a sense of pride, and responsibility for younger black players, when he takes to the field.

“The dream is to become a Springbok. But now I’m taking it one step at a time. But the end goal is to represent my country. When I first represented Western Province Academy I got messages from some of the younger players. They said I was motivating them. So I realised it’s not just about me. I need to show younger players it’s possible. That a guy from Khayelitsha can make it.”

Sali says seeing black men playing for the Springboks drives him. He believes his goal is attainable. And that his biggest obstacle is himself. 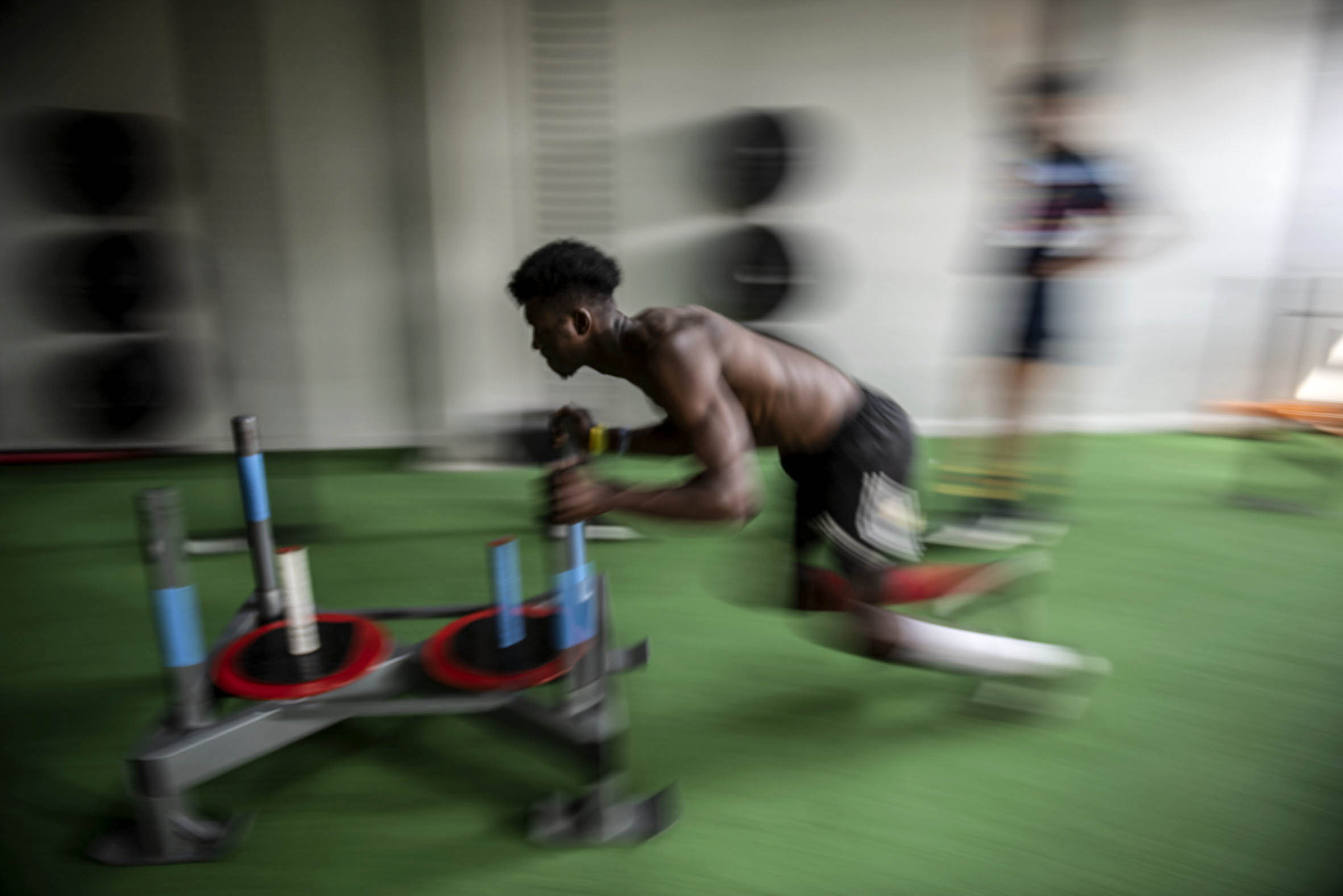 “When I saw another black person getting a Springbok cap like Sbu Nkosi, like Makazole Mapimpi; all those guys come from similar backgrounds. And it gives me as a young player motivation, that it’s possible. Race doesn’t matter anymore, I can just go up there and prove myself,” he says.

Connect Academy’s goal of developing a senior Springbok may soon be a reality — in the form of 21-year-old women’s rugby player Sesethu Mtshazi, who is already part of the SA Women’s Sevens Rugby setup.

“We are especially proud that our first senior international Springbok will be female. We’d love to have more girls and women training with us. There are social-economic reasons, there’s gender reasons where their parents say girls aren’t supposed to play rugby. But Sesethu is a figurehead. And she’s a role model to all the boys here,” says coach Benson.

Chester would have been so proud.