Tembo plays with old and new

There’s perhaps no coach in the PSL that epitomises his club’s philosophy like Kaitano Tembo does. Unassuming, hard-working and resourceful, the Zimbabwean has already proven in his short coaching career that he knows how to eke out every drop of effort from his squad.

That’s the Supersport United way and this year it’s in full effect. Whether it’s sustainable is another question entirely.

For now, that’s a secondary concern. Front of mind is a record third consecutive final booked for next Sunday thanks to an impressive two-legged win over Sundowns. Until last weekend, when the side lethargically fell to surprise leaders Polokwane City, league form was looking pretty good too. Milutin Sredojevic was given a 3-0 thumping as a send-off whereas bold Kaizer Chiefs and Cape Town City sides were fortunate to come away with a point.

It’s all very much counter to the pre-season script. Not given much wiggle room in the market, the odds weren’t with Tembo to put in an elite challenge with a threadbare selection of players. No marquee names arrived whereas a couple of long-standing veterans said an amicable goodbye. For perpetual top eight challengers, United also have a rather small squad. That’s evident when paying a visit to the club’s base at Megawatt Park — you won’t see the swarms of drilling players that you might at Chloorkop or Rand Stadium.

The secret remedy has been found in promoting the youth and resuscitating old hands.

Thamsanqa Gabuza, who joined from Orlando Pirates, epitomises the latter.

“Gabuza has done well since he joined us,” Tembo said before training last week. “But at the same time we need to give him a little bit of space as well to make sure he’s not really under pressure. If he plays his football with a little less pressure he’s able to express himself.

That pressure Tembo is so desperate to avoid was the kernel of Gabuza’s spectacular explosion at Bucs last season when he launched his shirt at the demanding crowd. Patience and understanding are not resources you’re going to get much of in Soweto.

Over at SuperSport, however, they’re prized as necessary values.

“We’ve got a family environment here, where players really support each other.

“We’ve got a good work ethic and we always try and focus on the team rather than individuals,” said Tembo.

The payoff is clear. Gabuza’s three goals in the MTN8 have played a big part in the journey to the final but it’s his overall nuisance value that’s most obvious. Whether thrown in from the bench or from the start, his ability in get in-between defenders has caused the ructions that have allowed Bradley Grobler to profit so handsomely.

Neither of the strike partners, however, were among the goals that knocked out Sundowns last week. Those names belong to the other contingent that Tembo has called on to step up: the youth.

Teboho Mokoena, Jamie Webber and Sipho Mbule — all U/23 internationals — have all been used intelligently so far and could well form the spine of the side for years to come. That reality was underlined when the former two both struck fierce low shots that stunned the Brazilians.

“I think these boys are the future. They are doing well,” Tembo says. “They’re learning with each and every game and that’s key for us. We also try not to put them under too much pressure because they need to keep their feet on the ground and realise that they still have a lot of football to play and a lot of other things to learn. So it’s important that we keep them away from the limelight.”

As the games ratchet up, Tembo will not have an easy battle to keep the pressure off of his youngsters. He has used fewer players (17) than any other coach in the league. Apart from Kaizer Chiefs, no other team has used fewer than 20. When fatigue levels hit, the true tests of the side’s mettle are likely to follow.

“It’s very good that we’re doing well so far and hopefully we can keep the consistency until the end of the season,” Mokoena says.

To have a team grow up together is an increasingly rare gift in modern football. But in the cases of Mbule and Mokoena, it extends long before their time at United.

The midfield duo was moulded at Harmony Sports Academy — an institution that has had some time in the spotlight recently thanks to its co-founder Molefi Ntseki getting the Bafana Bafana job. 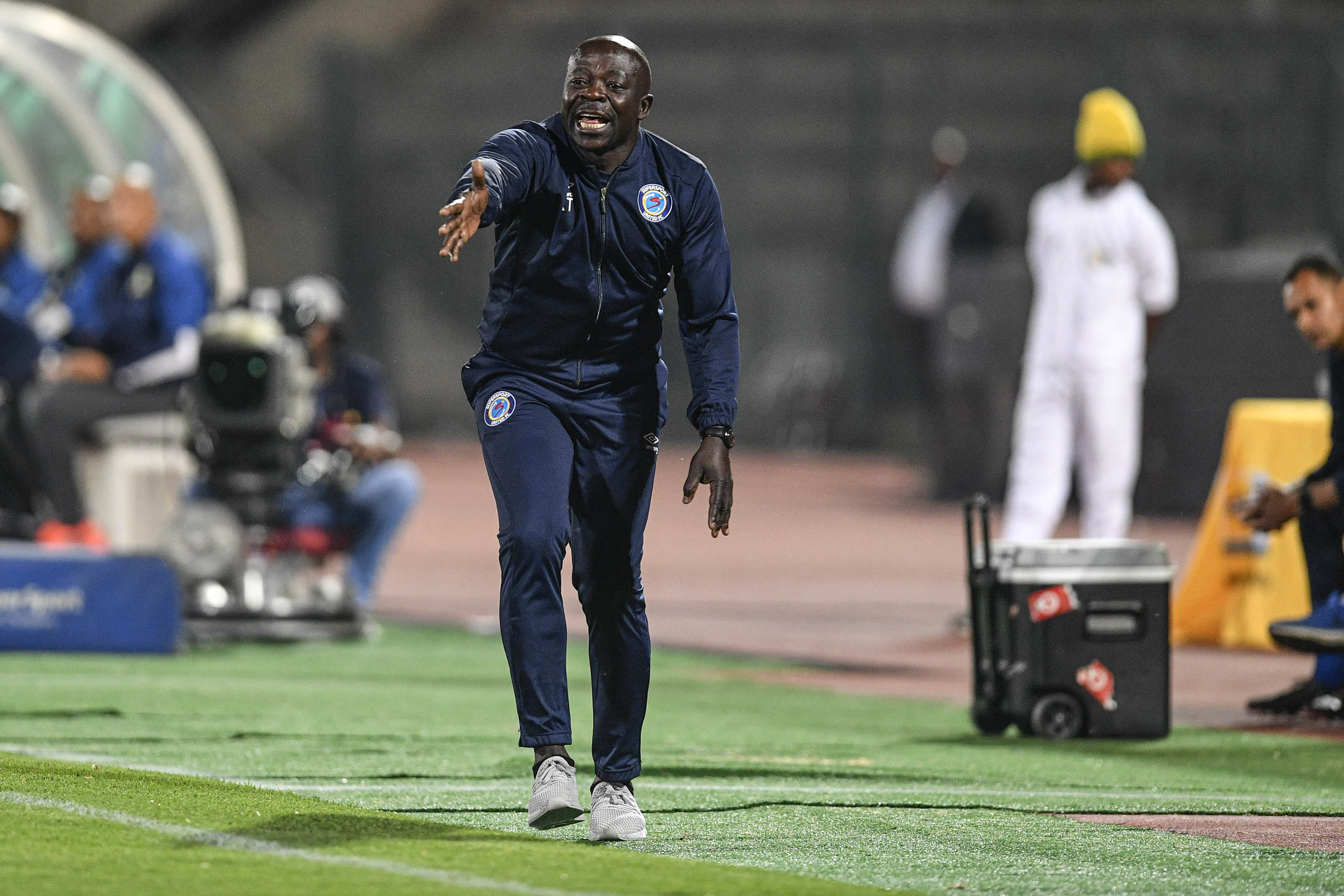 “Sipho and I grew up there together. It’s a very good academy,” Mokoena says. “It’s great because we’ve known each other for the longest time because we’re from the same hood. We know each other’s strengths and weaknesses. Each of us knows what we’re going to do when we receive the ball. It’s an advantage both for the team and for us as players because we play in the same position.”

“Things are much easier when I play with him because we’ve known each other since we were 14 years old and have been playing together since,” he says. “We know each other’s strengths and weaknesses, that’s why we play the way we do.”

Before Matsatsantsa can fully turn their attentions to Highlands Park in the MTN8 final, the job has to get done against struggling AmaZulu and an annoying midweek clash with Bloemfontein Celtic.

The PSL rarely rewards success with an ease in fixture congestion and Tembo’s balancing skills are about to be stretched to the max.