The veracious velocity of virtual reality

I believe that as virtual reality (VR) and augmented reality (AR) technologies mature and adoption increases, these exponential technologies are going to have the same impact on society as the internet has.

Just as the manner in which we communicated has changed from landline telephones to satellite phones and smartphones, and from 56 Kbps dial-up internet to high-speed fibre, so the space of VR and AR is exponentially evolving in terms of its technologies and everyday applications, developing a new world of spatial computing that’s going to change everything.

VR and AR are augmenting our world, creating value for businesses and consumers, all the while allowing communication to become more lifelike and immersive. While some may have first experienced VR and AR at The Walt Disney World Resort in Orlando, Florida as early as 1998, today the technologies are being adopted by industries as varied as education, gaming and entertainment, travel, healthcare, real estate and mining, among others. In the future certain industries such as ecommerce will become predominantly VR-driven, allowing customers to get a realistic look before they checkout.

With more than 171-million VR users around the world, the global VR and AR market is expected to grow to $209.2-billion by 2022, according to Statisa. And as the technology matures, so the cost will decrease — even faster than Moore’s Law. 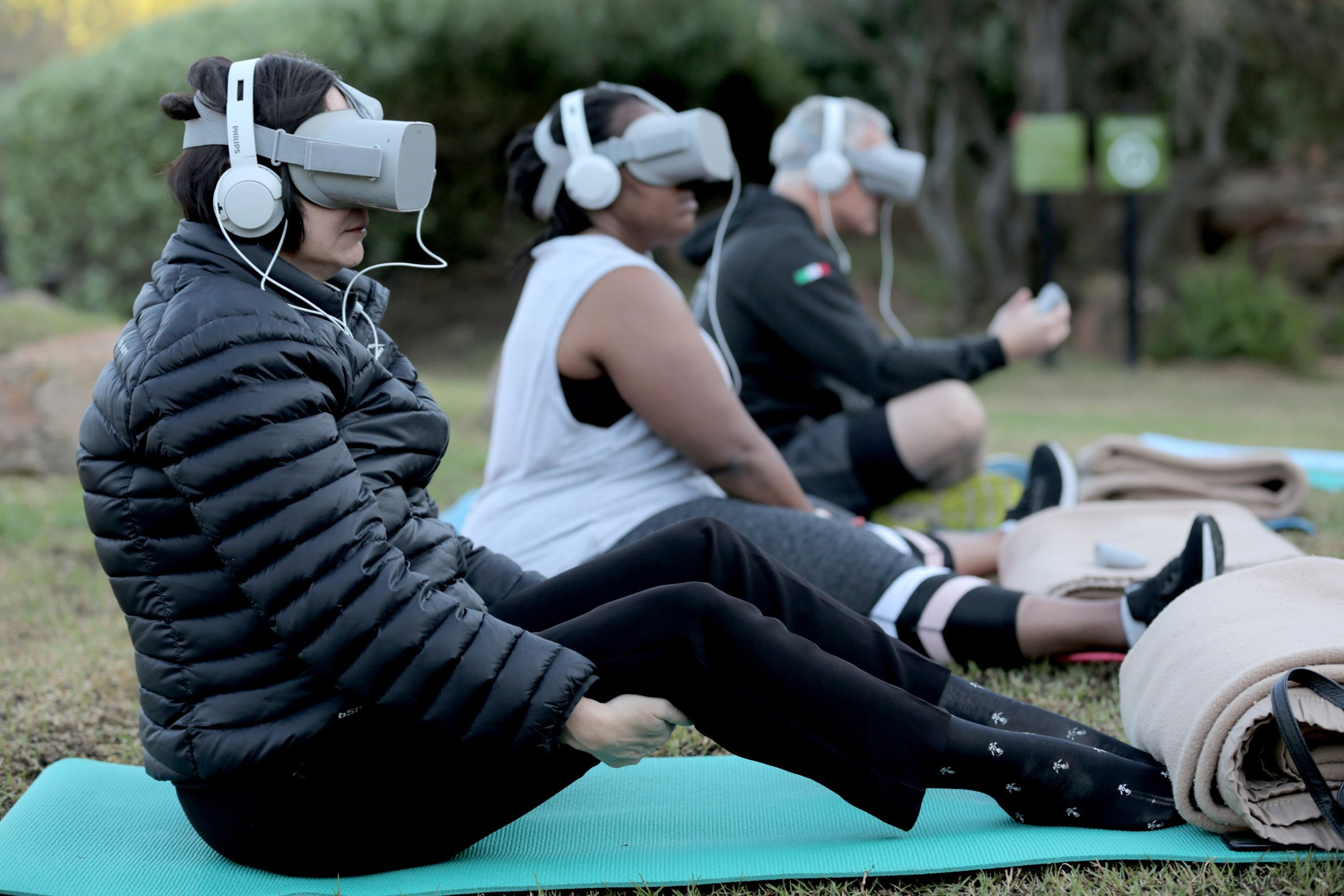 Today, medical students can learn complicated procedures in VR with no adverse consequences; pilots and soldiers can train in safe environments; potential buyers can “walk through” commercial spaces; chief executives can meet with their global teams in a virtual space or conduct a conference in VR; and holidaymakers can choose destinations and resorts based on a virtual trip.

In 2012, Oculus Rift’s Kickstarter programme was a sign of the times to come, especially as VR headsets were further developed on the back of the gaming industry. The campaign exceeded its $250 000 target within a day, and it made $2.4-million via crowdfunding in the end. Oculus was acquired by Facebook in March 2014 for $3-billion and was the first billion-dollar company to emerge from the crowdfunding platform.

The latest $400 wireless Oculus Quest is $200 cheaper than its original prototype and doesn’t need to be connected to a $1000 computer with massive computing power. It’s also part of Mark Zuckerberg’s aim to get one billion people using VR — Facebook is currently beta testing Spaces, its VR app.

Many of the world’s largest tech companies are playing in the VR space with Google’s Cardboard and Daydream, HTC’s Vive, Samsung’s Gear and Playstation’s VR, while more affordable headsets include the Pansonite 3D VR Headset, Topmaxions 3D VR Glasses and the Gearstone G1 VR Headset. Another company to watch is Magic Leap, which, after years of development, released its first headset, the Magic Leap One, in August last year.

Mann Made has also deep-dived into exponential technologies since joining the world of SingularityU (SU). We bought 3D printers, robots and VR headsets, and now offer VR services to our clients. In 2018, we hosted the world’s first global VR press conference using a top US-based VR platform. Despite certain limitations, such as cartoon-like avatars and using a pre-defined room from the platform, South African journalists were able to engage with international SU faculty members in virtual space.

This inspired us, at Mann Made, to take thing to the next level. Flash-forward to 2019. For the past six months, our animations team has used an open source platform to build V-hive, a virtual reality platform that can be used for events, meetings and social gatherings. It offers lifelike features and texturing that resemble real participants, as well as customised meeting spaces.

Mann Made piloted V-Hive with a 30-minute special with Jeremy Maggs on eNCA with myself and Aaron Frank — principal faculty at SU in Silicon Valley. This was the first time that the eNCA set was built in VR. Our discussion revolved around the ethics and implications of VR, as well as how it is permeating every aspect of our lives.

In the two SingularityU Executive Programmes that we have run this year, participants took part in early morning virtual reality meditations. This enabled them to start their day in the best way possible, escaping to an idyllic environment, being guided through a meditation journey using this remarkable technology. 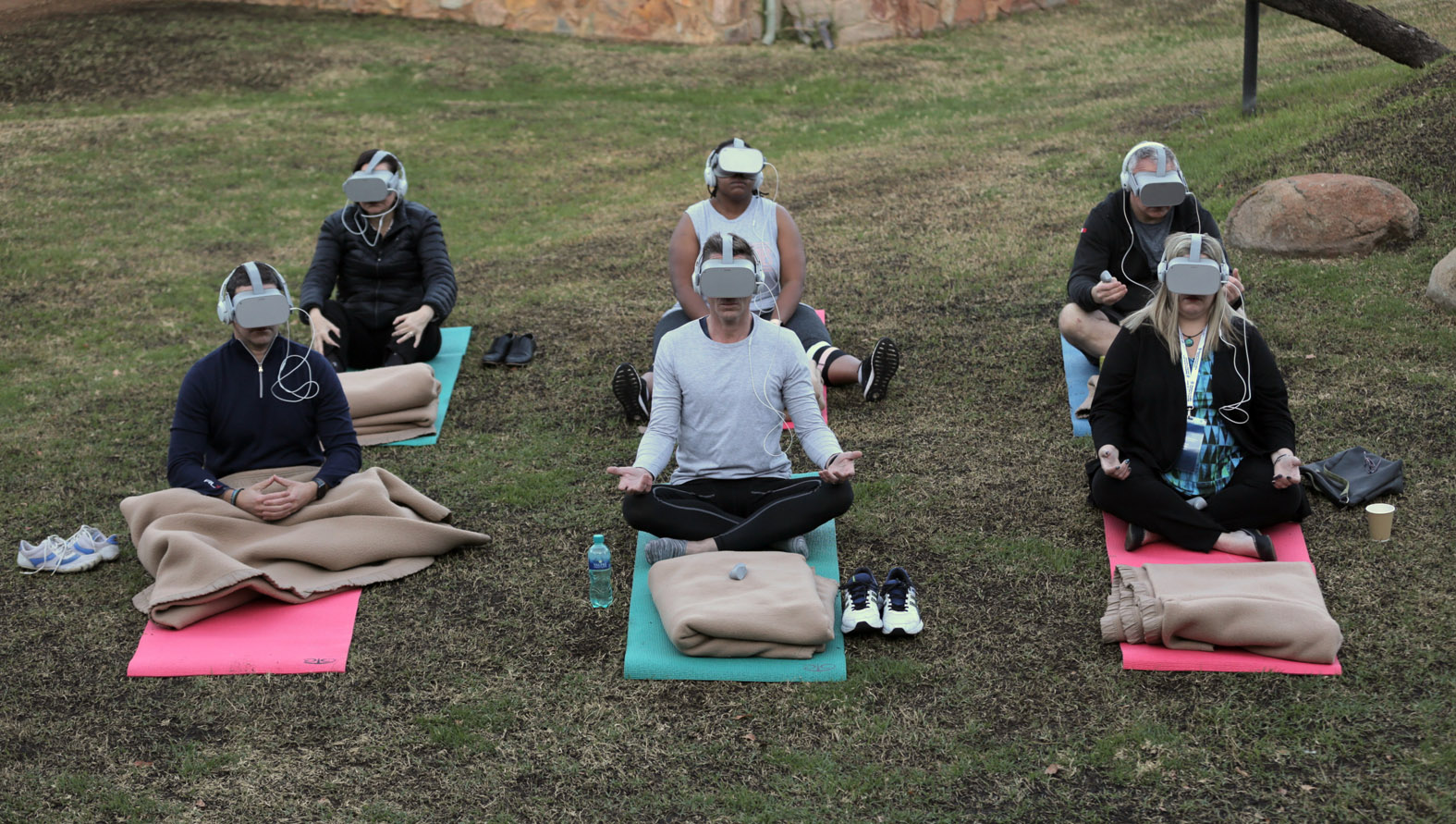 Space and distance out the window

“VR has given me the opportunity to create and explore new worlds and interact with the people within them,” says Ronnie Ho Hip, head of VR & Animation at Mann Made. “Some argue that VR has a high degree of isolation, but in reality, the social aspect is intensely powerful and the potential for self-expression is heightened in these immersive and creative spaces. With space and distance out the window, the only problem that remains is different time zones.”

Virtual Reality applications are endless and have immense potential for training purposes, especially in the aviation, defence and emergency sectors. Mann Made has already attracted interest from global companies that want a more immersive meeting environment, allowing Exco members to meet in a secure virtual reality space without leaving home.

Virtual Reality technology is improving day-by-day with inside and outside tracking, as well as a guardian area that ensures users stay within a safe zone in their real-life environment. Sensors will track users’ eye and facial movements to depict real emotions and expressions, while a full-body haptic suit will add another dimension to VR interactions by allowing users to touch and feel virtual reality through high-fidelity haptic feedback that enhances the realism and quality of the VR experience.

The technologies required for VR and AR are improving, which has resulted in price drops and mass adoption. Exponential technologies are driving industry 4.0. I predict that VR will be mainstream within the next five years. We, at Mann Made, want to be the pioneers, as VR disrupts many aspects of our lives — from the way we learn and work to how we socialise and play.

If you don’t embrace and take note of VR, you might get left behind in the real world!

Mic Mann will speak at the SingularityU South Africa 2019 Summit, hosted in collaboration with The Development Bank of Southern Africa, global partner Deloitte, and strategic partners MTN and Absa. The summit will showcase how technology can be used to solve various global challenges. It aims to address Africa’s most pressing issues by hosting global thought leaders.

What to bring: An exponential mindset and your networking skills

A lot to learn