The school says it never signed off on the deal that could now decide the fate of the country’s tobacco control Bill.

UCT is one of at least two South African universities to have taken Big Tobacco money in the past year. The UCT department’s decision sparked outrage among the broader university, including its health sciences department. The contract has since been cancelled, but in the deal’s wake, other donors have refused to work with the university’s internationally recognised tobacco control unit. Experts worry the now-cancelled contract could make them untouchable for public health funders.

Philip Morris International is the sole funder of the nonprofit organisation Foundation for a Smoke-Free World. The tobacco giant has committed to paying R1-billion annually to the foundation over the next 12 years. According to its website, the foundation supports research into smoking alternatives such as e-cigarettes and aims to fast-track the end of smoking worldwide. To do this, the nonprofit has set up “centres of excellence” in countries including Scotland, New Zealand and India.

In South Africa, the foundation offered just over R1-million to UCT’s department of psychiatry and mental health to set up the African Centre of Excellence for Smoking and Mental Health, according to the foundation’s financial records.

The university only became aware of the donation after the tobacco-funded foundation’s 2018 tax returns were made public, says Leslie London, the head of UCT’s public health medicine division at its School of Public Health and Family Medicine.

By the time UCT learned of the grant, R300 000 had already been paid to its psychiatry department. At the time, the university was drafting guidelines that London says are eventually expected to largely ban university entities from accepting money from tobacco firms.

Meanwhile, the University of Stellenbosch Business School also accepted about R1.2-million for a project called “An ethical framework for a smoke-free world”, tax returns show. The university did not respond to questions about the project.

Scientists have good reason to be concerned about the Foundation for a Smoke-Free World’s motives. The tobacco industry has long used third-party “research units” to back industry claims.

A 2001 study published in the American Journal of Public Health reviewed tens of thousands of leaked industry documents outlining deliberate attempts to discredit scientific evidence about the harms of smoking. The research detailed how the tobacco lobby set up a nonprofit organisation to produce research debunking smoking’s risks and then, in some instances, flooded academic conferences with this.

The body, known as the Centre for Indoor Air Research (CIAR), sponsored “high-quality research” on indoor air pollution. “[W]e all know that many scientists will not accept funding directly from the industry, but will accept funding from entities like CIAR,” a long-time lawyer for Philip Morris wrote in the 2001 research.

But foundation spokesperson Nicole Bradley is adamant that there is no industry influence in her organisation’s work. She says the body also adheres to international gold standards including a set of guidelines that includes eight criteria for accepting tobacco industry funding. These include rules such as transparency, independence and freedom to publish results submitted to the foundation publicly.

She explains: “We adhere to every single one.”

UCT has canned the foundation’s proposed centre following action from the faculty of health sciences.

“The faculty does not accept any form of support, financial or otherwise, from the tobacco industry or its proxies. This includes funding for research, teaching and training, or any other activity related to the faculty,” a health sciences faculty’s statement reads.

But the mere fact that UCT received any money from the Foundation for a Smoke-Free World may be enough to jeopardise funding for its longstanding Economics of Tobacco Control Project. Headed by Corné van Walbeek, the unit conducts research about tax issues around tobacco control for policy makers and public health advocates. 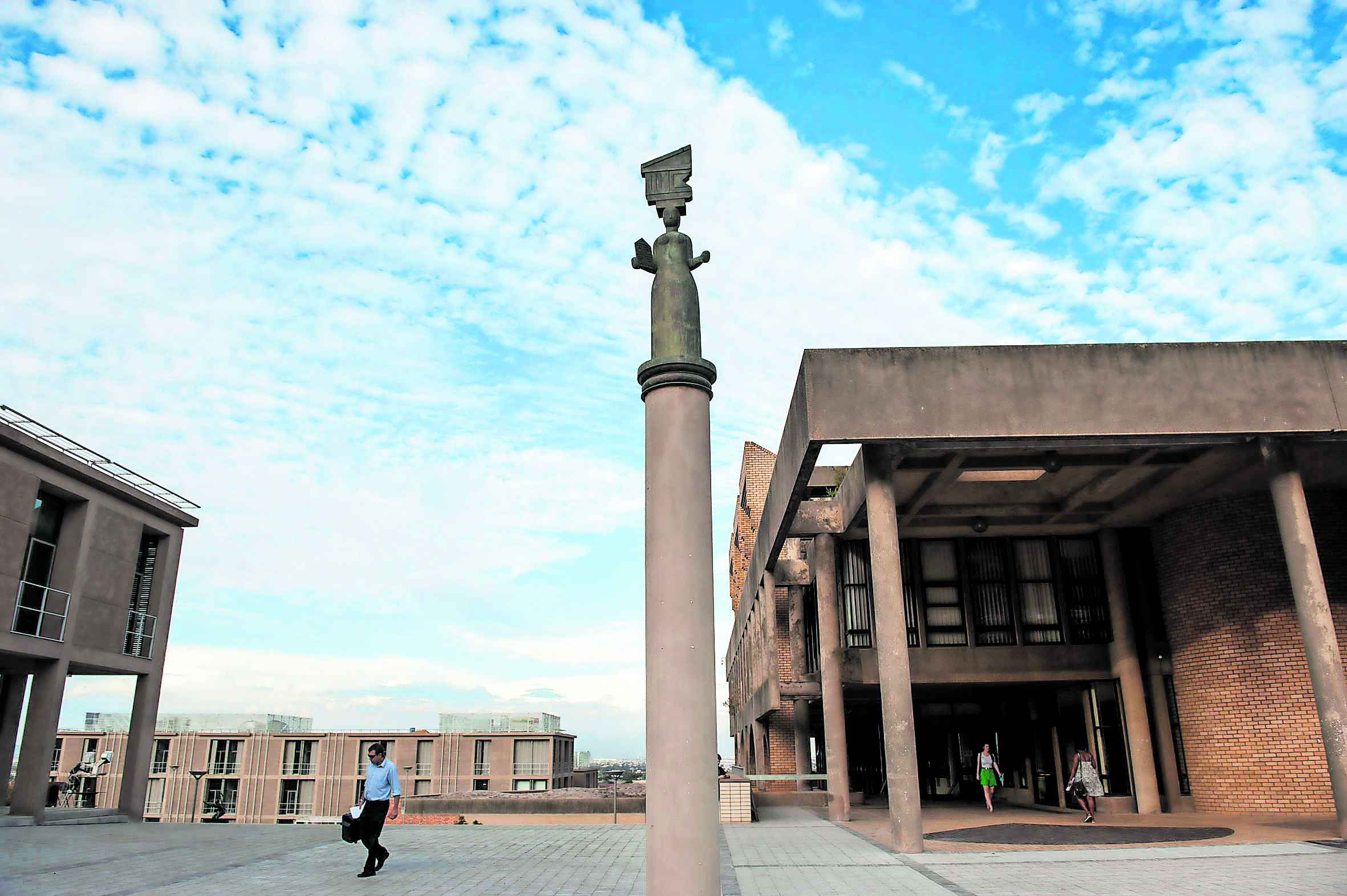 Before UCT’s deal with a Smoke-Free World came to light, Van Walbeek’s project had secured a three-month contract to help inform the debate about the health department’s new tobacco control Bill. The unit would have provided evidence to counter arguments made by tobacco firms in opposition to the proposed law, which would stiffly regulate, for instance, e-cigarettes and advertising as well as ban public smoking.

Now, Van Walbeek says that work might never happen as their prominent funder fears a reputational fallout if they partner with his team at UCT.

He explains: “The organisation is now waiting for the final word from their headquarters in the United States, but the last we heard was that by mere association of UCT as being in the same area as the department of psychiatry, we are being tarnished by implication.”

Meanwhile, companies such as Japan Tobacco International are already on the offensive regarding the Bill. In July, the firm released a survey conducted by a local market research firm arguing that the majority of South Africans did not agree with the government’s move towards plain packaging.

But the study’s methodology was missing important information standard to most published research, including how participants were chosen, where they live and how many responded.

UCT’s decision to cancel the contract with the Foundation for a Smoke-Free World has also revealed deep rifts in the way academics and researchers view taking funding from industries such as tobacco that contribute to ill health.

Adele Pretorius researches psychopharmacology in the department of psychiatry and mental health at UCT. She was poised to head up the unit the Foundation for a Smoke-Free World would have funded.

“I did explore the possibility of working with the foundation, but in view of the faculty of health sciences’ policy not to accept funding or support from the foundation, I will no longer be doing so,” she says.

Dan Stein heads UCT’s psychiatry department. He did not respond to Bhekisisa’s questions. But in a 2015 editorial published in the Israel Journal of Psychiatry and Related Sciences, Stein argued in favour of industry-funded research provided mechanisms were put in place to prevent the introduction of industry bias.

There should be more to arguments about research funding than their labels of being “clean” or “dirty”, he wrote in reference to studies funded by the gambling and alcohol sectors. A complete boycott of industry funding, he argued, was impractical.

He continued: “There is a real opportunity for industry to make larger contributions to improving the health of those who suffer from alcohol dependence, and so to help mitigate the enormous harm associated with alcohol.”

In the world of pharmaceuticals, academics who work with the industry have put safety nets in place to make sure business interests do not trump the rights of patients, Stein wrote. These include disclosing conflicts of interest and ensuring trial databases are publicly available.

In 2010, Stein and Pretorius also worked together for the National Gambling Board’s responsible gambling programme. Pretorius was appointed the treatment director there under Stein’s leadership.

But other UCT colleagues are not convinced.

“As pulmonologists, money that has been generated by causing the very illnesses our patients suffer and die from, is money we should live without,” he argued in a 2018 statement in response to the Foundation for a Smoke-Free World and published in the African Journal of Thoracic and Critical Care Medicine.

Globally, the World Health Organisation has publicly stated that it will not engage with the foundation and urged United Nations member states to keep their distance.

Although the foundation purports to be an independent scientific centre, the nonprofit has failed to secure funding except from tobacco giant Philip Morris International. What’s more, the foundation spends more on public relations than on research, tobacco control researchers write in a June analysis of its tax returns published in The Lancet.

Three-quarters of the foundation’s money remains unspent, which the authors argue is an indication that the body is struggling to find researchers to take industry money.

They explain: “This does not match the picture the foundation paints of itself as a scientific body but instead supports the growing consensus that the foundation provides a key public relations function for Philip Morris International.”

This story was produced by the Bhekisisa Centre for Health Journalism, http://bhekisisa.org. Subscribe to the newsletter http://bit.ly/BhekisisaSubscribe