On November 9, Thandiswa Mazwai headlines the Hugh Masekela Heritage Festival at the Soweto Theatre Precinct. She will take to the stage with members of Bra Hugh’s band, which comprises Godfrey Mgcina (percussion), Johan Mthethwa (keyboards), Leeroy Sauls (drummer), Fana Zulu (bass), Cameron Ward (guitar), Sthembiso Bengu (flugelhorn) and Thami Mahlangu (tenor saxophone). She spoke to the Mail and Guardian about her memories of playing with the trumpeter and what fans can expect from her collaboration with his band. 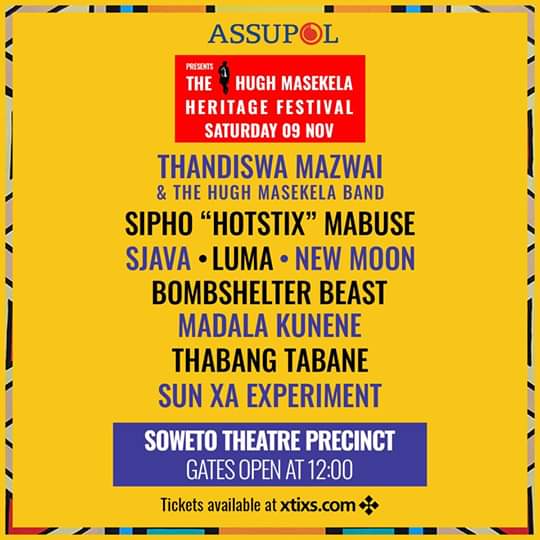 What were the music lessons you learnt from Bra Hugh?

The music lesson from Bra Hugh was to always stay authentic to my own experience. To make music that represented my story, my history, my people’s experience of the world.

What was the best part about collaborating with him?

Bra Hugh was very giving of his gift and talent. The best part of collaborating with him was the very idea of being in studio with the great Hugh Masekela.

What is your fave Bra Hugh song and why?

There are too many to mention. I have the entire Hugh Masekela discography. I have a favourite album and that’s Hugh Masekela – Introducing Hedzoleh Soundz.

Would you ever attempt any of it on stage?

I’m not afraid to attempt anything on stage! I’m very brave on stage which is the total antithesis of what I really am.

In what way does playing with his band remind you of him?

During rehearsals his band tries to act like him, talking to each other like he would. This makes me really miss him.

How do you feel out a new band, any tricks of putting them through their paces that they might not be aware of?

I play with new bands all the time because I’m big on trying out new things. The trick for me is to allow everyone’s creativity to enter the room and then we all grow from there. Playing music is fellowship and it’s one of the most sacred spaces I inhabit in my life. I have great respect and love for music and musicians.

Hypothetically, what would your Bra Hugh setlist be?

For this show we are playing a lot of fan favourites but if I get to do this a few more times I would like to explore a lot more of his folk music; stuff he learned from his first wife Mama Miriam Makeba.