‘South Africa’s Enron” is how the Steinhoff corporate scandal was described by its new board chair Heather Sonn. It’s an apt description in more ways than one.

Like Enron, the implosion of the global retailer Steinhoff was swift and devastating. In December 2017, the company revealed it could not bring out its annual financial statements because of “accounting irregularities”. Then came the revelations that it had overstated its profits and assets by a staggering R105bn. Within six months, the value of Steinhoff shares had gone down by 98%.

But what makes the Steinhoff debacle so typically a South African version of a global corporate scandal is the snail’s pace at which law enforcement is moving. With Enron, the first criminal indictment came within three months of the company filing for bankruptcy. In nearly two years, there is yet to be an arrest, let alone a prosecution, for Steinhoff.

The company is reportedly being investigated by the Hawks and the National Prosecuting Authority. A fine was imposed by the Financial Sector Conduct Authority and there has been some civil litigation to try and claw back some of the losses. But as yet there is not even a whiff of criminal charges. What there is, however, is a 7 000-page forensic report — 3 000 pages of report and 4 000 pages of annexures — by PwC, after months of investigation.

Media house Tiso Blackstar (now Arena Holdings) and the ama­Bhungane Centre for Investigative Journalism are now seeking to force Steinhoff to make this report public, saying it would reveal the extent and the detail of the unlawful conduct in what was “arguably South Africa’s biggest corporate fraud ever”. In court papers filed towards the end of October, Tiso and amaBhunganesay it is in the public interest that the report be made public.

“The apparent fraud that took place at Steinhoff … was not a crime committed in the esoteric world of high finance. It affected the large majority of South Africans with some form of retirement savings,” said Rob Rose, editor of Tiso’s Financial Mail in an affidavit, filed in the Western Cape High Court.

As huge as the Steinhoff scandal is, the court case has even wider implications: it will test the extent to which legal privilege can be used as a shield against those seeking information in the public interest.

This is because Steinhoff’s reason for refusing to make the document public is that its confidentiality is protected by “legal professional privilege”. When Tiso and amaBhungane applied under the Promotion of Access to Information Act (Paia) for the full report, Steinhoff said it was commissioned by Werksmans attorneys on Steinhoff’s instruction “on the basis, directly, of providing legal advice in contemplation of litigation”.

In principle, legal advice from lawyer to client is confidential, as are documents created for the purpose of litigation. When a document is sought from a private company under Paia, the company is entitled to refuse if the document is privileged. Similarly documents that would normally have to be disclosed during the course of litigation can be refused if they are privileged.

Rose says there has been an increase in the practice of housing forensic investigations within law firms — he believes deliberately —to harness the protection of legal privilege. Speaking to the Mail & Guardian, Rose said companies were doing this more and more these days so that they have “this fig leaf to hide behind”.

“This month, Sasol spoke of a review it had commissioned into what went wrong at its Lake Charles project in Louisiana, but the petrochemical giant fell over itself to stress upfront that the report was ‘legally privileged’. EOH, which suffered years of corruption, has done the same. And sugar company Tongaat Hullett, which also suffered a bout of ‘accounting irregularities’, said in August that a forensic investigation by KPMG into what went wrong ‘is confidential and subject to legal privilege’. As a result, Tongaat said the report ‘will not be published’.”

If Tiso and amaBhungane succeed in their case, it might put an end to this practice. But the case is an ambitious one because courts have been slow to go behind claims of privilege.

In his affidavit, Rose said the PwC report is not covered by legal privilege. Firstly because its “dominant purpose” was not to be used for litigation. 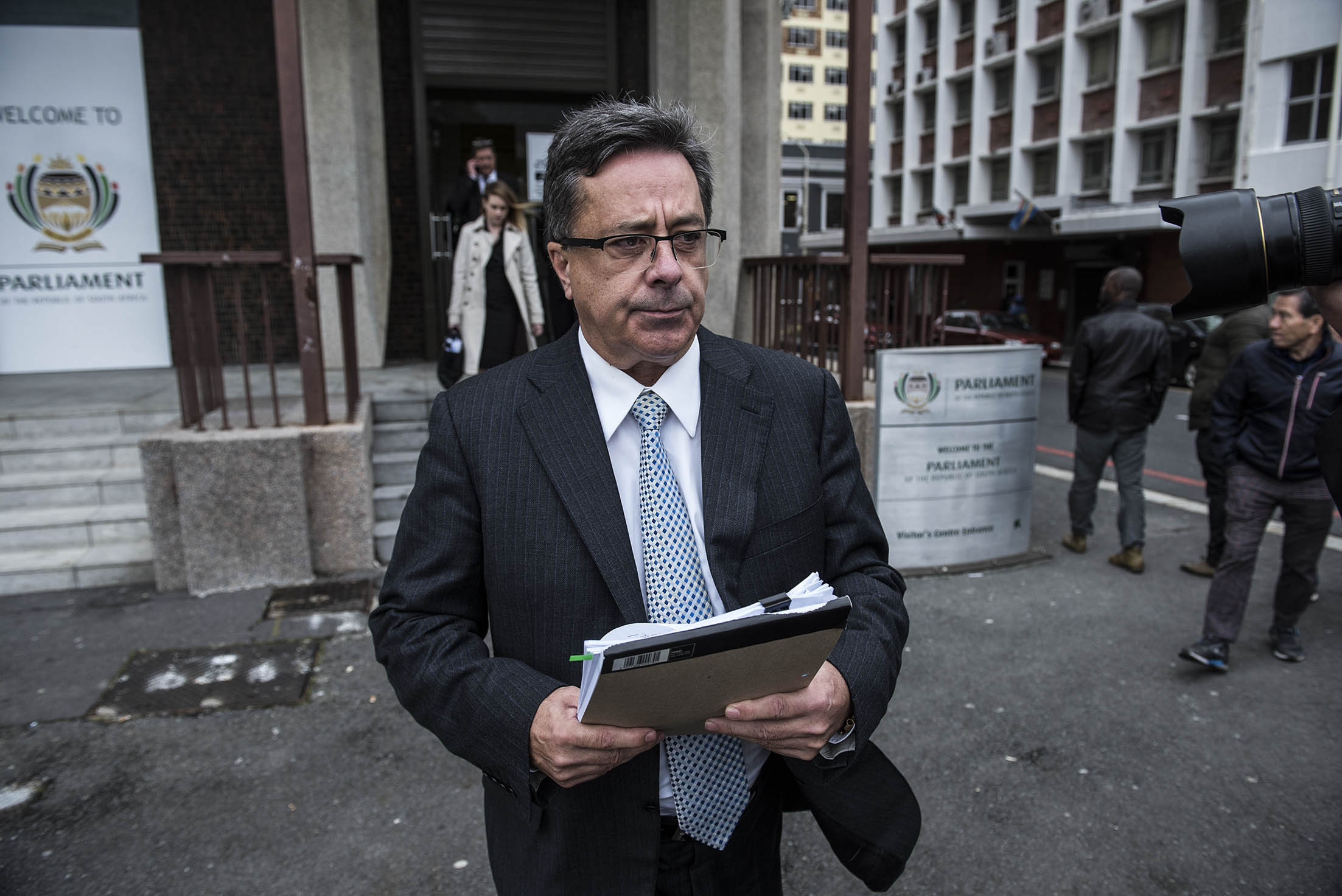 Rose referred to the presentation made by the company to its shareholders in April 2018 at its annual general meeting, which said that the aim of the PwC investigation was to ascertain what happened, what the financial implications were and who was responsible.

“At no point in the presentation is the possibility of the institution or defence of legal proceedings listed as a purpose — much less the dominant purpose,” said Rose.

“Steinhoff cannot be permitted to conduct an investigation of this nature and import and then to cherry-pick aspects of the report produced for dissemination to the public, while retaining privilege over it”. Steinhoff has said that there has been no waiver.

In any event, Rose said, the public interest overrides privilege and outweighs any harm that may result from the release of the report. The substance of the report was already in the public domain and shareholders, pensioners and members of the general public have an interest in knowing how their losses came about.

Rose was here countering Steinhoff’s statement when it refused access. The company said that the public interest would not outweigh the harm caused if the report were to be released — “bearing in mind” that there was legal action yet to be taken, which “may include cooperating with various regulators”.

Steinhoff is yet to file its own court papers. The company said it was unable to respond fully to the M&G’s questions but said it would oppose the court case.

In answering the case from Tiso and amaBhungane, Steinhoff is entitled to supplement its grounds for refusing access to the report and may well do so. The statement that Steinhoff may be “cooperating with various regulators” hints that the report’s use by law enforcement agencies could be additional grounds claimed for keeping it out of the public domain. Steinhoff’s answering court papers are expected towards the end of November.

An 11-page overview of the 3 000-page report by auditing firm PwC into the shenanigans at retailer Steinhoff was released in March. It revealed that a range of “fictitious and/or irregular” transactions inflated the profits and assets of the group by over €6.5-billion, or over R100-billion, between 2009 and 2017.

The overview did not specifically name former chief executive Markus Jooste as party to the suspicious dealings, but instead spoke of a “senior management executive” that was apparently key to their implementation.

It said that “a small group of Steinhoff group former executives and other non-Steinhoff executives” structured and implemented various transactions over a number of years that had the effect of substantially inflating Steinhoff’s profit and asset values.

The PwC investigation found “a pattern of communication” showing that the senior management executive “instructed a small number of other Steinhoff executives to execute their instructions, often with the assistance of a small number of persons not employed by the Steinhoff Group”.

The fictitious or irregular transactions were entered into with third parties that were made to appear independent of the Steinhoff Group. Instead, according to PwC, they now appear to be closely related to, or controlled by the same small group of executives and outsiders.

The income generated from the suspicious transactions, as well as a number of others, amounted to over €6.5-billion from 2009 to 2017.

Traditional universities must adapt or die