Trumpian troll cons it to the big time

Colby Covington is the answer to a question you would have never cared to ask: What would Donald Trump’s Twitter account look like if it strapped on a pair of gloves and entered an octagon?

This animated internet troll has become one of the most hated athletes on the planet and yet simultaneously stands on the precipice of greatness. Equal parts caricature and Trumpian acolyte, it’s impossible to know just how much of it is real or him conning the system.

It hardly matters to him or his ambitions; he’s put himself in the picture and is now set to reap the rewards: in less than a month’s time he will fight Kamaru Usman for the welterweight title in a bout that could reshape the landscape of the division.

Just what this hornswoggle personality does for the integrity of the Ultimate Fighting Championship (UFC) and combat sports more broadly is another matter entirely.

How did he get here? It all happened rather quickly, which is part of the amazement.

Back when Nate Diaz fought Conor McGregor for the second time — a new height for UFC’s popularity in 2016 — Covington was a footnote on the card. As an early-prelim with an unremarkable fighting style and vanilla personality, no one was clamouring to suggest he would go on to make something of himself. But then few had their eyes open to what would be arriving in the United States national elections later that year either.

Covington saw his opportunity and pushed all his chips to the centre of the table. He donned a pair of eternally annoying aviators, strapped on a Make America Great Again hat and began to religiously share the word of Trump. Appropriately, he improvised with plenty of his own bigotry and needless ranting.

In one wardrobe change he became the trash-talking redneck that an incensed liberal America envisioned as the cause of Trump’s win and the root of their own failures.

Professional wrestling calls this a heel turn — when someone becomes a baddie with the intention of riling the crowd. And rile them he certainly did. 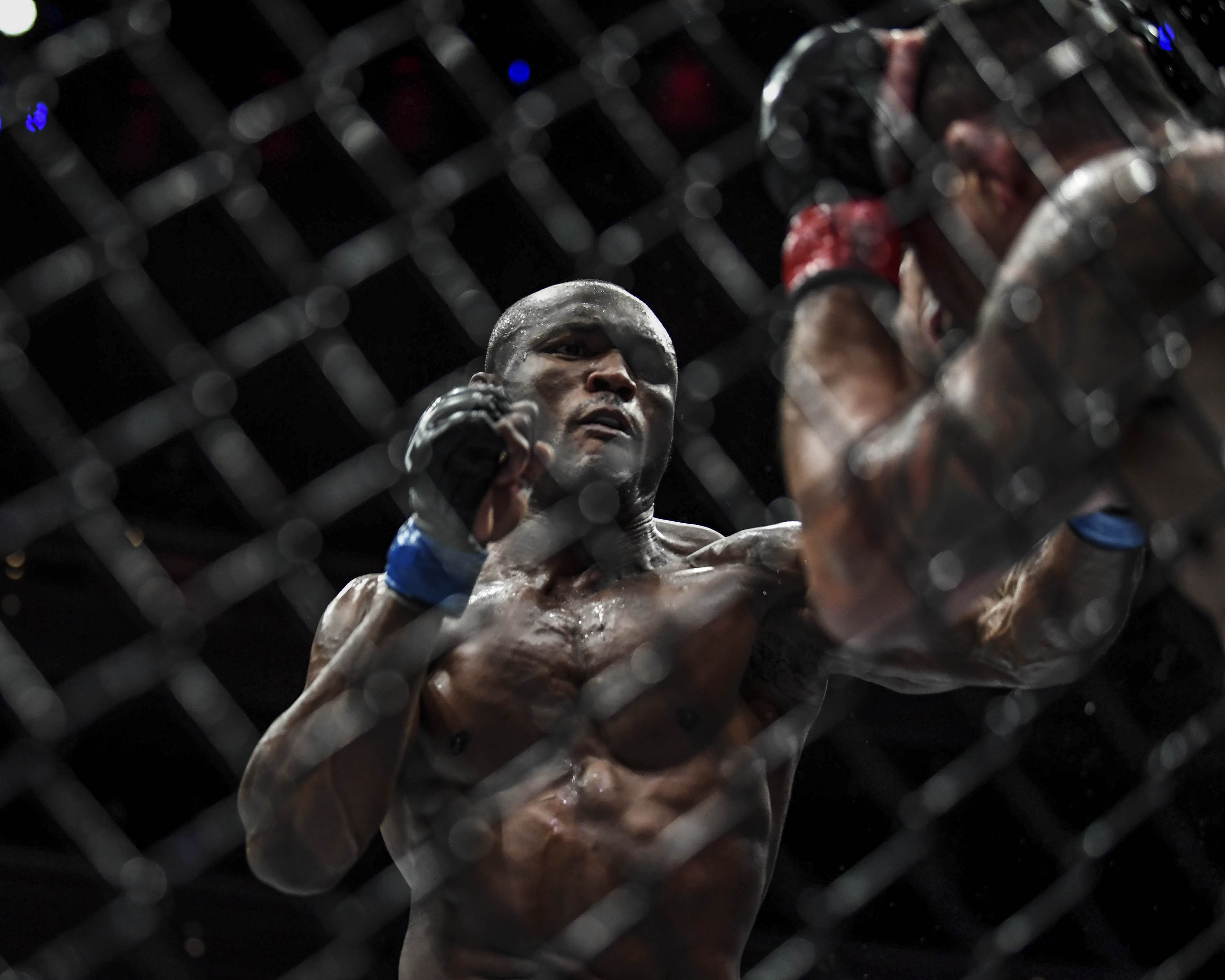 From there it’s simple, bloody maths. You want to see him fight in the hope he gets his mouth forcefully shut. The longer it keeps yammering, the more you’ll pay to see it happen.

Credit must be extended to him for escaping that fate and getting the better of his opponents. But, especially in the competitive welterweight division, there’s no denying his ascent to the big-money fights has been fast-tracked by his antics.

In that time the gimmick has spiralled to a point where it’s hard to imagine Covington knows what’s real or what’s manufactured. He even became the first UFC “champion” (he still carries around an interim title even though it’s been stripped from him) to visit the White House. That’s not an insignificant trip in an era where teams and individual athletes make as a matter of political pride to reject invites from the president.

Trump has also made sure to reciprocate the love, tweeting messages of support before a fight. Sons Donald Jnr and Eric Trump have watched Covington in the arena and he happily promoted Donald Jnr’s new book (Triggered: How the Left Thrives on Hate and Wants to Silence Us) at the latest presser he attended.

Again, this sort of attention translates to more eyeballs on the UFC. But, just as Covington himself has given up a part of his soul to become this vacuous zealot, so too is the UFC in danger of slipping into the comparison it so loathes: professional wrestling.

Usman, who has been happy to cross his arms in bemusement, has an opportunity to end — or at least halt — the circus next month. If he doesn’t, we could be looking back at this matchup as a seminal moment in defining what it takes to succeed in the sport.