So much can change within the space of a generation, but perhaps even more within the space of a few months. It was only a few months ago, in May, on election day, that South African President Cyril Ramaphosa and rapper AKA were playing buddies on Instagram live, showing off their inked thumbs to each other, imploring the youths to vote and vote “right” (nudge, nudge).

Perhaps wrapped up in Ramaphoria, AKA’s platitudes to the “president of all presidents” sounded pretty much like a long-distance Christmas message, with AKA certain that his Santa Claus would lead us to “prosperity for the next five years”.

The unemployment statistics continue to tell a different story, as do the malcontents of Jeppestown when they take to the streets to perform their own brand of outsiderness. On the hills of Kensington, they say you can hear their stomach grumblings morph into war cries, bouncing off the cracked window panes of hostel halls.

After Burna Boy’s fake news-inspired outburst, his refusal to apologise for his misguided tweets, and rumours that the Africans Unite concert he was about to appear in this weekend was state-sponsored, AKA — the ANC’s favoured mascot — is “NEVER getting involved in Politics ever again. On any level,” as he tweeted in a meltdown on November 16. He cited “silence from my own leadership”, and a realisation that, in all this time, he had not been led but “been left to lead”.

Of course, in the days of social media, which can amplify storms in tea cups for retweets from a few million “followers”, it is easy to assume the mantle of “leadership”. 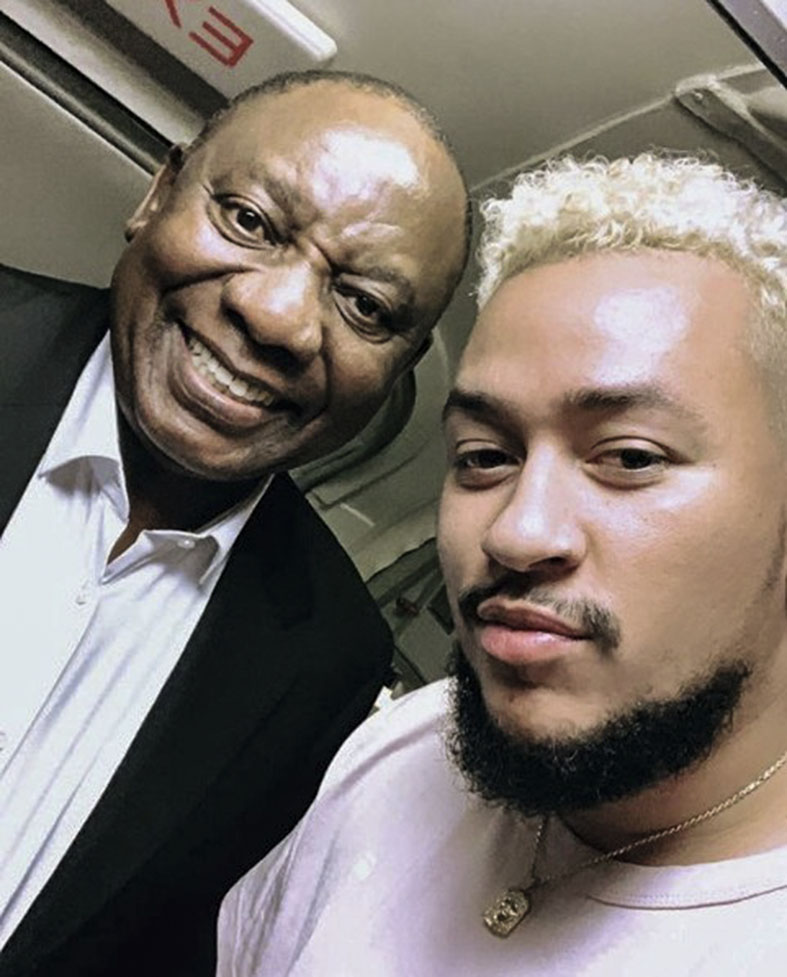 In a musician’s terms in present-day South Africa, “leadership” really means speaking only when spoken to, flashing your inked thumb at strategic moments, then flashing your life for “followers” to live vicariously through in the intervening years. The subtextual message is that you too can attain this level of access and success if you only “vote right”. You too can become an honorary politician, throw money at a few causes and focus on the business of largely self-referential rap music.

With free and fair elections still something of a reality in South Africa, it is easy for the likes of AKA to be petulant on social media and turn their endorsement of the ruling party on and off like a communal tap. Just like for Burna Boy it is easy to leverage your global visibility and mobility for a revolutionary posture. All you have to do is spout inflammatory rhetoric without bothering to check the most basic of facts, and then play into the hands of self-serving politicians (such as the Economic Freedom Fighters, who have defended Burna Boy’s right to appear at the Africans Unite concert).

In other locales, the time for tantrums between the beatings is limited. Ask Ugandan parliamentarian Bobi Wine — who made his name as a musician —about the long tentacles of dictatorship in Uganda; or rapper Pilato in Zambia, what it is like to miss your country, only to return to a jail cell?

Not to delegitimise self-expression as a form of struggle, but next time we are uniting Africans over the issues of the day, could we cast our nets wider than our Twitter feeds.