Jo’burg pool in the deep end

By noon on Monday the East Bank public swimming pool in Alexandra, Johannesburg, is spilling over. Water runs down the path that leads outside, where there are even more smiling children — droplets clinging to their eyelashes.

Lifeguard Mluleki Nyombe is not phased by the hundreds of children splashing in the small pool. 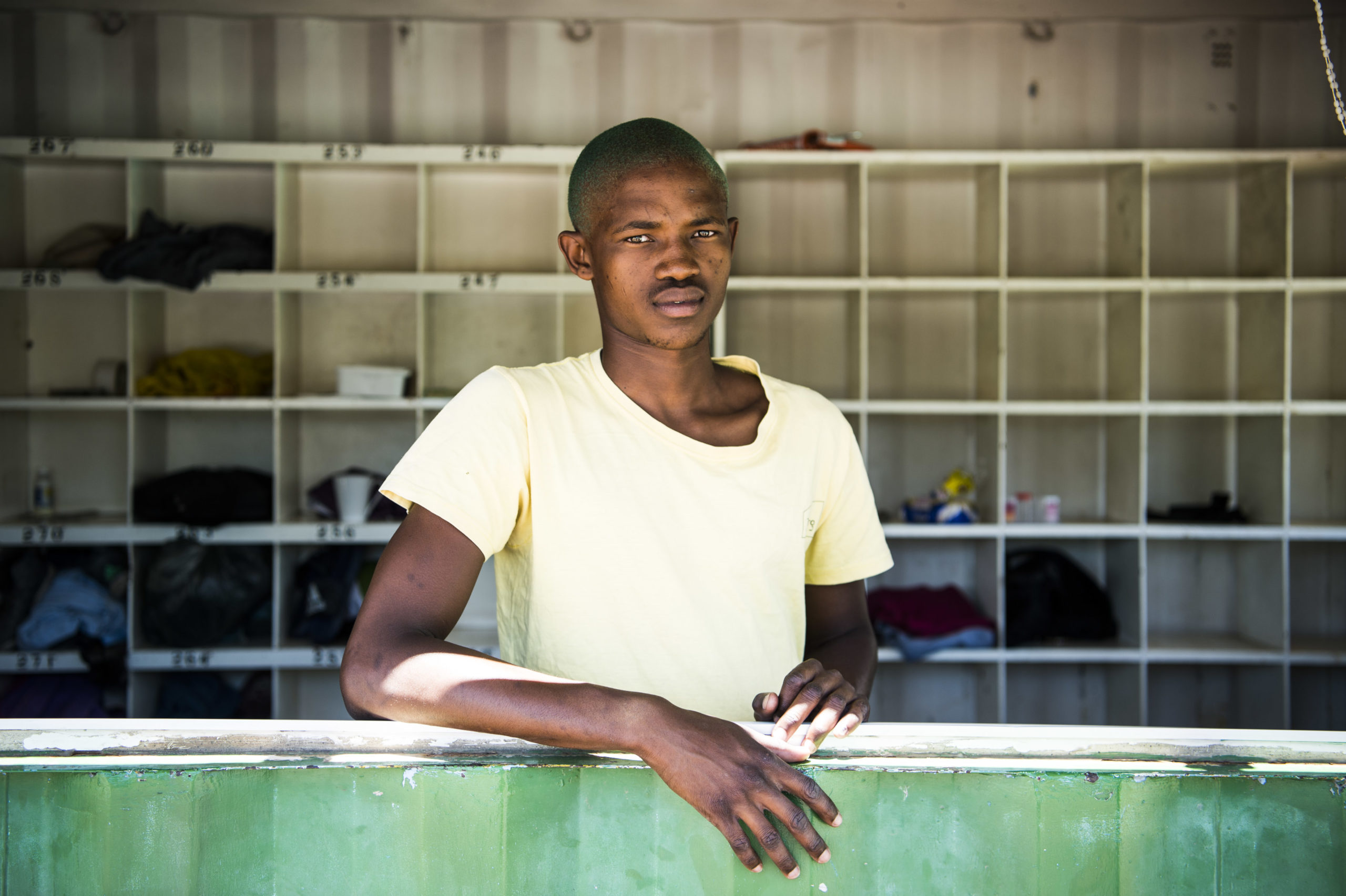 Mluleki Nyombe is a lifeguard at the smaller pool in Alexandra.

“We’re used to it by now,” he says. The 22-year-old’s short hair is dyed a festive green. “It gets even busier on weekends. On weekends the pool changes colour.”

The pool is the only one in the Johannesburg township, which is home to about 180 000 residents.

On Monday the 30°C heat nudges the children to the pool after school. Nyombe and four other lifeguards watch over them as they swim, dive and splash around.

Nyombe learned to swim in the pool after he was diagnosed with asthma. He says the pool is important to everyone who visits it.

“When you enter in here, you become happy,” Nyombe says, beaming. Short bouts of laughter pierce the air. “You know there will be happiness, relaxation and happiness.”

That same afternoon, the park outside the pool in the mostly white suburb of Sydenham, about 8km from Alex, is quiet.

A small group of children, some of them from Alex, wait around hoping the gates will be opened. The pool’s pump broke over the weekend and would be fixed later that afternoon.

But the looks of disappointment on the small faces has become a common one. Last month, a decision was taken by the City of Johannesburg to close the Sydenham pool on weekends and public holidays.

In a statement, the City’s MMC for community development, Nonhlanhla Sifumba, said the closure “was requested by the residents living on the perimeters of the pool, due to uncontrollable and unruly behaviour displayed by users”. But some residents say the decision is an attempt to keep black people out. 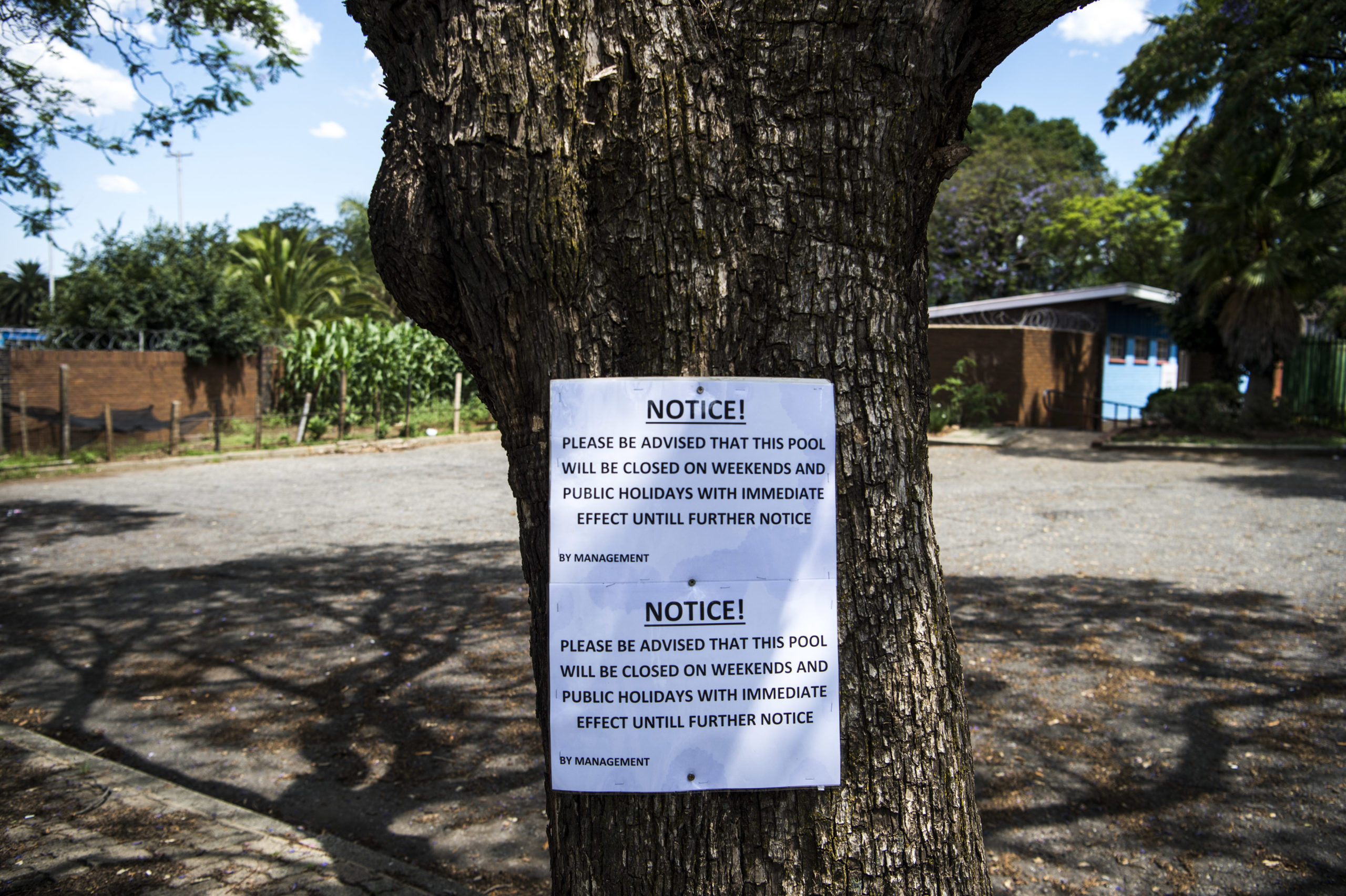 Lionel Greenberg, the suburb’s Democratic Alliance ward councillor, says he fielded a number of complaints by neighbours about the “unruly behaviour” outside the pool. He lists the alleged exploits of the pool’s users: “Hooliganism, drinking, driving in the park, braaiing in the park [next to the pool], insolent behaviour, total disregard of any law and order, children being dropped off here on the backs of bakkies.” 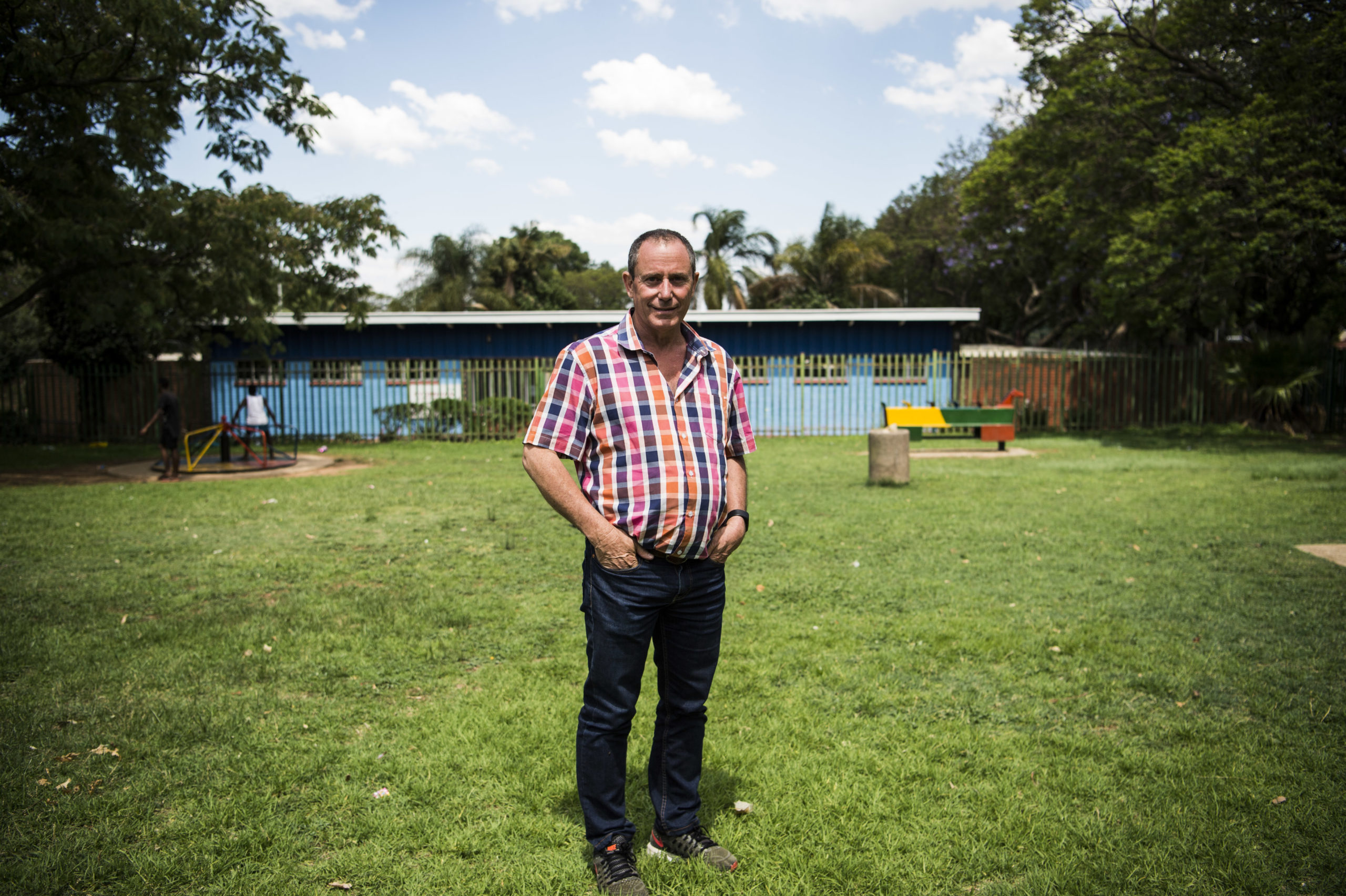 Standing in the shade of one of the park’s oak trees, Greenberg says the area outside the pool had become overwhelmed with people and cars. “So this is a religious Jewish area and people need to walk. So you can’t expect them to walk over cars.

“And then with the added risk of people doing donuts and driving in the street like yahoos, that wasn’t helping the area either.”

Greenberg says he reported the complaints to the City last summer, but when the pool reopened in September things “became progressively worse”.

Closing the pool on weekends was not an easy decision, Greenberg says. “It’s not my decision. I was the one who was on the ground. I was the one taking videos of the place … So the evidence is for everybody to see.”

Greenberg says he passed on this evidence to the City and the Johannesburg Metropolitan Police Department (JMPD).

Those who visit the pool come from as far as Heidelberg, about 50km from Johannesburg, Greenberg says.

“Don’t ask me why they come to this park. Them driving from Heidelberg is rather odd because this is this is nothing really special. I mean, it could be any other,” he says.

He says people may converge at the park because it is close to Louis Botha Avenue, the main road that runs between Hillbrow and Sandton.

“The [East Bank] pool is only good for kids, because it’s a little bit shallow,” Mthembu says, watching over his two children as they swim. It’s their first time visiting the pool, a necessity “because of this heat”.

Alex residents call the Sydenham pool “Maryvale”, because of its proximity to Maryvale College, where many in the area go to school.

Mthembu says one swimming pool is not enough to serve the people of Alex. “It’s okay, but you can see the congestion. That’s my one concern. But other than that, I’m happy.”

Greenberg says he is concerned that children visiting from Alex and other parts of Johannesburg won’t be able to swim in the Sydenham pool on weekends. But the City and the JMPD cannot be expected to constantly police the area to ensure the safety of residents and visitors to the pool, he says.

“This suburb is not capable of supporting that volume of people. And moreover, it cannot deal with the constant, flagrant disobedience of the law.”

He adds: “So I have a reciprocal responsibility to the residents in this area to assist them and to get the JMPD on board to look after this place. Although it could be said that this is a public park, this public park must serve these residents first before obviously, I think it must serve others.” 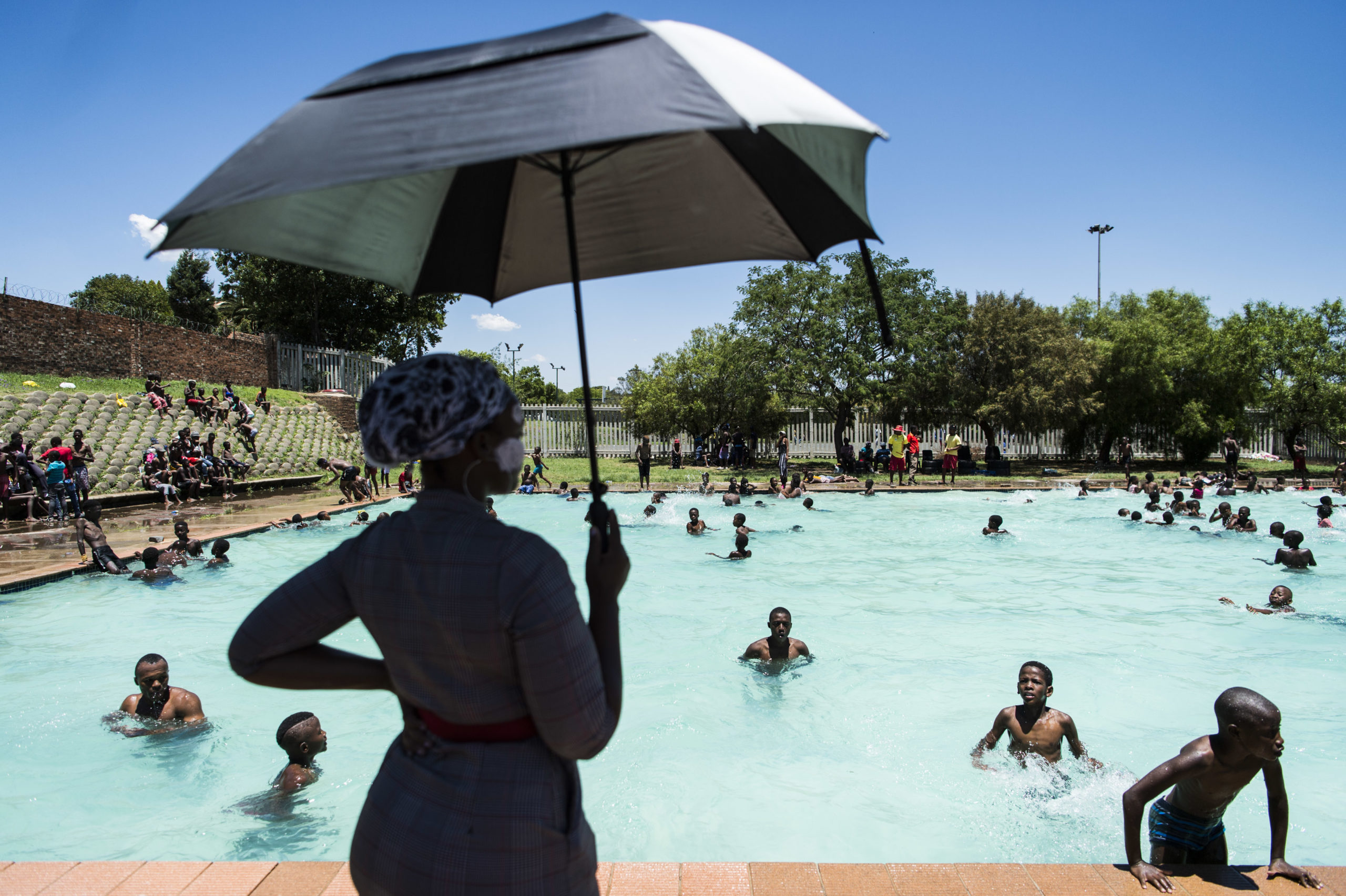 Greenberg says he has only received a handful of complaints about the pool being closed on weekends. He pointed out that his ward has a population of about 18 000 residents. “So if five people are complaining, I don’t think that is a percentage that I really have to worry about.

“But yes, of course, it must be a concern because I must be reasonable with everybody and hear what they’ve got to say.”

But some say they have not been heard.

A group, most of them domestic workers in the area, flags down the Mail & Guardian on the way out of the area. They ask not to be named.

“People from far, from Alex, were coming here to enjoy themselves. Now it’s closed. Where do you think they will go? This is unfair,” a man says.

Another person says: “You know it was such a shame. A group of youngsters from Alex came to the pool, thinking that they were coming to have fun here. They came with their food packed and they found the gates locked.”

The man interjects: “It is humiliating.”

On the allegation that the closure of the Sydenham pool on weekends is a form of apartheid, City of Johannesburg spokesperson Nthatisi Modingoane said: “That’s not true.”

Greenberg insists that the decision was not made “on a racial issue”.

“This was a decision based on hooliganism. I’m not quoting who the hooligans were. That is for other people to make a decision on.” 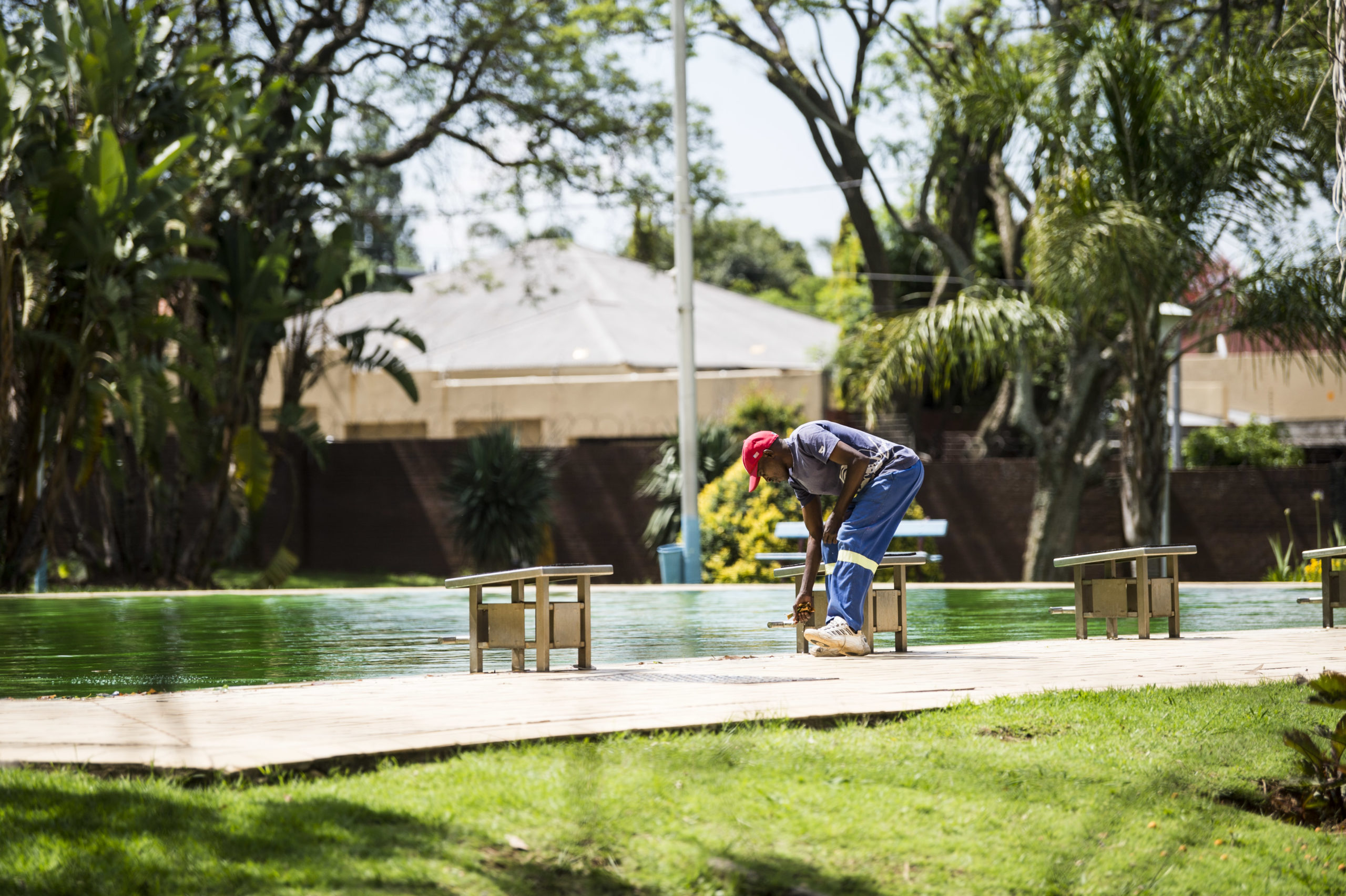