Strategic trends in Africa in 2019

Napoleon said: “Strategy is the art of making use of time and space”, in reference to war. His wisdom can be extrapolated to international relations where geopolitics links geography with strategy.

Geopolitics is not equivalent to geographic determinism. Rather it presents an exercise in exploration, in identifying trends that policymakers need to be aware of and in analysing risks and opportunities with the aim of maximising opportunities for the best possible outcomes. By embracing a geopolitically aware Africa, both as a collective actor and a body of sovereign states, policymakers and citizens will require a firm grasp of the key drivers, trends and dynamics at play and the implications for strategic efficiency.

As 2019 draws to a close, it is worth recalling a number of strategic developments and trends that shed light on not only Africa’s geographic positioning as an increasingly geostrategic actor in the global arena, but also on the possible range of strategic choices that will shape the continent’s involvement in international politics. Assessments of these trends and developments are starting points for formulating positive policy pathways informed by an understanding of interconnected political, economic, social, technological, legal and environmental factors across the local and global contexts.

Africa’s economic growth continues on the upward trajectory, with gross domestic product (GDP) projected to rise to 4% in 2019, up from 3.5% in 2018 and 2.1% in 2016. Excluding the large economies of Angola, Nigeria and South Africa, which have an average growth of 2.5%, half of the world’s fastest growing economies are on the continent and have a growth rate of 5% over a five-year period, higher than the global average of 3.6%. These countries include Burkina Faso, Tanzania, Uganda, Kenya, Senegal, Benin, Ghana and Côte d’Ivoire.

But the positive growth outlook is dampened by downside risks, specifically rising levels of government debt and concerns about debt sustainability. Fourteen countries have been marked as being in debt distress or at high risk of debt distress. Rising debt levels have stemmed from declining commodity process, a glaring infrastructure financing gap and budgetary increases for security in countries affected by terror threats. 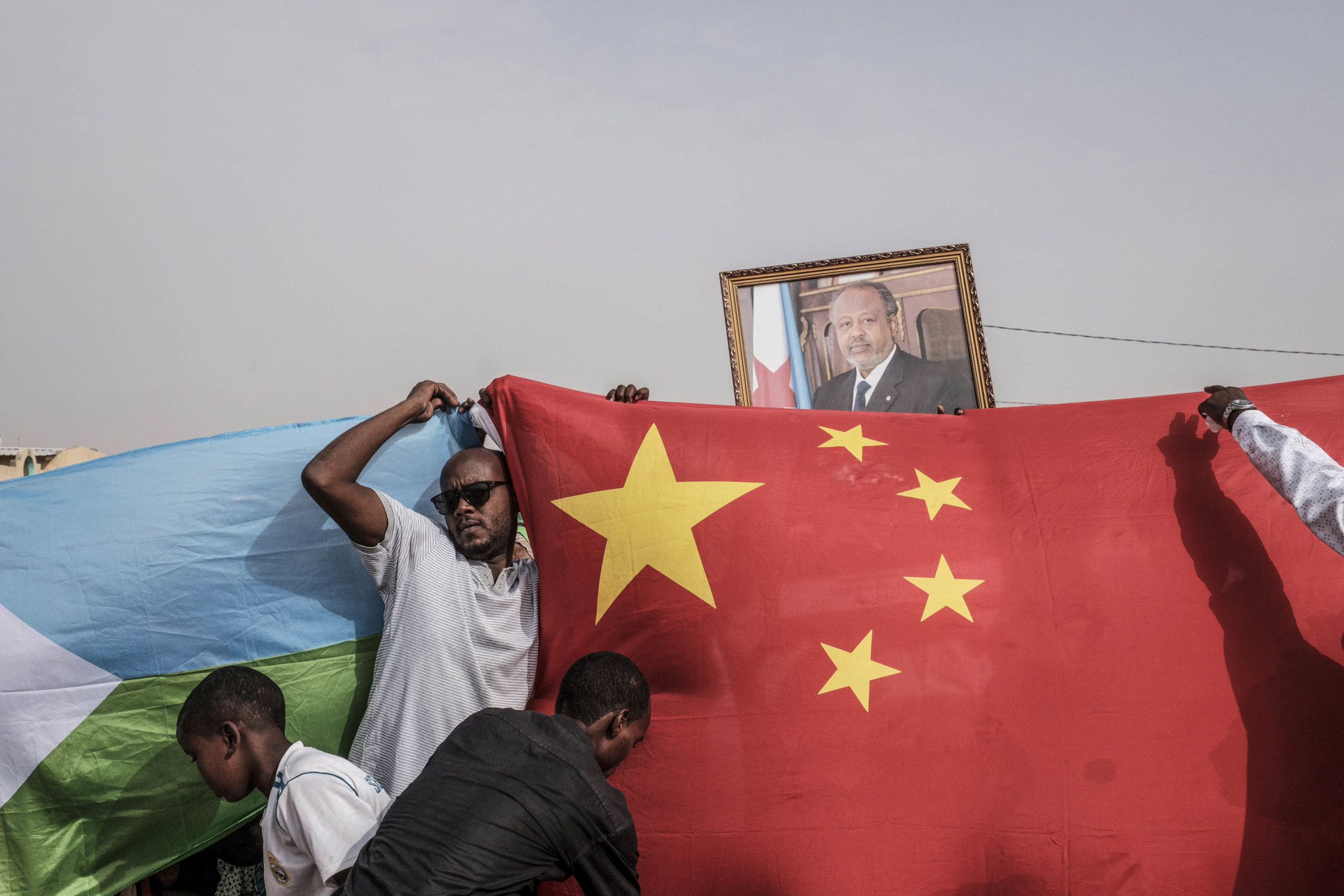 People hold Chinese and Djiboutian flags at the launch of a contruction project backed by China. (Yasuyoshi Chiba/AFP)

Debt accumulation raises questions about debt sustainability, particularly with regard to commercial debt sources such as Eurobond and Chinese loans, with policy implications for tax revenue collection and risk mitigation mechanisms such as blended finance and public-private partnerships.

The agreement establishing the African Continental Free Trade Agreement entered into force on May 30, with a total of 24 countries depositing their instruments of ratification to date. The agreement came on to the market on July 7 amid high expectations of it as an “economic game changer” with the potential to raise intra-African trade by 25% — or between $50-billion and $70-billion — by 2040.

In spite of its laudable prospects for trade and investment, there remains a number of sticky issues that will need to be resolved for the agreement to move from aspirations to tangibles. These issues include: configuring most favoured nation deals between all countries, ironing out issues around rules of origin, delayed introduction of continent-wide trade facilitation measures and gaps in buy-in from governments, African business and citizens 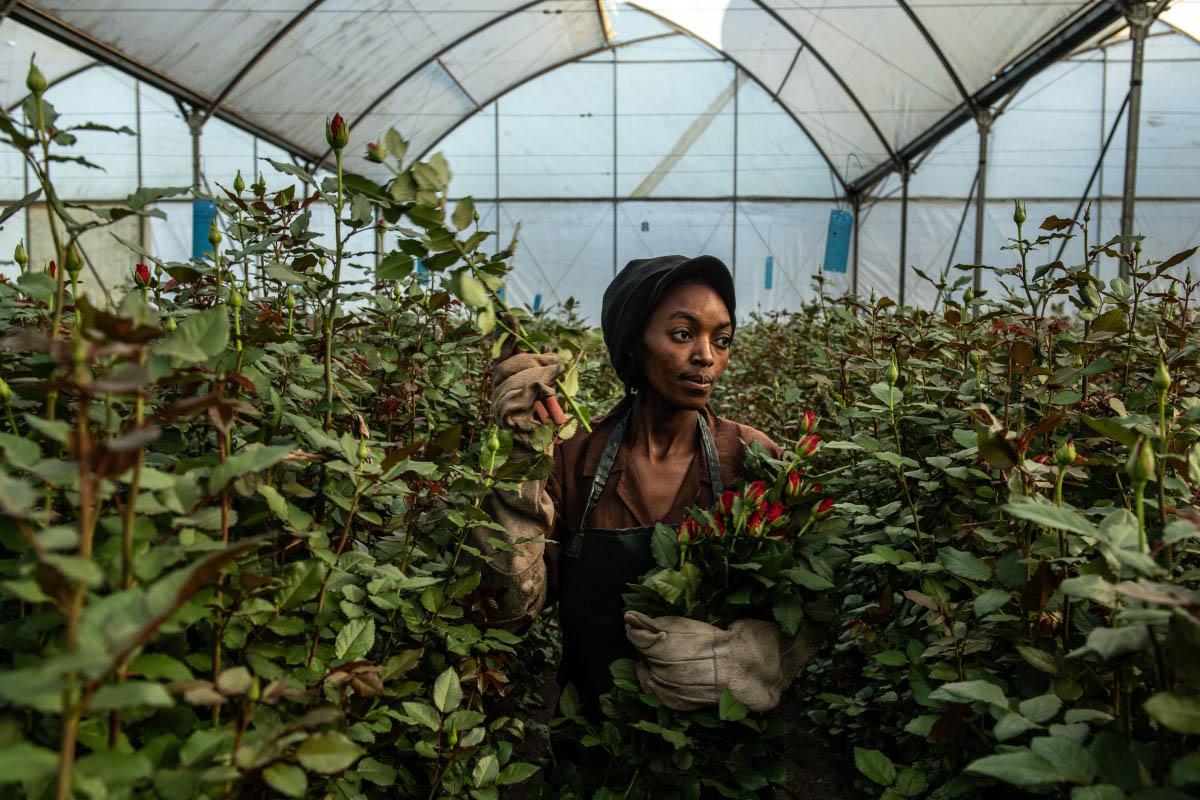 A loaded year for elections

More than 20 African countries were slated to hold elections in 2019, ranging from presidential to parliamentary and local government polls. Overall, commentators have highlighted the retreat of democracy, marked by manipulation of electoral process, repression of opposition and narrowing of civic space as political and civil liberties are increasingly curbed.

Incumbents continue to cling on to power under the guise of elections but are gradually undermining democratic institutions and ruthlessly clamping down on opposition. The decline in democracy, particularly the poor showing of electoral integrity, is a worrying trend that calls for greater citizen demand for enhanced governance and democratic practice and leadership.

The uprisings in Algeria and Sudan that resulted in the ouster of Omar al-Bashir on April 1 and Abdelaziz Bouteflika on April 2, represent the revolutionary potential of citizens’ resolve against the “African strongman syndrome” and decades-long authoritarianism. Since the 1970s, Africa’s nonviolent uprisings have had the highest success rate in the world, toppling dictatorships in one out of three mass uprisings worldwide.

The relative success of African people power can be attributed to the long history of resistance against colonial rule; strategic harnessing of social media for mobilisation and outreach; messaging of a unifying political cause that transcends class, age and identity, and the pivotal role of women in leading and organising protest activities.

But the uprisings in Algeria and Sudan also point to the messier side of revolutions in Africa, sometimes undermined by the influence of far-reaching foreign leaders; difficulty of sustaining momentum over indefinite periods across all sectors of protesters, the military factor and weak functional structures to facilitate seamless transition from military to civilian authority.

Developments over the course of the past decade have pointed to an upsurge in interest by foreign powers in Africa, who have been clamouring to strengthen diplomatic, strategic and commercial ties. For instance, between 2010 and 2016, more than 320 embassies or consulates were opened in Africa, with Turkey leading the pack at 26 missions.

Trade and investment in the continent has also boomed as China continued to dominate as Africa’s largest trading partner with expanding scope to include non-traditional partners such as Singapore, Turkey and Indonesia.

The renewed interest and geopolitical rivalry by global and regional powers on the continent point to Africa’s geostrategic importance as a key site for the complex interactions of interests, power politics and expansion of various spheres of influence. The sheer number of Africa-centred summits held abroad in the course of 2019, including the Forum for China Africa Co-operation summit, the Tokyo International Conference for Africa’s Development summit and the Russia-Africa summit, among others, have far-reaching implications for diplomatic and security arrangements pertinent to Africa’s global partnerships.

These external partnerships also circle back to the imperative of African agency and the manner in which African actors exercise this agency in the global arena.

Trends in conflict and violent events during 2019 have indicated an increase in the number of conflict actors and the transnational nature of threats and vulnerabilities. Data sets and analyses point to the proliferation of rebel and extremist groups, bolder linkages between transnational organised crime and violent extremists in Africa and the Middle East, and a rise in the frequency and scale of riots and protests.

Attacks by militants affiliated with the Islamic State in the northern Mozambique province of Cabo Delgado have raised concerns about an IS presence in new territories where it has drawn allegiance from local militant groups.

Similarly, the deaths of five soldiers employed by the Wagner Group, a private military company with links to the Kremlin, after an ambush in the Muidumbe district in Cabo Delgado has raised questions about the role of mercenaries in Africa and the effect on the security sector in the continent. L6G, a private army company owned by American Erik Prince, the founder of Blackwater, is also reported to be in the bidding for a military intelligence and security project in northern Mozambique valued at $750-million to run until 2023. 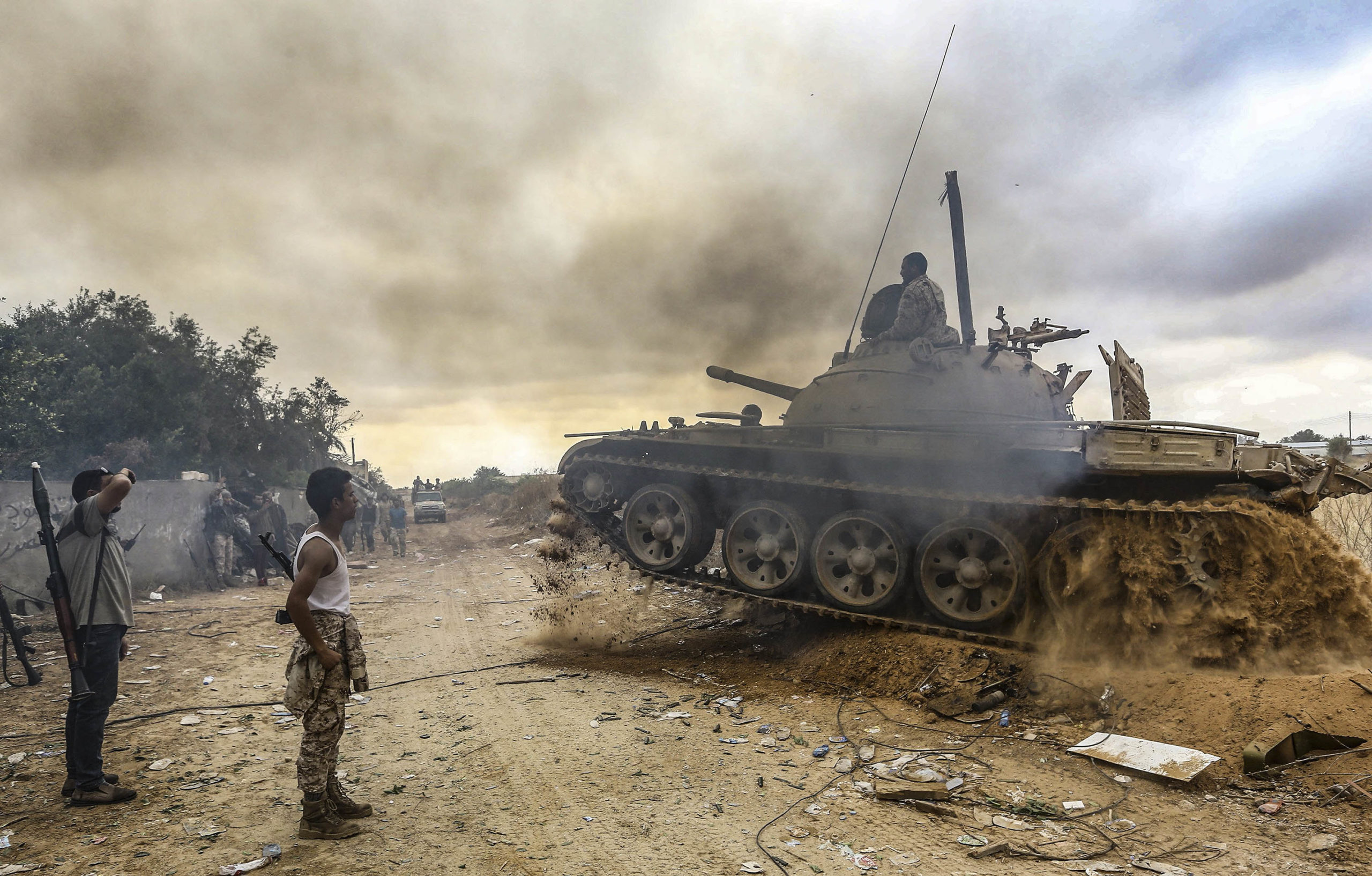 Mercenaries are employed in other African countries including the Central African Republic, the Democratic Republic of the Congo, Chad, Niger Gabon and Libya. They carry out a range of activities described as military and security training, maintenance of weapons systems and protection of personnel.

The evolving nature of warfare is also transforming the African battlespace with increased use of long-range drones in places such as Libya. The occurrence of more than 900 drone missions since April highlight Libya as a forerunner of the emerging African battlespace that

will demand tactical and strategic adaptability, as well as pragmatic policies attuned to on-the-ground realities.

Faith Mabera is senior researcher at the Institute for Global Dialogue, a foreign policy think-tank in Pretoria