Africa’s dinosaur leaders are members of an increasingly small and unstable club. Popular protests last year forced Algeria’s president, Abdelaziz Bouteflika, out of office after almost 20 years in power, as well as Sudan’s president, Omar al-Bashir, who ruled for 30 years. In 2017 Robert Mugabe was deposed in a military coup (although this was denied) after 40 years. And in 2011 mass protests led to the downfall of Tunisia’s president, Zine el-Abidine Ben Ali, after he had been in power for 23 years.

Somewhat smoother are the political transitions in Angola and the Democratic Republic of the Congo (DRC). José Eduardo dos Santos, after almost 38 years in power, stepped down from office in 2017 as his term ended. So did his younger neighbour, Joseph Kabila, in January 2019, after 18 years in the presidency.

What the six former leaders had in common was that they wanted to remain heads of state and considered succession planning or stepping down only as a last resort. This year will be crucial for the six countries in political transition particularly as the reform-window period is short.

From A to Z

Algeria: Tens of thousands of protesters have rallied in the capital Algiers and other cities against the December 2019 elections, rejecting what they see as sham transitional politics. A soft-landing for Algeria in 2020 is unlikely, and what happens in the year has significant regional implications.

Angola: A transition is under way, led by President João Lourenço. This shift is smoother than many others, but 2020 will be the watershed year. The country has been in economic recession for four years but is predicted to see gross domestic product growth in 2020. Investment and job creation will determine the pace of change. The honeymoon period has ended and there are signs of increasing frustration among the urban youth and the middle class.

DRC: Despite his constitutionally mandated term expiring in December 2016, Joseph Kabila continued his presidency by continuously postponing elections until December 30 2018. This election saw a three-way contest between the Union for Democracy and Social Progress (UDSP), the Engagement for Citizenship and Development party and the People’s Party for Reconstruction and Democracy (PPRD). Fèlix Tshisekedi of the UDSP was declared the winner by the Independent National Electoral Commission on January 10 last year with 38.6% votes. He was followed by Martin Fayulu of the Engagement for Citizenship and Development party, with 34.8%. He denounced the election results. In third place was Emmanuel Ramazani Shadary, of the PPRD, a key ally of Kabila.

Although this was the first peaceful transition of power in DRC, there were widespread electoral inconsistencies and some observers believed that Fayulu was the legitimate winner. In 2020 it will become clearer whether a genuine transition from Kabila’s influence is taking place.

Sudan: More promising than the DRC or Algeria, a 39-month transitional administration led by a technocratic prime minister, Abdalla Hamdok, has been established and enjoys domestic and international goodwill. This honeymoon is likely to be short, and the transitional administration needs to show results. The United States can help by removing Sudan from its terror list, thereby lifting the de facto ban on Sudan’s access to the dollar-based international financial system.

Tunisia: A low-profile, conservative law professor beat a charismatic media magnate released from prison in the presidential election runoff in October 2019. Kais Saied won 70% of the vote and his victory and the putting together of a new governing coalition is another step forward in an open-ended democratic transition that started in 2011 after Ben Ali fell.

Zimbabwe: This is a deeply troubled transition with an acute foreign exchange liquidity crisis, a deteriorating economy, hyperinflation and underperforming government. The state’s clinics and hospitals are closed or turn away patients as medical supplies run out and the doctors’ strike over decimated wages continues. There are power outages and almost half of the people face hunger and starvation as a result of drought and the economic crisis.

Zimbabwe’s 2020 looks bleak, a far cry from the euphoria of two years ago when a “military assisted transition” removed Mugabe and replaced him with Emmerson Mnangagwa.

So what do these political developments in 2019 tell us more broadly?

Long-standing leaders have been persistent in Africa, despite the end of single-party rule in favour of a multiparty system. About a fifth of all African heads of state since independence can be classed as long-standing leaders — in power for more than a decade — and only five countries have never experienced one. But the trend is in decline.

It remains most resilient in central Africa and in the Great Lakes regions. Cracks are appearing in their citadels in Malabo and Kampala, but in 2019 Equatorial Guinea’s President Teodoro Obiang Mbasogo celebrated 40 years in power and Uganda’s Yoweri Museveni 33 years.

Will there be any more departures from the dinosaurs club in 2020?

One of the shortest serving members of this club, President Pierre Nkurunziza (14 years in power) has said he will not stand for the 2020 elections in Burundi, although this is uncertain given that a 2018 constitutional referendum could allow him to stay in power until 2034. Togo’s Faure Gnassingbé (14 years in power) will stand for re-election to the presidency again after Parliament in 2019 approved a constitutional change permitting him to potentially stay in office until 2030. 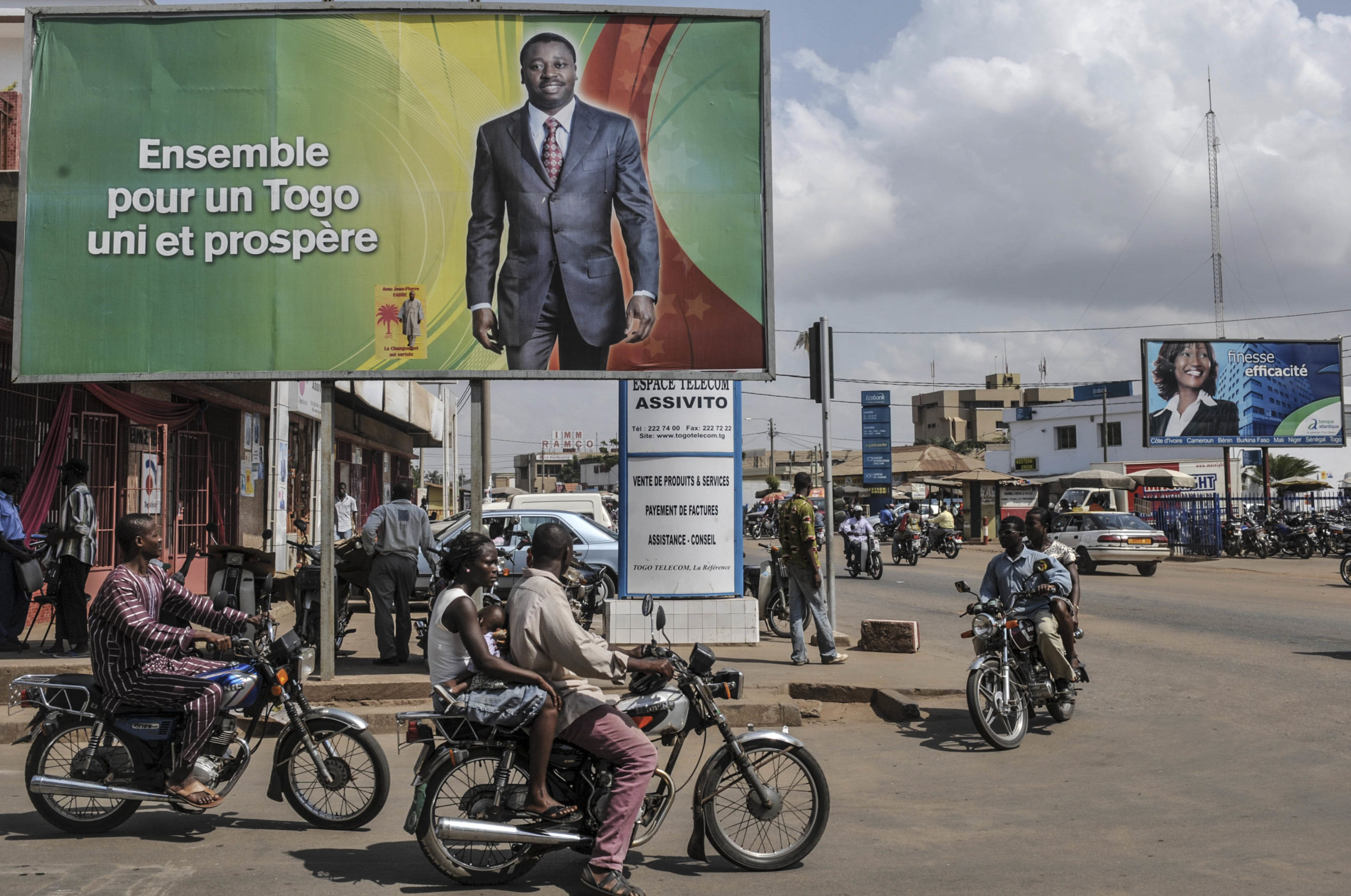 Lust for power: President Faure Gnassingbé of Togo has been in power for 14 years and the Constitution has been changed to allow him to run for office until 2030. (Ashraf Shazly/AFP)

Amending constitutions to change term limits so that incumbent leaders can run for office is a favoured tactic. Rwanda’s Paul Kagame (19 years in office) and the Republic of Congo’s Denis Sassou Nguesso (25 years in power) have done this. But Eritrea’s Isaias Afwerki has never held an election during his 16 years in power.

Attempts at dynasties have been less successful, such as with Grace Mugabe in Zimbabwe or Gamal Mubarak in Egypt, but Obiang is grooming his playboy son Teodorin to succeed him and Gabon’s Ali Bongo and Togo’s Gnassingbé both succeeded their fathers.

Some former leaders capitulated under internal pressure: in Algeria, Sudan, Tunisia and Zimbabwe. Only in Angola, the DRC and Zimbabwe was a transition process organised as part of an elite bargain.

What the political transitions have in common is that honeymoons are short and that, whether they are led by interim administrations or elected leaders, they need to deliver political and socioeconomic improvements to succeed, but have inherited shambolic economies. Their success depends on accountable political leadership and domestic and international support.