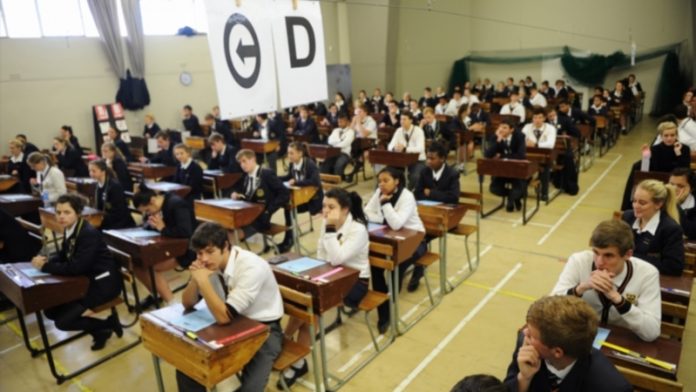 She told her mother years before going to high school that she wanted to attend a girls school because she did not want to deal with boys bullying her.

But her first week at the girls’ school is not what she thought it would be. Rather, the stories coming out from the school shocked her mother, who said she did not think girls were “capable of such acts”.

On the first day of school the girl returned to the classroom after morning assembly and found her books scattered on the floor.

Still on the first day, she went to the toilet and encountered senior learners who demanded that all grade 8 learners pay them R2 to use the toilet. She was saved from this intimidation by grade 12 learners she had met earlier, who told the bullies to allow her to use the toilet.

But the grade 12 learners would not always be around when she needed to go to the toilet.

When she went to the toilet again the same bullies were there and still demanded R2. She did not oblige and instead went behind the toilets and relieved herself. Her former school in a rural area in the Eastern Cape did not have toilets, so it was not foreign for her to urinate outdoors.

The girl now takes her bag with her when she goes to assembly to avoid finding her books on the floor again. But while at assembly praying — with everyone’s eyes supposedly closed — she heard someone opening her school bag. She moved it and put it in front of her legs.

The seniors also made the grade 8 girls roll up their skirts to make them short and not be just above knee level.

They also demanded R5 from the grade 8 learners.

That was one demand too many for my helper’s daughter. She wanted to report the abuse to the principal and to use the phone to call her mother and ask her to fetch her from the school.

But the grade 12 learners — those who had protected her at the toilets — told her that reporting the bullies to the principal would only make things worse for her. They told her that the bullies would torment her even more and were likely to beat her up after school.

They told her to hang in there and that by March things would get better — this was just an “initiation phase”.

This is a story of one girl in a school in Soweto. Her story is not unique. It is not new. Many learners who started at new schools last week probably experienced similar things — or worse. Many 13-year-olds, like my helper’s daughter, who were excited to go to high school are now miserable. Others could be contemplating suicide because of bullying.

These “initiation” practices have no place in schools.

It is the same with what some schools call “traditions”. Some of these traditions also have no place in schools.

It is because of these traditions that the family of 13-year-old Enoch Mpianzi is mourning his death. Yes, investigation upon investigation are still going to be done to determine what caused the boy’s death. But what is no secret is that his young life was cut short at a Parktown Boys High School’s orientation camp — the aim of which, according to the school, is “introducing new Parktonians to each other and creating an environment which focuses on team work” — that is part of the school’s tradition.

Is there still space for this tradition, which saw Enoch return home in a body bag? I do not think so.

But how do we move on from here? How do we ensure that children do not fear going to school because they would be asked to pay R2 when they go to the toilet? How do we assure parents whose children have gone to these orientation camps that their children will come back alive?

I think one of the things that needs to happen is for parents to take their power back from these schools. Parents need to say: “These are our children. Enough is enough.”

So much of the power in schools can lie with the school governing body, if the people on the SGB use its power. That power can be used for good, and it can also be used to continue abusive practices.

A start would be for these school governing bodies to take another look at all the traditions and do away with those that are going to do harm to children — or even lead to their deaths.

School governing bodies also need to come up with codes of conduct that will make it hard for any learner to contemplate bullying another child and calling it an initiation practice.

But that cannot happen if parents don’t attend SGB and other school meetings, and say that they reject these traditions if they cannot guarantee the safety of their children. It is at these meetings that parents need to speak with one voice and say that schools are no places for bullies — and that those found to be bullying others need to be punished.

I am not saying this war is only going to be won by parents. But parents must be at the forefront of ensuring that going to school is a pleasant experience for their children.

Parents have the power to do this. The education system gives them platforms to make changes to schooling in this country