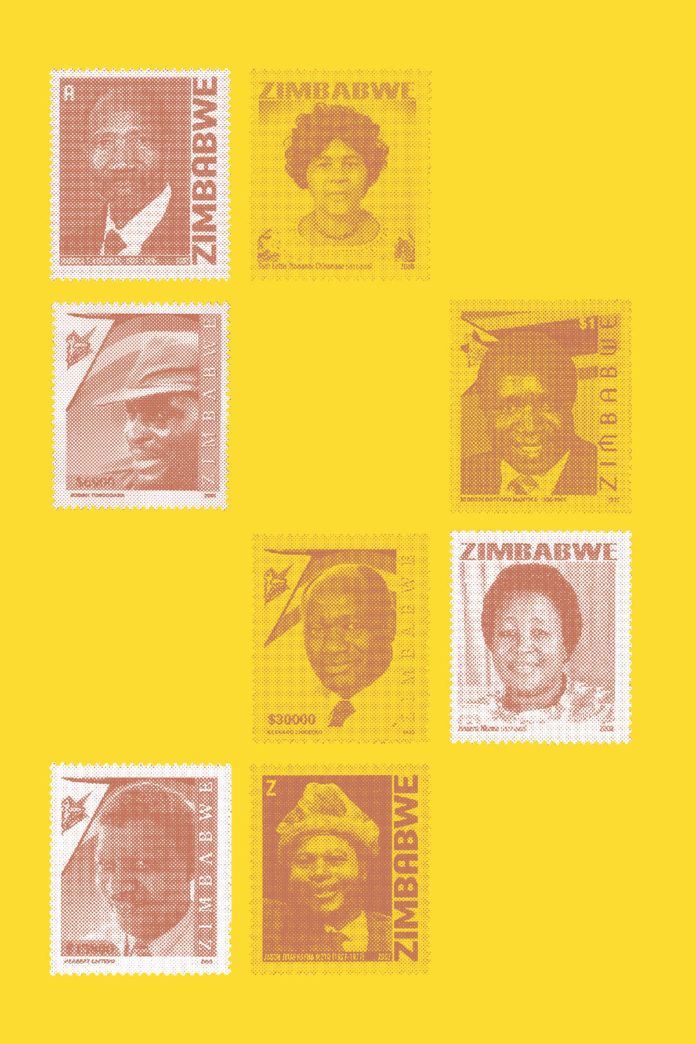 I spent eight years in Toronto trying to grow up; I finally realised the necessity of my return to Zimbabwe and my hometown [Bulawayo]. I have never regretted it … I needed to come back home. I did not want to be interpreted but to be heard. I find that immediacy very vital.

The tension of being away from home generates a lot of creative potential.

Living in exile has its various stages. First you arrive in a strange place where you have never been. Your main preoccupation is to settle down and try to understand the society in which you have implanted yourself. Then when you think you have settled you begin to miss where you come from no matter how horrible it is. And either you have a final reaction of either settling in completely, for good, and give up on ever going back. Or something violent such as what happened to me takes place and you rebel against your new environment as well and try to re-link yourself to your roots and original environment.

I found that the idea of England I had in my head was not at all the same thing, which was the reality there. There was a lot of racism there, a lot of class distinctions and for God’s sake, it was in London, for instance, when I met a white beggar for the first time. In Britain, actually, exile taught me that you can only survive on your own personal resources whatever country you are in and for me those resources were simply my creativity.

I think people were either exiled by our government or imposed exile on themselves. They were able to write much more freely than those who remained within the country.

We’re born free into a world that creates barriers to our mobility. So after years abroad I came home and I was defined not for who I am but as an “other”. I was born to the majority Shona tribe and because of my different lived experience I was perceived as a minority in my own community.

Whenever somebody crosses geographical spaces, whenever we cross cultures, something is lost. I remember just from my own experience that I spent the first year in the United States in silence. I moved from being one of the noisiest kids in class to being the quietest. And I was dealing with all kinds of things, especially culture shock and failure to access the language.

I saw the world as vast and magical with so many different cultures and people. It [exile] opened me up and made me very adaptable to change. It also meant that I was not afraid to be in strange places, to experience, and to learn.

Leaving [Zimbabwe] achieved a few direct and positive objectives. It allowed me to have access to a good education for one, one that allowed me to pursue a range of my academic interests, which included writing. In that way I was quite fortunate. Ironically, too, by leaving I got to learn more about us as African people. Of course departure is accompanied by its own challenges. I don’t know if I would have any sound advice to my younger self. America has had its challenges, but it has also been kind to me. I had already been warned to moisturise well in winter and not to assume that toothy smiles from strangers meant anything more than politeness. Image means one thing here, and another thing there; it has no fixed meaning or connotation. I suppose I would offer my younger self this.

Writing is my way of staying connected to home at a deeper level. Of course I am always talking to people back home but rarely do I enter the dialogue with home more deeply than I do when writing. Having been away for 14 years I sometimes feel a disconnection or worry that maybe the issues I am dealing with are maybe out of sync with the reality on the ground; yet that too can be a good thing, to allow the imagination to work overtime.

My initial point of reference when I write about home takes me back to the things I remember, the Zimbabwe of the mid-90s when change was apparent but not yet disastrous. I am then forced, once I have imagined the story, to make it portray things as they are now. That process feels superficial for the most part until, with a little bit of research, and high regard of character emergence, I begin to approach a certain authenticity, which I think matters, not necessarily for mimetic reasons, but to enrich the story with relatable particularity.

This is not an easy process, so in most of my stories I have noticed a drifting towards some elements of fantasy, creating worlds (mini Zimbabwes) that supply their own base of realism. There is always the fear, of course, of getting it wrong, or of feeling like it’s all wrong because what do I know about standing in a bread line for five hours?

But again what don’t I know? I have stood in long lines even here in the United States, DMV, immigration and so on. So there is a distance from the experience, yet there is experience in the distance (whatever this means). In short I just want to write and to write well.

I left in 2001 and have not been back since. Why would I want to commit suicide? I once faked my return. I sent my friend, who is a poet and musician, a message that I was returning. He said “Great”. He wanted to welcome me at the airport with his band; they are superstars in Zimbabwe. In the end he went there alone and was surprised to see that the whole airport looked like a war zone. As if they were expecting Osama bin Laden! You see, this is how a dictator blows a writer’s power out of proportion. Another time, when they were arresting me, there were four armed policemen; each had two pistols. I told them: “Look, it is not necessary.”

Bulawayo, a city of adventures and misadventures, teens, knives and murders