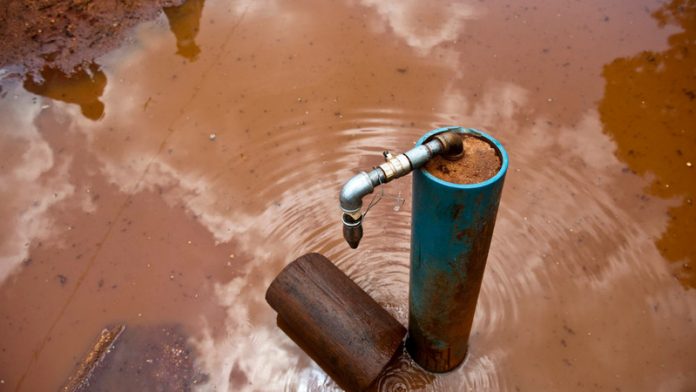 The Sekhukhune district municipality, plagued by allegations of corruption involving irregular expenditure, does not have the money to provide water to all its residents.

This is according to the municipality’s spokesperson, Moloko Moloto, who told the Mail & Guardian on Tuesday that ideally they would hire service providers to send water tankers to the villages in Flag Boshielo West not receiving water.

He said this is what is holding the municipality back from complying with a 2017 court order compelling it to provide its residents with a lifeline as it seeks a permanent solution to its water crisis.

Moloto spoke to the M&G outside the Pretoria high court, where the latest round in the battle to get the municipality to supply water to five villages — Elandskraal, Morarela, Mbuzini, Dichoeng and Tsantsabela — played out.

The municipality has been in and out of court for almost five years over the matter.

At the centre of the standoff has been municipal manager Norah Maseko, who was suspended last year over an irregular contract for a R67-million sanitation project.

But now, with Maseko out of the picture, residents want her successor to be arrested for violating the 2017 court order.

The court battle was the first step in an effort by residents, represented by the Centre for Applied Legal Studies (CALS), to find acting municipal manager Mpho Mofokeng in contempt of court.

In November, the municipality was issued a contempt order after two years of what lawyers described as its “egregious” failure to comply with the 2017 order. Mofokeng was not included in the contempt order because he had only been in the acting position for two months.

In an affidavit to the court, Mofokeng says that upon taking up office he had become “swamped and overloaded” trying to familiarise himself with his duties.

But since the contempt order, the municipality’s failure to perform its duties has persisted, CALS attorney Ariella Scher notes in an affidavit.

According to Scher, there was no water sent to Mbuzini for two weeks last month and a number of water tankers have stood empty, in some instances for weeks on end, in Elandskraal, Morarela and Tsantsabela.

In her affidavit Scher says the municipality has demonstrated “flagrant disregard” of the court order, adding that the “behaviour of the municipality will continue” if tougher sanctions are not applied.

Moloto conceded that its provision of water to the villages is “not at the satisfactory level”, but denied that its officials were deliberately neglectful.

The municipality has recently encountered “a little bit of instability”, he added. “So it’s not as if we have these accounting officers who are saying: ‘We are simply going to ignore that [the court order].’”

Since his appointment, Mofokeng has been tasked with dealing with allegations of corruption and maladministration by municipality officials.

In 2018, R5.4-million destined to pay a service provider was paid to individuals instead and last year the municipality discovered that it was missing R12-million. The money — a compensation fund contribution — had reportedly been transferred to the wrong account.

More recently, the municipality revealed that it is investigating how officials paid R4.4-million to a service provider which was only meant to be paid half that amount. According to Moloto, Mofokeng has been instructed to take disciplinary action against “all those officials who are implicated” in the double payment.

Moloto added: “Obviously any money that belongs to the public has a particular purpose that it serves. A large part of this money indeed was supposed to be paid to service providers … but keep in mind that even the R12-million was not going to address the water situation in our district. Surely we require way more than that.”

Meanwhile, the municipality continues to lose money by keeping Maseko on the payroll.

Moloto told the M&G that to relieve the economic burden of paying Maseko’s salary, the council is considering a proposal to “part ways” with the suspended municipal manager.

He pointed out, however, that when the municipal council suspended Maseko, “they did not say there was corruption”.

Moloto said the council is in the process of “overhauling” the entire system, but “the executive leadership isn’t in the position that we want”.

But Scher says Flag Boshielo West residents are not prepared to sit tight until the municipality gets its act together.

“Our clients can’t be expected to wait an indefinite amount of time for … a new incumbent [municipal manager] to be recruited before protecting their rights — under the Constitution and the various court orders — to access clean and safe drinking water.”

Activists argue that the Australian company suing them is using the courts to silence criticism and so abusing the legal system. The law should change to stop these types of suits
Read more
Environment

An Australian mining company is suing three attorneys and activists for defamation. But the defendant's attorneys argue that this a strategic lawsuit against public participation
Read more
Business

Tobacco companies are fighting to lift the ban on cigarette sales, but research shows people are still smoking — and this is feeding the black market
Read more
Advertising
Continue to the category
National