Coronavirus: 151 people to return to South Africa from China within two weeks 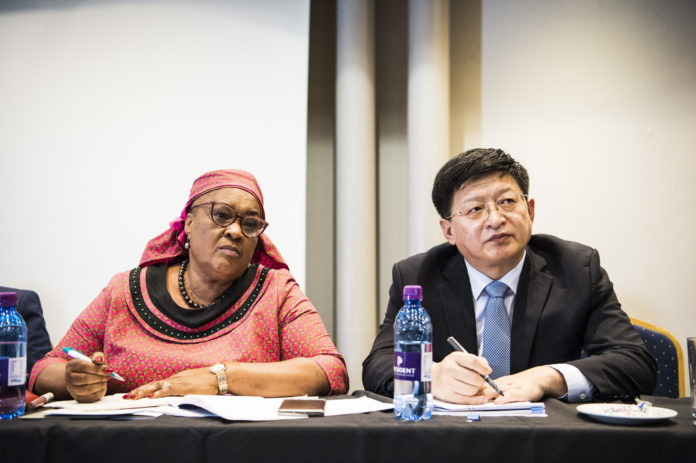 The country will soon know when South African citizens will be evacuated from Wuhan in China and where they will be placed in quarantine, according to Dr Lwazi Manzi, who speaks for the national department of health.

Plans for their repatriation are underway, following the order by President Cyril Ramphosa last week for the urgent return home of South Africans in Wuhan.

“In seven to nine days the repatriation will take place,” Lunga Ngqengelele, the spokesperson for the department of international relations and co-operation, said on Sunday.

The Mail & Guardian reported last week that R80-million has been set aside for this process.

Manzi said the department “cannot currently” say where people will be quarantined because it was “still finalising a contract with the place”. It would, however, not be a hospital but rather a hotel or a resort, thanks to advice the department has had from the World Health Organisation.

“Those people are not sick; that must be understood. The whole purpose of a quarantine is to just keep then in check and to make sure that there are no potential scares. At the same time, we want to keep them in a place where they will be comfortable and feel like normal human beings. But far away from society,” she said.

“Our role as the department will be providing medical advice. From training staff on how to handle the people when travelling and when they get here. And also how they can do the necessary tests and manage the whole situation.”

The South African National Defence Force spokesperson, Siphiwe Dlamini, said the SANDF is working out the last bits of logistics needed for the move. “There are approximately 151 RSA citizens that are expected to be repatriated to the Republic of South Africa. Once all the logistics have been confirmed, by the planners of the operation, the repatriation process will commence.”

National Institute for Communicable Diseases spokesperson Sinenhlanhla Jimoh said the NICD is supporting the initiative as led by the presidency, “to ensure the containment of the virus”.

Chris Gilili
Chris Gilili is an Open Society Fellow in Investigative Reporting at Wits University. Currently spending six months with the Mail and Guardian in the Investigations desk. He started journalism with Independent Media’s vernacular publication, I’solezwe LesiXhosa in East London. He has freelanced for publications such as GroundUp and Workers World Media.
Facebook
Twitter
WhatsApp
Linkedin
Email
Telegram