The BMW i3 — When electric proves it is the future ﻿ 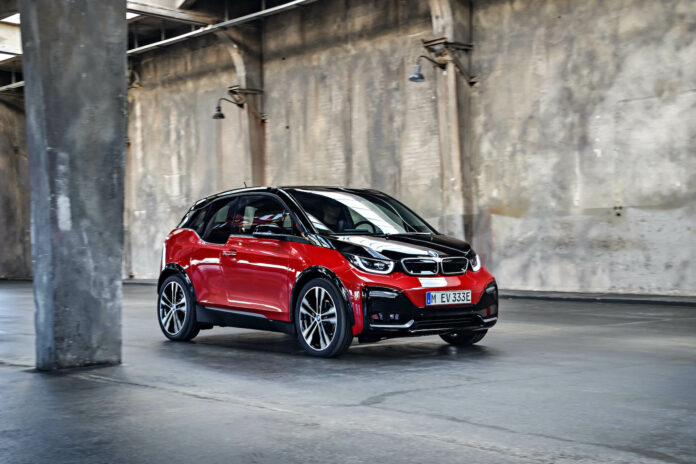 I’m writing this review at home, with the i3 that I have had to test plugged into my multiplug in the kitchen. It made a pleasant noise when I clicked the power into its charging socket (right where you put a petrol nozzle in a fossil-fuel car). It’s just passed its 10 000km mark, doubtless driven by dozens of other reviewers. This is the mundane nature of good electric cars: they work. They do what other cars do, sometimes better, and with less local pollution (although all cars need parts to build them).

At this rate, the car will need to charge overnight to get back to its full charge and its 200-and-a-bit kilometre range. With one of BMW’s special charging stations, it would take 90 minutes. This isn’t how we’re used to cars working. But this is a slight departure from what we’re used to. If you buy one, the idea is to treat it like a cellphone — charge it overnight and then you don’t need to charge when you’re out and about.

I start with this because this is the factor we all worry about the most with electric vehicles: How can it go anywhere and when will it run out of electricity? Although 200km doesn’t seem like much, few of us ever go that far in a trip or in a day. I drove it for six days without charging it. And that’s with a few excited moments of flattening the accelerator to see how quickly it jumps to the speed limit.

What the i3 has done has been to make electric motoring no different to the motoring we’re used to. The challenge for electrical vehicles has been to let you step into the near-future — with enough similarities to a petrol car that we don’t feel lost — while also giving you slight teasers of how good the all-electric future will be.

The i3 and the sportier i8 — together with Elon Musk’s Teslas — made electric cool. And practical. Instead of it being a sacrifice to pollute less when you drive (think of the Prius) it was now something you wanted to do. In South Africa, we haven’t had the proliferation of small, cheap electric vehicles. It’s still something for people with money — the base Nissan Leaf costs nearly R500 000. So you don’t have much choice for a mid-range electric.

That’s a lot of money. But the i3 is really, really good as a car. Its design will continue to divide people — it’s more confusing than anything: small, but boxy and chunky with a mishmash of glass and bodywork. When you open the suicide doors it suddenly becomes much bigger that it seems it should be. Those doors are also heavy, like the boot, and open and close with a hefty and satisfying “thunk”. The indicator and wiper sticks are also clunky. And the stick to control reverse, drive and parking is huge and very tactile.

The lack of an engine means the inside, especially for the two people in the front, is spacious. The middle console has storage so deep that you can fit a full handbag in it, and the two cup holders could accommodate a big-gulp, American-style mug. It also has a digital control system where you can change just about anything you can think of, from the blue lights that bathe the interior when you unlock it, to pedestrian warnings.

Its fold-down back seats (which are well upholstered and don’t quite crunch your knees when you sit in them) means the i3 can also carry anything smaller than a bicycle. I put a chair in it this week and could have had enough space for several other preparing-for-the-lockdown essentials.

That sense of space helps to make the inside feel light and airy. Its height means it has a huge front windscreen — which helps catch and bounce the sound from the front speakers into your ears — and big side windows, as well as a split sunroof, which altogether make this a pleasant place to be. Or, when I was inside during a sudden Highveld hailstorm — one heck of a place to watch nature unfold on our cement and brick constructions.

The seats are massive, scooping back and rising nearly to the roof. They aren’t electric — something noticeably absent in such an expensive car. But that means more energy and you don’t want to use it unnecessarily. The seats are also heavy and the i3, thanks to its batteries, is a heavy car. This helps to make the ride solid, picking up bumps on any badly built road.

The low centre of gravity, however, makes this a brilliant drive.

And it is the drive that makes the i3 such a good car at the price. From a standing start it goes immediately and with that smooth sensation of seemingly limitless acceleration that comes with removing a gearbox. BMW says it can do 0-100km/h in less than eight seconds. I didn’t try that. But it gets to 60km/h faster than any similarly priced sports car. And it does it with no drama: just a slight whine of the motors and the swooshing of wind around you. That acceleration is available at any speed, and its low-down power means it can accelerate even while trundling up the often steep inclines of hilly Johannesburg.

This is the bonus of electric done properly. Endless power on demand and a low centre of gravity mean that you can drive it calmly or with urgency, down streets or around traffic circles, and feel in complete control all the time.

The i3 achieves something that is really difficult: it makes driving easy, exciting and comfortable, while also showing that a whole new technology can power our present and future.

We normally try to end an article with a stat on a vehicle’s carbon emissions. This time, we can’t.