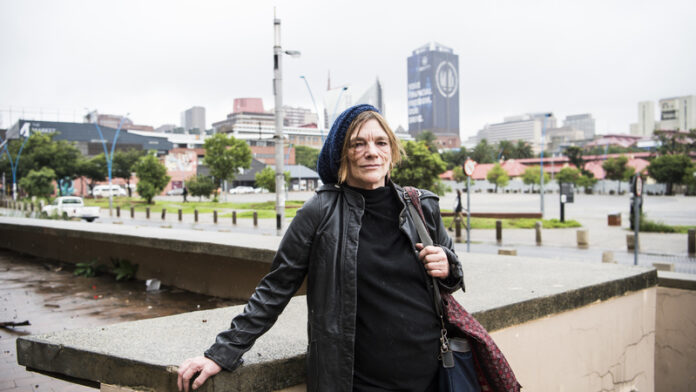 On Thursday, April 9, we published the article “Pretensions of fighting for the oppressed and the totality of white power”, Athi Mongezeleli Joja’s response to Judy Seidman as part of a debate on issues brought up by the Drawn Lines exhibition. Drawn Lines, a retrospective of Seidman’s work drawing from her role in the Medu Art Ensemble, is currently on show at Museum Africa in Johannesburg.

In the article, it is stated that Seidman hires out Medu materials for a fee, locally and internationally. This is false and was not fact-checked during the process of readying the article for publication.

Also false is the claim that the 2019 Art Institute of Chicago exhibition titled The People Shall Govern! Medu Art Ensemble and the Anti-Apartheid Poster featured works from Seidman’s collection. These came from a South African organisation that wishes to remain anonymous.

Seidman loaned, for no financial benefit, some Staffriders, Medu newsletters, stickers and other paraphernalia to that exhibition; these were attributed accordingly and have since been returned.

Furthermore, some of the other remarks attributed to Seidman, such as the assertion that she opted to regard her interlocutor as an anonymous entity and that this was somehow indicative of her general practice, stemmed from lapses in the editing process. Seidman had addressed Joja by name in her headline, but this was removed when a new headline was tagged onto the piece. Joja’s name was not reinstated into the article after this, accounting for the remark.

We’d like to apologise unreservedly to Seidman for the errors of fact and aspersions attributable to our lapses of process. These sections will be removed from the article. In the interests of ideological debate, Seidman has agreed to respond to Joja in the near future. We look forward to the engagement.