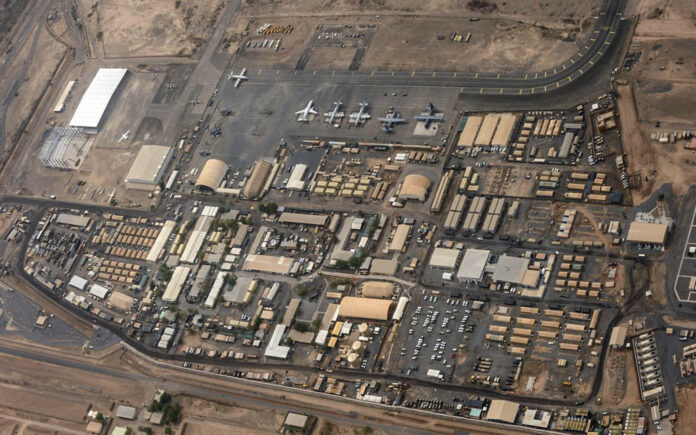 Late last year, reports emerged in American media that the United States was considering a reduction in its military footprint in Africa. Documents obtained by the Mail & Guardian suggest that the opposite is true: if anything, the US military is digging in.

Internal documents from the US military’s Africa Command (Africom) reveal ambitious plans to extend and reinforce a network of low-profile military bases and outposts across the continent. The files detail more than $330-million of spending, including a list of “prioritised” military construction projects planned to be carried out from 2021 to 2025. This is designated for infrastructure investments on US bases stretching across Africa. The files also suggest that Africom’s long-term planning extends for up to 20 years.

The formerly secret documents, issued  in October 2018, detail 12 construction projects planned for four US outposts in three countries — Djibouti, Kenya and Niger — that have long been integral to US counterterrorism and counter-violent extremist missions in Africa, suggesting these efforts will continue in the years ahead.

Africom spokesperson John Manley told the Mail & Guardian through email that the projects detailed in the plans “continue on course and are in various stages of planning and/or execution”.

“The plans, whether they materialise or not, seem to indicate that the Pentagon is interested in expanding its infrastructure in Africa, for drone ISR [intelligence, surveillance and reconnaissance] and drone warfare, as well as training camps and lily-pad bases for increasing the US capacity to project force in key regions, the Horn of Africa, East Africa and the Sahel,” said Salih Booker, the president and chief executive of the Center for International Policy in Washington DC.

US priorities may change after the presidential election in November, and it is also too soon to know what effects the coronavirus pandemic may have on the US military’s long-term agenda. The US’s top generals in Africa are, nonetheless, touting an enduring presence here. “The bottom line is, the United States is not walking away from Africa. We’re committed and we remain engaged,” said US Army Major General Roger Cloutier, the commander of US Army Africa, on a February teleconference with the M&G and other media outlets.

During a separate conference call, US Air Force Brigadier General Dagvin Anderson, the head of Special Operations Command Africa, told reporters, “I don’t see any signs that we’re leaving Africa, and there’s no decision that’s been made by the Secretary [of Defence] yet as to what that footprint will be.”

The network of bases

The Pentagon publicly claims that the US has almost no physical footprint in Africa.  “[W]e have one base on the continent,” Pentagon spokesperson Candice Tresch wrote in an email to the M&G, referring to Camp Lemonnier in Djibouti.

But on any given day, about 6 000 US troops operate from some of the 27 outposts scattered across the northern tier of Africa. These include 15 “enduring locations” and 12 less permanent “contingency locations”, with the highest concentrations in the Sahel and the Horn of Africa. “Strategic access to Africa, its airspace, and its surrounding waters is vital to US national security,” General Stephen Townsend, the commander of Africom, told the US Senate armed services committee in late January.

The largest number of US bases on the continent can be found in Niger. Much of the world first became aware of US military operations there in October 2017, after the Islamic State ambushed US troops near the village of Tongo Tongo, killing four US soldiers and wounding two others. The troops who were killed were working in the town of Oullam with a larger Nigerien force under the umbrella of Operation Juniper Shield, a wide-ranging counterterrorism effort in northwest Africa.

Today, Juniper Shield continues: about 800 troops operate from Niger and Oullam is one of six US outposts in the only country in West Africa with two “enduring” US bases. One of them, Agadez, is the US’s key regional hub for air operations. After years of construction delays, US drones have begun flying both surveillance and armed missions from Agadez’s Air Base 201.

Nevertheless, two construction projects in Agadez are slated for 2021 and 2022. Together, they will dramatically increase the base’s fuel-storage capacity and “fuel-distribution infrastructure… at ISR [[intelligence, surveillance and reconnaissance] and strategic airlift parking” areas, as well as provide better roadways on the expanding outpost.  The documents, obtained by the M&G through the US Freedom of Information Act, note that “CT/CVEO [counterterrorism/counter violent extremist operations] is considered an enduring [department of Defence] effort for the next 10 to 20 years; and Niger is geographically positioned to enable support to multiple” efforts integral to Africom’s missions.

Djibouti is home to the crown jewel of US bases on the continent, Camp Lemonnier, a former French Foreign Legion outpost and the home, since 2003, of the US’s Combined Joint Task Force — Horn of Africa. Lemmonier has long been a key hub for counterterrorism operations in Yemen and Somalia and it hosts about 4 000 US and allied personnel with housing requirements slated to grow to 4 685 by 2025, according to the Africom documents. This would support missions by special operations forces in the Middle East and troops involved in other regional operations.

Since the US began operating there, Lemonnier has expanded from 88 acres to nearly 600 acres and is the site of the bulk of Africom’s prioritised construction for the next five years, including seven projects totaling more than $286-million.  Additionally, construction of an operations facility for the commandos of Special Operations Forward — East at that base is currently on hold but, if reinstated, it would add another $35.7-million to the US taxpayers’ tab in the years ahead.

In 2013, the Pentagon moved its fleet of armed drones from Lemonnier to a lower-profile airstrip about 10km away. Since then, Chabelley Airfield has gone on to serve as an integral base for missions in Africa and the Middle East, including the drone war against the Islamic State in Iraq and Syria. Together with Lemonnier, Chabelley has served a base for Jupiter Garret, the codename of an operation run by Joint Special Operations Command — the secretive organisation that controls the navy’s elite Seal Team Six and the army’s Delta Force — aimed at high-value targets in Somalia.

And just as at Lemonnier, the US has dug in for the long haul at this satellite outpost, with several million dollars in construction slated for 2024. The Africom documents note that  the US’s original 2012 agreement for the use of Chabelley runs until May 2024 with an option to “extend for 10 years without renegotiation for a total duration of 20 years”.

Nearly $34-million is also slated to be spent at the US outpost in Manda Bay, Kenya, which was the site of a deadly attack by Somali militant group al-Shabab in January this year. The proposed additions include enhancements to the airfield’s runway, as well as improvements to housing, latrines and dining facilities to accommodate 325 personnel.

‘What does the AU think?’

Africom’s extensive planning appears to put it at odds with US Defence Secretary Mark Esper, who is reportedly considering proposals for a major reduction — or even a complete withdrawal — of US forces from West Africa.

Meanwhile Townsend, Africom’s chief, continues to make the case for his command — stressing its efficiencies, and dire consequences in the case of a withdrawal. “US Africa Command is diligently working to make our operations even more efficient and adjusting our posture and activities to ensure US strategic access for today and tomorrow,” he told the Senate armed services committee in January.
“Violent extremist organisations will be able to grow unchecked, some will ultimately threaten the homeland, and we will lose opportunities for increased trade and investments with some of the fastest-growing economies in the world.”

Nick Turse is a journalist and the author of Next Time They’ll Come to Count the Dead: War and Survival in South Sudan and Tomorrow’s Battlefield: US Proxy Wars and Secret Ops in Africa.

What happens when you walk into a vaccination site? We break it down

Hospitals near capacity: What the new Covid-19 restrictions mean for you