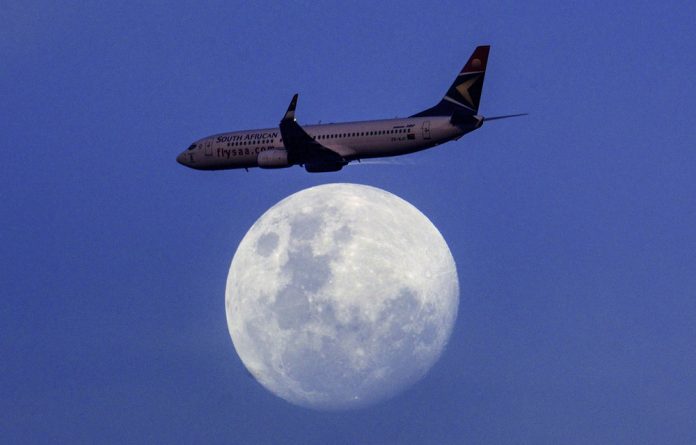 Minister of Public Enterprises Pravin Gordhan has announced a strategic equity partner for the re-launch of the restructured South African Airways. Takatso, a consortium consisting of Johannesburg-based Global Airways, which owns the new budget airline, Lift, and private equity firm Harith General Partners, will own 51% of the beleaguered airline,which will no longer be dependent on the fiscus.

The government will hold on to a 49% minority shareholding.

Takatso has committed more than R3-billion to fund the airline. The consortium will provide funding for the airline, which will eventually be listed and the public will be able to buy shares in SAA, Gordhan said on Friday morning. The government will keep a 33% non-dilutable golden share.

New SAA board seats will be allocated in accordance with the proportions of ownership.

“Our objective of creating a viable, competitive, sustainable airline … takes a huge step forward with this agreement being in place, and with the partnership that we have created as government with this consortium,” the minister said.

Gordhan said the government has “drawn a line in the sand”.

“As far as the new airline is concerned, the government will not be putting in any more money. And that’s a clear message that we would like to communicate.”

The new airline will be an opportunity to win back the trust of the public, the minister added.

Tshepo Mahloele, the chief executive of Harith General Partners, said at Friday’s briefing: “We believe that this is a very novel sort of venture, bringing the best of South Africa together to solve some of the pertinent challenges that we’ve had for quite a while. And we believe that the whole sector, from our point of view, is one that is growing, especially in the African sense. And we look forward to a very profitable and sustainable venture.”

The cofounder of Lift, Gidon Novick, said Friday marked “quite an emotional day”. “It’s not very often that one gets an opportunity to live one’s dream and work in an industry that one loves the way I and my team love the airline and aviation industry. But to layer that with an opportunity to serve our country is very special.”

The airline became the first state-owned entity to be placed under business rescue, which started in December 2019. The process took almost 18 months and cost taxpayers about R250-million.

In October last year, during his medium-term budget speech, Finance Minister Tito Mboweni announced the allocation of R10.5-billion to SAA for the business rescue plan. The money was released in tranches and, by 12 February, it had received R7.8-billion.

The remaining R2.7-billion, which will be released on the approval of a Special Appropriation Bill, will go to SAA’s ailing subsidiaries.

But, he added, the decision to put the airline under administration was far better than the alternative: liquidation. “Because one of the key points is that the workers would have been far worse off. Today people who have accepted the voluntary severance packages, or who will accept the section 189 retrenchment process, will at least walk away with some money.”

When SAA’s business rescue was announced, the M&G reported that Gordhan intervened at the last minute to halt the airline’s liquidation. This was reportedly because of fears that liquidation might affect confidence in the country’s state-owned enterprises and spark a run on debt.

The journey to establishing the new SAA has been particularly tough on workers, who have not received salaries since April last year.

In December 2020, the business rescue practitioners locked out members of the South African Airways Pilots’ Association after negotiations with the union over new terms of employment broke down. The pilots are still locked out.

During his budget vote speech in May, Gordhan expressed his solidarity with SAA workers and their unions.

“This has been a difficult process,” he said. “But we are not too far from achieving government’s objectives: a viable airline, not dependent on the fiscus, with the agility to cope with uncertain times. Our success will be measured in how efficiently and how quickly we get the job done.”

On Friday, Gordhan noted that the consortium will prioritise the training and promotion of black pilots, and women will be the focus of the new airline’s transformation agenda.

Even as the new airline emerges from SAA’s ashes, uncertainty in the aviation industry because of Covid-19 may put its future on shaky ground.

Gordhan said on Friday that SAA, like most airlines, has been severely affected by the pandemic. But, he added: “It is anticipated that Africa will be the largest and growing, and most rapidly growing market, as far as aviation is concerned … particularly in the context of the African Continental Free Trade Agreement.”

Novick later added that many have called the members of the consortium crazy for taking on the project in today’s environment. “We are experiencing the third wave of Covid right now. Ironically, we believe quite strongly that it’s the best time,” he said.

“Airline models around the world, legacy models, are being challenged. They are flawed in many ways. The opportunity to access aircraft at very affordable prices and, most importantly, the opportunity to to access unbelievable talent in this industry … is an incredible opportunity right now. So, timing wise, I think we’ve got it right.”

Blood supply is critically low and a rise in demand looms, says the blood service