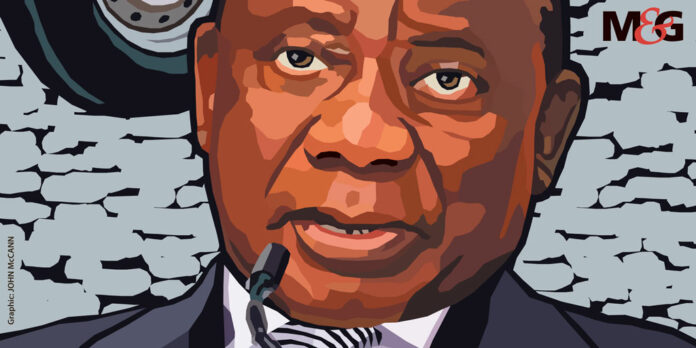 The speech delivered by President Cyril Ramaphosa on Sunday evening on changes to level 3 of the Covid-19 regulations was uninspiring and contradictory. He and the National Coronavirus Command Council tried to square some circles.

They reintroduced the ban on the sale of alcohol with the aim to ensure that lives are saved. Yet, they will allow minibus taxis to carry the maximum number of passengers for local trips, which could put lives at risk.

The aim of the lockdown regulations is to prevent the spread of the coronavirus to save lives, which means the criterion for regulations that are introduced or re-introduced must be lives that are saved.

How do you save lives by allowing the taxi industry to get away with not following a key nonpharmaceutical response to Covid-19 — keeping a physical distance — to ensure we minimise a rise in infections?

This raises the question of what explains the incoherence. Why would Ramaphosa be tough and decisive on the booze question but soft on the taxi-loading question? It is simple what is going on here. The president and the National Command Council won’t take on the taxi owners in the interest of saving lives.

They have capitulated in the face of tantrums from greedy taxi owners, who complained that their profits are down and threatened a shutdown. They have scant regard for this deadly coronavirus that is one of those biological events that happen once a century and which could kill tens of thousands of South Africans if we do not follow the nonpharmaceutical rules, in this instance of keeping a safe physical distance.

If you are not willing to take unpopular and tough decisions during a pandemic, then you should not be in charge of a government. Ramaphosa has become so pedestrian recently that one wonders whether he secretly wishes to swap the title of president for that of Mr.

Some people have argued that the president and the council — which consists of about 20 ministers, their directors general and the security structure and is chaired by Ramaphosa and Minister of Cooperative Governance and Traditional Affairs Nkosazana Dlamini-Zuma — are caught between a rock and a hard place on the taxi question. The claim is that if we are opening the economy then surely taxis should be allowed to carry full loads, especially in the absence of a proper state bailout for the industry. I don’t buy this attempt to save the government from public criticism.

First, the economy is not yet 100% open, and so the assumption that taxis must be loaded 100% locally is questionable. We have not been given evidence of how the 70% loading regulation affected the economy. Second, let’s be brutally honest about who the biggest moaners are; they are not workers nor employers. The biggest complainers are taxi bosses who are used to making a killing. Many don’t pay taxes, they’re used to getting their way, and they exploit the poor drivers, who should get our sympathies.

Minister of Justice Ronald Lamola said the decision to load taxis to full capacity for local rides serves the purpose of the lockdown. What nonsense. That is like saying drinking lots of alcohol is rationally connected to the purpose of staying sober.

The state gave in to the taxi bosses and are thereby endangering the lives of South Africans. This is inconsistent with the lawful aims of the lockdown regulations and, more important than the legal question, it is a decision that reveals the scant regard for the lives of the poor. Which undermines all the tough talk about individual responsibility.

You cannot tell people to take their agency seriously as individuals and implore them to take decisions that are for the social good, but then gazette a regulation that allows these very citizens you are scolding, to be transported in vectors of death. Because, let’s be clear, taxis that are fully loaded right now are exactly that, vectors of death.

Either government is pro-life, or it is not. If it is pro-life, then a golden thread needs to run throughout all the lockdown regulations, one that ensures we minimise the numbers of South Africans who will contract this virus and perish from it. The speech on Sunday showed a government that does not know what it wants to achieve at this time.

I think government is rightly worried about the economy and some of the inconsistency I have analysed here stems from that worry and haunts the government.

The worst effects of the recession are on the indigent, the poor, the working poor and precarious middle-class, who will soon drop from their current income strata to join those worse off.

Yet even on economic thinking the choices being made value austerity above expansive interventions to ensure we both grow and do not increase the numbers of people losing their jobs and who become poor.

The political economy debate requires a full analysis of its own. But the excellent and detailed work that has been done by countless academics, policy experts and public economists who understand the fiscal constraints of our state but who also understand the imperatives of social justice and economic democracy, is work that government is ignoring.

Which brings me back to Ramaphosa. Is it wrong to isolate him when describing state weaknesses? No. Because he has the political and constitutional power and duty to lead us as our president even in the context of a party political system.

For example, once he has listened to his finance minister’s conservative economic thinking, and to criticism of Tito Mboweni’s views, he presumably then should and can formulate views and arguments of his own. What are they? Can he tell us what he thinks of the state of the economy? What does he think should be done?

Does he have the ability to persuade his ministers or a particular minister to reconsider a view? It does not seem like it. He seems simply to be a scribe listening to and aggregating the views of advisers, pressure groups and ministers without leading intellectually and politically.

The same is true on other questions like whether the academic year should be abandoned and whether taxis should be loaded, or even whether a curfew at night makes sense.

The president doesn’t give journalists one-on-one interviews to discuss his thinking on the pandemic. He walks to the podium, reads a script in a most uninspired manner, then disappears. He may as well just send us the text and we can read it in our own voices with a bit more energy than he does.

Why must we tune in if there is no critical engagement with the media or when we will be told to wait for the ministerial briefings to do so? There is nothing wrong with minutiae being left to ministers. But between the minutiae and the high-level declarations there is scope for us to hear much more from Ramaphosa. We are owed that access to the president’s thinking. If, of course, he is interested in being presidential, and interested in leading.

I wonder if he will be a two-term president. Does he deserve to be?