High levels of warming from climate change in Southern Africa could reduce the geographic range of two-thirds of wild-harvested food plant species, new research has found.

At lower levels of warming, about a third are projected to decline within the region, according to the study by a team of researchers at the African Climate and Development Initiative  (ACDI) at the University of Cape Town and the University of Connecticut.

Their paper, Climate Change Risk to Southern African Wild Food Plants describes how micronutrient-rich wild food plants are important for the diets of millions of people in sub-Saharan Africa and contribute to food security, especially in rural and low-income communities, yet little is known about how climate-change risk affects these species.

They project that 60% of wild food plant species will experience an increase in range extent while 40% will experience a decrease within Southern Africa by between 2060 and 2080 under a low-warming scenario, known as the representative concentration pathway (RCP) 2.6.

But under a high-warming scenario (RCP 8.5), they estimate range reductions for 66% of species.

Wild food plants are already an essential safety net when other sources of food fail, such as during drought or other natural disasters, and can form part of climate-adaptation strategies for food security, the authors write in the study, published on 17 March in the journal Regional Environmental Change.

It’s well established that climate change is a risk to food security, says Dr Christopher Trisos, a senior researcher at the ACDI, but globally, almost all research in agriculture has focused on major crops, such as maize, wheat, rice and soybean, and on whether their wild relatives can adapt or provide varieties that are more robust under harsh climates of drought or heat.

“Very few studies, I would say maybe none, have looked at the climate-change risks to wild-harvested plants that people eat,” Trisos says. “There are thousands of studies on the wild-harvested food we get from the oceans, but few on the gifts we get from the land, whether that’s marulas, or baobabs, the num num plum or wild garlics in a Southern African context.”

The paper describes how in lean times in Zimbabwe, for example, the quantities of wild fruits consumed and sold to generate income for additional food expenses increase in poor rural households.

In Botswana, when drought leads to crop failure, rural communities rely on wild food plants to sustain their livelihoods until conditions improve. 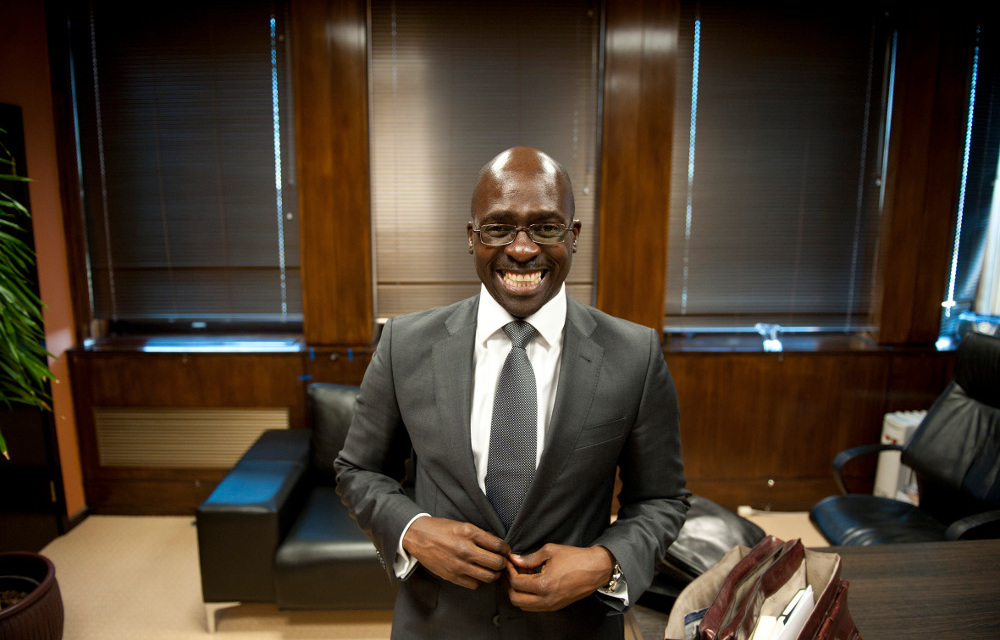 In Southern Africa, the findings reveal that large variations are projected in responses by wild food plant species under both low- and high-warming scenarios, with range decreases expected for some species and increases for others.

“For some species, conditions become too dry for them; for others they become too warm or there may be seasonal changes in rainfall that are unsuitable for them,” Trisos says. “A lot of the species that are projected to be winners may expand their range — they can follow their preferred climate south across the landscape.”

“When looking at the categories of use of wild food plants most important for food security and as nutritional supplements, 59% to 69% of species are projected to experience decreases in range … including species used as cooked vegetables (69%), as famine food (59%), ground as flour (67%) and eaten as snacks, fresh or in situ (63%),” the study says.

Carina Wessels of the ACDI, who conducted the research as part of her master’s, points out that many of the wild food plant species have medicinal benefits too.

“Sour figs, which have medicinal properties, are used to treat cold sores and sore throats, and are used to make jams, chutneys or sauces. Up to 35% of its range could be lost in Southern Africa under RCP 8.5,” she says.

Wessels notes how the num num plum, which is high in vitamin C, is eaten as a fruit and used to make jams. In a future-low warming scenario, it could increase its range by 30%.

Under a low-warming scenario, the loss of suitable climatic conditions is expected to decrease species richness of wild food plants most in the northeastern parts of Southern Africa, with local extinctions of more than 100 species.

“This pattern is intensified under RCP 8.5 with multiple regions in northeastern South Africa projected to have decreases of more than 200 species and local species losses of more than 50% of wild food plants are projected for most of Botswana,” says the study.

In contrast, increases in local species richness are projected in more southern and eastern regions, as species shift their ranges southward and into cooler regions under both RCP 2.6 and RCP 8.5.

This is a loss to local food cultures and cultural practices, the authors say.

Language groups that have not traditionally used particular species may now have the opportunity to do so if species are able to track shifting climate conditions, says Wessels. “For other language groups, valuable species may be lost.”

Limiting global warming to below 2°C may enable wild food plant species to continue to form part of a critical nutritional buffer against climate change for vulnerable communities.

A greater diversity of wild food plant species may be able to continue to supplement the diets of rural people or farm households and provide them with essential micronutrients.

But this shouldn’t be a reason for policymakers to continue with business as usual. “If we follow an RCP 8.5 global warming pathway, wild food plants are more at risk and may not be able to help people adapt to climate change,” the study says.

Trisos hopes the research highlights to the government and people working on large climate-adaptation programmes that there is great potential in traditional and local knowledge to help people to adapt to climate risks in food systems.

“It’s no use talking about the bio-economy if, at the same time, you’re putting out a bunch of greenhouse gases from coal that could kill your bio-economy resources,” Trisos says.

Infrastructure and development plans must align

Climate change Bill to be tabled in parliament

‘The future is closer than expected’