The ambrosia beetle from Southeast Asia, which is no bigger than a sesame seed, bores into tree trunks and branches, laying its eggs inside woody tissue.

“The polyphagous shot hole borer has killed thousands of trees already and threatens millions more, including street and garden trees like maples, liquidambar, plane trees and oaks, agriculturally important trees like avocado, and native species like coral trees,” according to the newly released Status of Biological Invasions and their Management in South Africa in 2019 report.

Although there are many claims of “miracle” treatments, the only effective option available now is to contain the spread by quarantining affected areas, very carefully removing infected reproductive host trees, and disposing of the wood at dedicated sites, the report states.

The destructive beetle was first detected in the KwaZulu-Natal National Botanical Gardens in Pietermaritzburg in 2017, but it quickly became clear that it was already well established, predominately in urban areas, including Johannesburg, Bloemfontein, Cape Town (Somerset West), Durban, Nelspruit, George and Knysna. 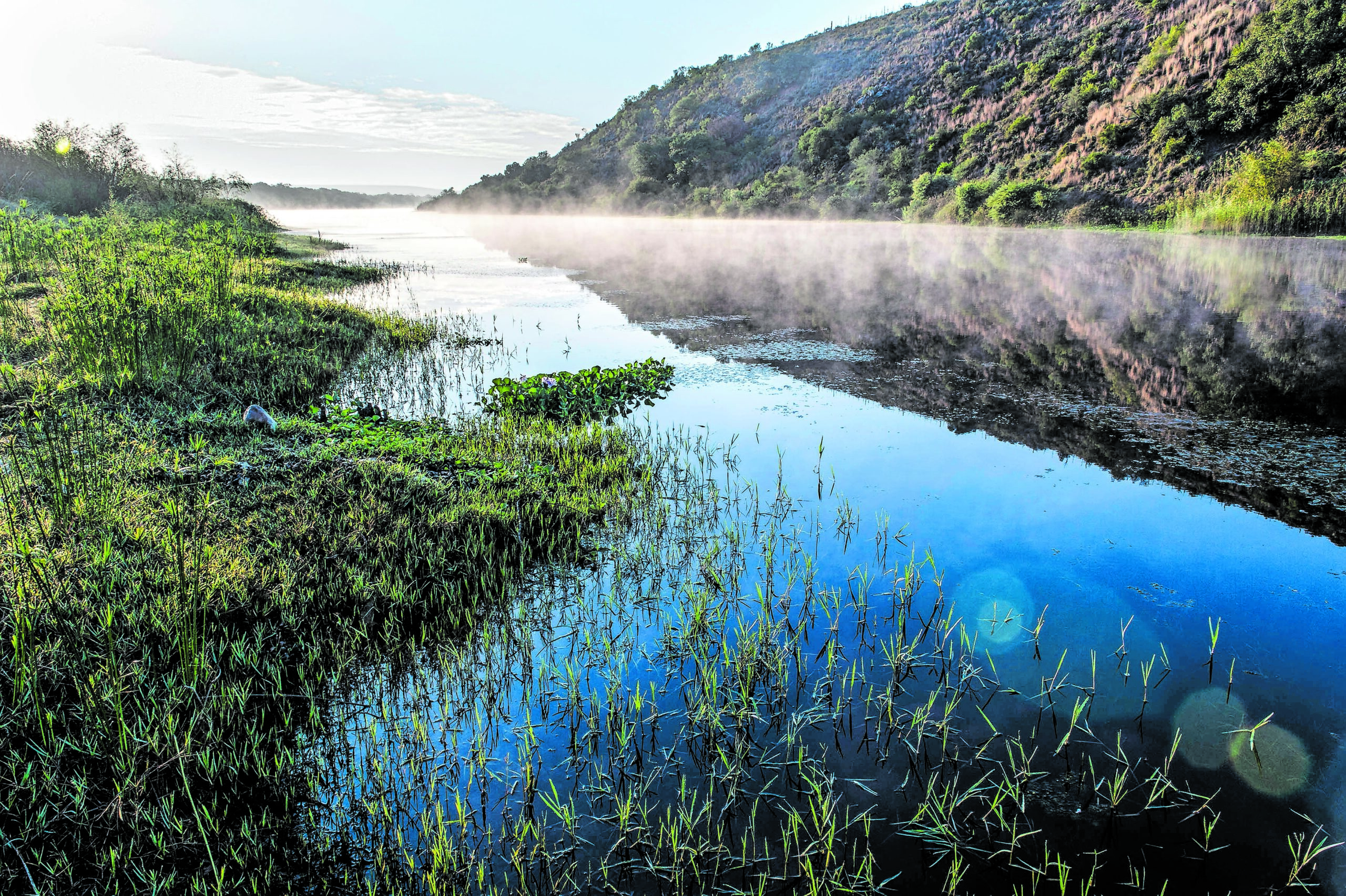 It was probably introduced into the country through wood packaging material and dunnage (waste material used to load and secure cargo during transport) that had not been appropriately treated for pests, which is a common pathway for the introduction of invasive insect pests globally.

Detection, control and enforcement efforts are placing a massive burden on municipalities, the report has found.

Current estimates suggest that the ecological costs of invasive alien plants and animals are more than R6.5-billion each year, largely from the decline in ecosystem services, such as water and grazing land. The government has spent R1-billion a year on tackling the problem since 2013.

Invasive trees gobble up to 5% of the country’s surface water runoff each year, raising the risk and intensity of veld fires, with 15% more fuel burnt in invaded areas. “Invasive plants have exacerbated the droughts in Cape Town, the wildfires in Knysna and the floods in KwaZulu-Natal,” says Carmel Mbizvo, the acting chief executive of the South African National Biodiversity Institute, which led the report in collaboration with the National Research Foundation and the Centre for Invasion Biology at Stellenbosch University.

The number of alien species that have gained a foothold in the country now stands at 1 880 — a third of which have become invasive.

About three new alien species arrive in South Africa accidentally or illegally every year — a rate that appears to have declined. Recent research has clarified how the pet trade, the medicinal plant trade, contaminants of animal imports, and shipping also function as introduction pathways.

But the report says there is insufficient capacity to prevent accidental or intentional illegal introductions of alien species. There is no comprehensive overarching national government policy on biological invasions.

In 2016 and 2017, three alien pests of agriculture (red palm mite, tomato leaf miner and fall armyworm) that were detected in South Africa for the first time had dispersed, either naturally or with the help of humans, into South Africa from other African countries into which they had previously been introduced.

This is because imported goods will be inspected for alien species only at the first port of entry and most African countries have limited capacity to respond to biosecurity threats.