South Africa won’t throw its weight behind a proposed global treaty on plastic pollution, a confidential draft position paper by the department of forestry, fisheries and the environment has revealed.

“As the discussions at the United Nations Environment Assembly sessions have converged towards the global treaty, in a nutshell, South Africa is of the view that the proliferation and duplication of multilateral environmental agreements (MEAs) should be avoided as they compete for limited resources from the same donors and duplicate efforts,” it reads.

The draft has been prepared ahead of a ministerial conference in September, jointly organised by Ecuador, Germany, Ghana and Vietnam, which are seeking to build momentum and political will to advance a coherent global strategy to end marine litter and plastic pollution.

South Africa, the document states, is predicted to be the 11th worst global offender in terms of leaking land-based plastic into the ocean, ranking third in Africa after Egypt and Nigeria.

Yet the department says there are “serious implications” with supporting the establishment of a new marine MEA. Among these are “not identifying synergies with existing MEAs that can address plastic throughout its life cycle and value chain, marine litter and the microplastic problem”.

The Basel Convention, it states, controls the transboundary movements of hazardous wastes and their disposal and “is adequate to address the plastic waste issues as it has the capacity, the expertise and the experience”.

“Furthermore, the Basel Convention has already been providing the same critically required expertise to the Stockholm Convention on Persistent Organic Pollutants, which has listed some of the problematic chemicals found in plastics, including the development of various technical guidelines on environmental sound management.”

We need to dump our take-make-waste attitude to plastic 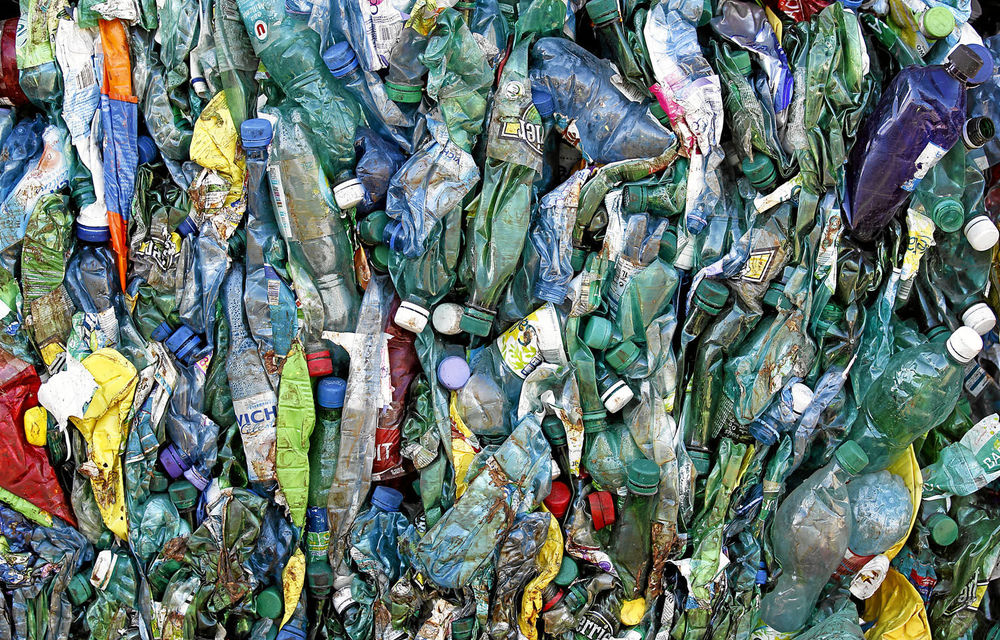 But this approach is flawed, according to Prabhat Upadhyaya, a senior policy analyst at World Wildlife Fund-South Africa. “The flaw in this line of reasoning is that there is no existing MEA that globally regulates the production, consumption, and reporting of plastics across its life cycle. As a result, each country has its own regulations which make it difficult for industry to meet different standards everywhere.”

Although the Basel Convention addresses the transboundary movement of plastic waste, it has no jurisdiction over what countries decide to do within their own boundaries.

“No environmental challenge of this scale is being addressed in as fragmented a manner as plastic pollution,” says Upadhyaya.

“Given that 78 countries, including many developing and African countries, are already voicing their support for a new legally binding global agreement to address plastic pollution, the unwillingness of South Africa, particularly as the chair of the African Ministerial Conference on the Environment, does not reflect the necessary leadership that other African countries might expect to see.”

The draft document details how the local plastic industry does not support the establishment of a new MEA on plastics.

Instead, what is needed, the department argues, is the strengthening, better coordination and collaboration of the existing MEAs to “ensure that all the identified gaps are closed and addressed”.

But Rico Euripidou, environmental health campaigner at groundWork, an environmental justice organisation, says: “What we are effectively seeing from the government and its industry allies is a small group of vested stakeholders preventing global action that will ultimately benefit the most vulnerable in our global community such as small island communities, and countries that rely on the oceans for their daily subsistence – estimated at over one billion people globally.”

He said plastic pollution is ubiquitous and that is why the global treaty is needed.

“Plastics and its breakdown components [microplastics] have been recorded in the air that we breathe, the food that we eat, in marine organisms that underpin the food chain, in the deepest ocean trenches, and in the most remote wilderness areas where plastic is not manufactured or used or disposed on a daily basis.”

Plastic pollution, he said, is a truly global problem that requires a global solution. “Only a global treaty can take into account the full life cycle of plastics by focusing on prevention.”

The draft document spells out how most plastic consumed in South Africa is  manufactured in the country from locally produced or imported primary or secondary plastic.

Per capita plastic waste generation is about 41kg per capita generation in a year, which is above the global average of 29kg/cap/year. It is estimated that 79 000 tons of plastic leak to the ocean and main rivers every year.

“Much is being done on a national level to prevent leakage of plastic into nature, as well as to promote clean-ups. The primary focus has been on increasing collection rates of plastic and on improving waste management, including through upgrades in infrastructure,” the draft states.

The department, he said, is in “collusion” with big business because civil society was not consulted on the position South Africa would take.

“The treaty would result in a decrease in demand for plastic, which is not good for producers who thrive on single-use, non-recyclable plastic,” Louw said.

Niven Reddy, of Break Free from Plastic, agrees. “The position South Africa has taken is very much favourable to the plastics industry that aims to benefit from a lack of oversight in these policy arenas.

“The existing agreements are not specifically aimed at looking at plastic across the entire lifecycle so there will not be duplication. This is also another example of how influential the plastic industry is on our environmental department.”

South Africa’s new plastic bag regulations only aim to have 100% recycled material in plastic bags by 2027, yet other countries on the continent are phasing them out.

“If we cannot be ambitious enough on strong plastic policy on a national level, there isn’t really much surprise that we are adopting a weak position towards a global process,” Reddy says.

Upadhyaya, too, says it’s not surprising that certain sections of the local plastics industry don’t support a new MEA on plastics, because “it will force them to internalise the true cost of plastic pollution”.

“The department would do well not to generalise in reference to the industry. The South African industry also includes progressive industries, namely Woolworths Holdings Limited and Pick n Pay, which have publicly supported the call for a global treaty on plastic pollution. Just like South Africa’s fossil fuel industry, the plastics industry is also way behind the curve.”

Comments from Plastic SA and the department will be published when they are received this week.