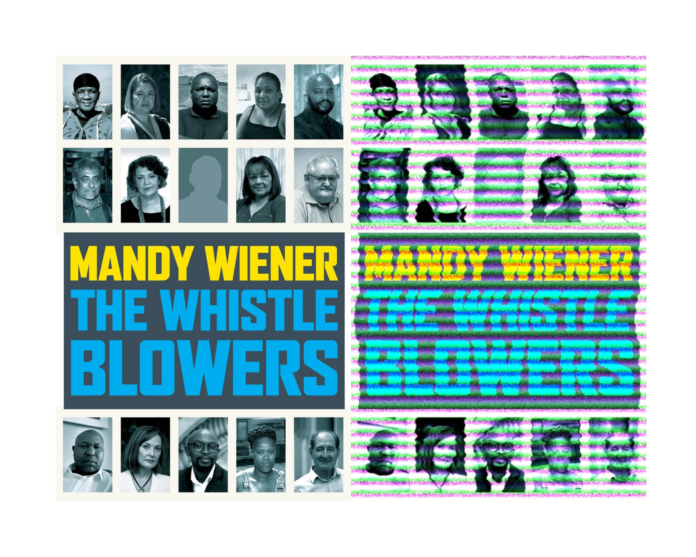 The vibrant and tenacious Ziyanda Ngcobo is a senior political reporter at Newzroom Afrika. She has spent the past few years investigating political violence in KwaZulu-Natal, visiting uMzimkhulu many times to interview victims and their families. She knows the lay of the land. Her podcast on the death of Sindiso Magaqa, produced while she was at EWN, interrogated the motives behind his death and attempted to unravel the mystery.

“Political violence in KwaZulu-Natal is mysterious. It never reaches a conclusion,” she tells me. “Justice still hasn’t been served. People, when they do get arrested, eventually get released from prison, or the justice system continues to fail either the families or even whistleblowers who actually come forward with crucial information. Because of the nature of political killings in the province, it’s actually a network of many people working together and so getting to the bottom of cases has become very difficult.”

As Ngcobo explains, political violence in the province often boils down to the scramble for resources. It has its roots in historic standoffs pre-1994. “There just hasn’t been a way to fully stop the violence; it’s now just for different reasons. So before 1994 it was ANC versus IFP, whereas it’s now about who gets to become a councillor and who gets access to local government resources in municipalities and the patronage networks.”

I ask Ngcobo whether Magaqa should be considered a whistleblower. After all, he apparently raised the alarm on corruption, according to his friends. She contemplates this for a moment.

“It’s what his friends say he was, but I don’t know the nature of what it was he exposed. I’d never been part of any of those ANC branch meetings where he was said to have raised the issue of the funds that were meant to go to the memorial hall. Also, there are many theories that people have as to why they believe that Magaqa was murdered.

“When I did my investigation there was also discussion that he was having a love affair that turned sour with the wife of one of his good comrades. Others will tell you that it was a business deal gone sour; that he was part of some illegal business dealings. But Thabiso Zulu will tell you that’s just a narrative that was established to distract people from the real reason behind why he was killed, which is that he spoke out against corruption within the uMzimkhulu municipality,’ Ngcobo says.

The reporter first came across Zulu when he spoke at Magaqa’s memorial service. She was astonished by what he and Les Stuta said at the time.

“There was a hotly contested ANC conference in 2017 and, of course, now President Cyril Ramaphosa versus Nkosazana Dlamini-Zuma and there were just a lot of killings at the time. Many of them weren’t high profile, but Magaqa’s was high profile because of the role he played in the ANC Youth League. His service was carried by most broadcasters and Zulu and Stuta used the service to speak about the reasons they believe were the motive behind his killing. They said quite emphatically and boldly at the time, given the number of killings that were taking place, that they believed Zulu was murdered because he blew the whistle on corruption in the uMzimkhulu municipality, related to the building of the memorial hall and that funds had been stolen.”

Ngcobo had heard rumblings and murmurings about this corruption, but few were willing to go on the record about it. Zulu, on the other hand, was outspoken.

“Zulu also became very popular because he was one of the few people at the time that was bold enough to publicly say what was kind of an open secret or something that people would talk to you about off the record but weren’t willing to speak to you publicly about,” she says.

“I would consider him a whistleblower because he actually had documents: he gave names. And after interacting with him at a later stage he had certain documents and evidence to back up his claims, which he gave to the police. My understanding is that the police also tried to approach him, but the level of mistrust between him and the police was such that there were certain people that he wouldn’t interact with. Zulu at the time also said some cops were part of the entire scam to cover up what happened with the money, despite reporting it to the Hawks as well. He claims the network goes that deep.”

There is a different side to the story, Ngcobo says.

“The politics within the Harry Gwala region in KwaZulu-Natal have always been quite volatile and violent. Through its history and through its nature and some people, if you speak to people on the other side who will defend the municipal officers, they will tell you that people like Magaqa and Zulu were just upset they weren’t in charge of the process because they, too, would have wanted to embezzle funds. But, I mean, that’s all just hearsay.”

Ngcobo mentions an investigation on this matter conducted by the office of the public protector. Towards the end of September 2017, after Sindiso’s death and funeral, public protector Busisiwe Mkhwebane decided to conduct an “own initiative investigation” into the allegations because of the public interest and the seriousness of the claims. She was concerned about the imprudent use of public funds, as well as the allegations of deaths of councillors who may have blown the whistle on the matter. As part of this investigation, she interviewed Zulu and Stuta and acknowledged the importance of these whistleblower disclosures in her probe.

A year later, towards the end of 2018, the public protector released her report. The damning findings supported Zulu’s allegations. She concluded that the correct procurement processes weren’t followed, that there was no competitive bidding process in the appointment of the contractors for the hall, that the expenditure was irregular, and the conduct of the municipality was improper. Mkhwebane also found that Minister of Police Bheki Cele and the South African Police Service (SAPS) had failed to provide security for both Zulu and Stuta and that this “exposed them to the risk of being assassinated”.

In addition, she found that the conduct of the minister and the SAPS were improper and there was an undue delay, gross negligence and maladministration. Her remedial actions included that both men be given state-funded protection. Cele filed papers in court, taking the report on review.

This is an edited extract from The Whistleblower (Pan Macmillan) by Mandy Wiener.

Mandy Wiener
Mandy Wiener is one of the country's best known and most credible journalists and authors. She worked as a multi award-winning reporter with Eyewitness News from 2004 until 2014, filing reports for Talk Radio 702, 567 Cape Talk, 94.7 Highveld Stereo and Kfm radio stations.
Facebook
Twitter
WhatsApp
Linkedin

OPINION | How I found out my dog wasn’t racist