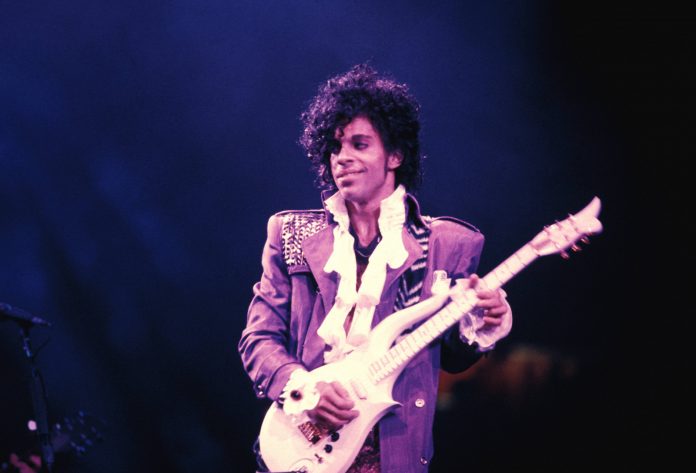 Sex, parties, and the Bible. Ah yes, conservative sphincters are clenching already but that’s too bad because these are the ingredients required to produce one of the world’s greatest pop stars of all time.

Prince Rogers Nelson, the artist known as many, many things, but we’ll refer to him simply as Prince. He seemed to long for the kind of relationship that was equal parts good loving and good sex, whose parties were the wildest in town and who once claimed that reading the Bible was his hobby.

Yes, he was a fascinating man with a lot to say and the creativity to share that with the world. And yes, he was queer. Sex and sexuality are probably some of Prince’s strongest superpowers and only a queer person can wield them in the ways he did — in spite of who he slept with.

If you know anything about Prince, you know he’s got more music than the Queen has lives. So like any good list, this one will infuriate you but it will also show you the Prince that I fell in love with.

There’s something quite arresting about how loudly mixed in the percussion on this song is. It has a harsh marching band type tempo that’s very good at both emulating the raciness of sex but also concealing the R18 subject matter in some dance-worthy privacy for those who are too distracted to take a listen. But most of all, it’s honest. Prince is insatiable and he wants you to know that over a rock ‘n roll instrumental.

Songs like All the Critics I view as some of Prince’s most personal because if you weren’t privileged enough to make his infamous Paisley Park parties’ guest lists, this was the only other way to get in. This song is a club banger and stands toe-to-toe with a lot of what modern DJs are putting out today. But he was interrogating his access with regards to critics. In January 1982, two days before the American Music Awards, he dropped the satirical dance track in what appeared to be a response to the aforementioned critics’ falling for another darling in Rick James. But who cares? At the end of the day, “You can dance if you want to.”

Where All the Critics invited us into Paisley Park to party with the Purple One, Cream invites us right into the primary bedroom suite. Prince’s kinks are on full display here. “Look up in the air, it’s your guitar” and “You got the horn so why don’t you blow it” are the types of lyrics that got conservative America into a tizz. We have Prince’s Darling Nikki to thank for the parental advisory label after all. It, and other songs with non-family friendly lyrics, caused the Parents Music Resource Center, a group led by Mary “Tipper” Gore, to develop the warning in 1985 after Gore heard her 11-year-old daughter recite the song’s lyrics about masturbation. Cream followed a few years later.

I Love U in Me picks up where Cream oozes off. Cream’s colourful sound and descriptions make it so that you can get away with playing it in company and people may not notice what’s going on. But with I Love U in Me, we’re firmly in lovemaking territory. There’s no escape here. The slow, slinky ballad presents Prince’s subtle vocals front and centre. The words they shape have no tolerance for euphemisms. It’s probably the most intimate we’ve ever heard the Purple One and yet he still reminds us that there’s nothing to be embarrassed about: “Everything I want is what she does to me / She don’t blush cos she’s so damn free.” The message is clear: ask for what you want and it will come.

From longtime collaborator Sheila E. to actress Kim Basinger, Prince had many loves over the course of his life. Pink Cashmere is a proclamation that you can always start again but when you do, put in the effort to make it last. Nothing is off limits, not even making them a coat of pink cashmere — which he likely had a matching version of, I’m sure.

The hopeless romantic that he was, Prince put together one of the best love declaration ballads of all time in Diamonds and Pearls. Something about this song that probably doesn’t get the most airtime is how inclusive it is, quite literally and musically. “If I gave you diamonds and pearls, would you be a happy boy or a girl?” is not an accident, it’s an intentional invitation to all gender identities. And there’s the way the song is constructed too. The song is recorded in G Major, one of the first and easiest chords guitarists are taught, making it an easy singalong song. And if you really can’t catch it, at least everybody can eventually sing, “D to the I to the A to the M, O to the N to the D to the pearls of love.”

Many people point to I Would Die 4 U as Prince’s coming out song because it opens with “I’m not a woman, I’m not a man.” And maybe. But also no. This is a song about Jesus, because remember the last ingredient in the Prince formula is the Bible. I’m not sure Prince was ever hoping to die for anyone really. Nevertheless, this wild song about Christ’s sacrifice should be an Easter tradition across churches, if you ask me. If we are all made in his image, then fine, Prince declared his queerness on this song, if that’s what you want. What we can agree on is that on the list of things Christ gave us, Prince is right up there with salvation.

Modern Prince doesn’t get the hype it deserves but I challenge you to put Purple Rain et. al. on the backburner for a little bit and explore some of the final gifts he personally gave us. Breakfast Can Wait appears on 2014’s Art Official Age. The concept album explores love in the future, 45 years into the future to be exact. It’s almost as if he knew he was leaving us and wanted us to know he’ll always be with us. For Breakfast Can Wait’s part, it’s classic Prince. His insatiable desire is further explored in this morning bedroom banger with all the clever writing we’ve come to appreciate from him: “Finally my eyes are open, I dream about you all night long.”

There are many Prince covers out in the world but these are special because they were both for B-side projects. How is it that B-side Prince songs would go on to make hits for the likes of Sinead O’Connor and Alicia Keys? O’Connor’s entire career hinged on the success of Nothing Compares 2 U leading to her ultimately becoming a one-hit wonder, which is just as well because she recorded the cover without the Purple One’s blessing. For Alicia Keys, How Come U Don’t Call Me was a bold move from a brand new artist which would ultimately serve her album rollout well.

No, this list doesn’t end with Purple Rain because I actually think Adore might be some of the best music Prince has ever made. Though he cycled through multiple partners over the course of his incredible life, he still longed for a lifelong partner. And I’m not sure that there are more romantic lyrics in music: “If God one day struck me blind, your beauty I’d still see / Love’s too weak to define just what you mean to me.” Perhaps he never found that love in all the people he was with but he showed us that it’s possible. That’s what Jesus was here to do so, you know what, Prince may just be our queer Messiah after all. Happy Pride Month and happy heavenly birthday Purple One.

Rifumo Mdaka
Rifumo Mdaka is an editor who writes a lot about music and queer art with bylines in MTV, OkayAfrica, Bubblegum Club and other corners of the web.
Facebook
Twitter
WhatsApp
Linkedin