There has been a tectonic shift in the motoring world for a number of years as bakkies and SUVs continue to drift apart. Much of this has to do with the SUVs becoming more luxurious. Every new model is under pressure to feel more plush than the last. This is even true for the traditional exceptions: sure the Defender might be termed “rugged” but more in the “I’ll go hiking but only with designer boots” sort of way.

But no one clings to the notion that a posh bakkie could ever be a good thing. Just ask Mercedes-Benz, creators of the ill-fated X-Class, how awkward the contrast can be to navigate. It’s something that compatriots Volkswagen have long grasped: even the interior of a Polo tends to be more richly-padded than the far more expensive Amarok. 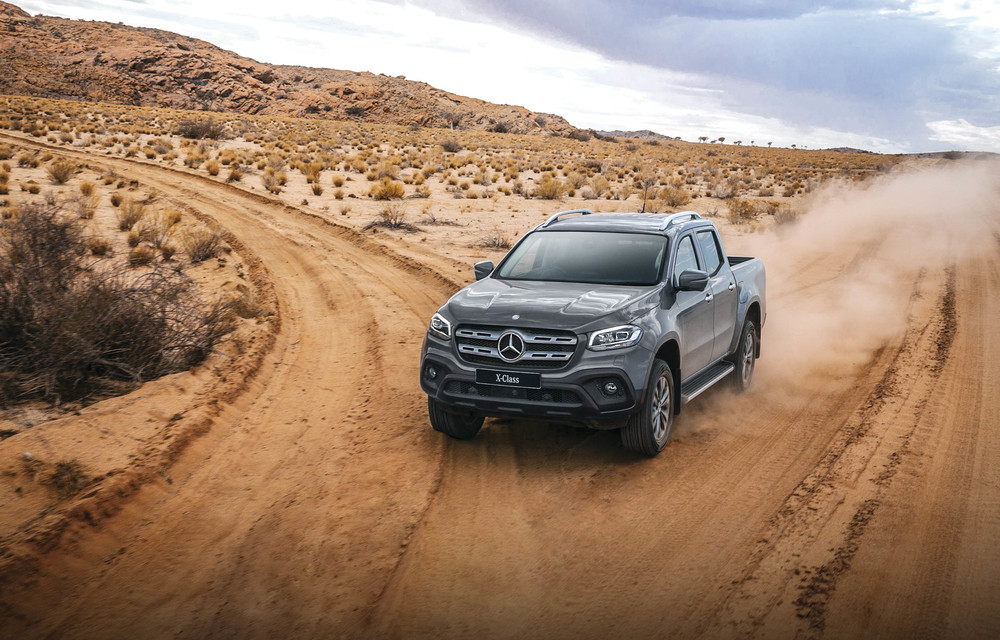 But the Ford Everest is an iconoclast. This is what we used to term a 4×4 15 years ago. No fuss, plenty of space and no bullshit. It captures the essence of the SUV that is often lost.

Toyota Fortuner fans are probably screaming at these words — that South African favourite, after all, merits the same description. But Ford takes it to another level.

This is especially true for the Everest Sport. Freshly released this year, the edition adds menace to the range with black details around the body, a mesh grill and darkened rims. In all black, like the test vehicle, it’s undeniably sexy. In other words you need not sacrifice your bad boy/girl aesthetic for practicality.

The Everest is a vehicle for all occasions. It will tackle any cross-country mission, handle itself well on all but the most intense off-road terrains and happily complete a day-to-day city agenda too.

All from an elevated vantage point. It’s one of those motoring intangibles; some SUVs inexplicably feel higher than others and there’s no doubt this is one of them. Sitting high in the seat, drivers may fall victim to spells of bravado as they survey the road around them.

The fantasy is borne through by the huge cabin; one in which each passenger has room to stretch out from head to toe. The back row of the sixth and seventh seats is a touch cramped but you’ll probably be shoving the smaller children in there anyway. Fold down all the seats and there’s enough capacity to fill it up with water and host a water polo match.

Despite all the talk of “ruggedness”, the interior is by no means shoddy.

As an option you can add black leather seats accentuated with blue stitching. The theme continues to the dash with lighter turquoise shades used on the gauge needles and information screen. The rest of the controls won’t win a design award but the point is to be more functional than fiddly.

It’s those prices that have made the Everest so appealing. With Ford’s commitment to manufacture them locally, combined with the no-frills approach, we have a giant vessel that can do almost anything that is asked of it, for well short of a bar.

Don’t expect the smooth ride of an Audi or Volvo. But is that really why you want an SUV?