The cases of the bad magistrates 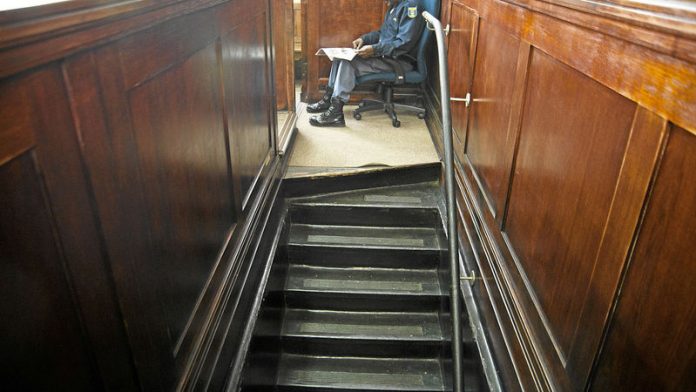 Free State chief magistrate Abida Motlekar has been accused of 19 counts of misconduct. Her case has been before the Magistrates Commission for more than a year.

It is one of many; more than 900 complaints have been lodged against magistrates in the past five years.

Mahomed Dawood, the commission’s secretary, said that in the past two years 293 complaints have been lodged. Though 84% of the cases had been finalised, no magistrates were found guilty. He said the complaints against magistrates ranged from corruption and sexual harassment to acting without integrity and driving under the influence of alcohol — and even one case of murder.

“In serious cases magistrates are provisionally suspended from office pending the investigations by the Magistrates Commission. The range of sanctions include [being] cautioned, reprimanded … and removal from office,” said Dawood.

Motlekar’s charges relate mostly to her mistreatment of the Welkom court manager, Motshidisi Mokutu, and other officials. In a document dated November 24 2017, the commission sets out the charges Motlekar needs to answer to.

In the list of charges against her, one refers to her refusal to let staff members pray inside the courthouse from 2012 to 2014. The document says she is alleged to have told officials that they did not have the right to practise their faith at their place of work, even though their prayer meetings were not held during working hours.

“You furthermore went so far as to instruct the supervisor for security to lock all courtroom doors to deny access to these venues to hold their prayer meetings before work,” reads the document.

Another allegation in the document is that Motlekar told Mokutu that nobody had confidence in her abilities. When Motlekar was told to stop her abusive behaviour she told her court manager she would continue. The manager left, embarrassed and humiliated.

When asked for comment Motlekar referred the Mail & Guardian to the commission. Dawood said: “The matter is the subject of a misconduct hearing, which is currently still in process and therefore sub judice.”

Another magistrate who was under investigation is Xoliswa Stuurman from the East London court.

According to investigations by the commission submitted to the parliamentary portfolio committee on justice and correctional services, Stuurman was suspended last year for insulting and belittling clerks.

She would use offensive language, was disrespectful and raised her voice and shouted at clerks and their supervisors in the presence of other staff members. She also sent emails to administrative staff using offensive language.

The M&G could not reach Stuurman for comment. But during the investigation Stuurman disputed all charges. She said the only reason the commission had charged her was that it was “preconceived, irrespective of any other side of the story that could rebut” the charges.

Stuurman was found guilty on 17 counts of misconduct.

She has since been dismissed, according to parliamentary records.

A third case before the commission is that of Letitia Freeman from the Mossel Bay magistrate’s court.

According to the commission’s submission to Parliament, Freeman was suspended this year. She faces allegations of dishonesty, including not disclosing that she had been convicted of a criminal offence, for theft, in 1993 and sentenced, not disclosing her founding membership and directorship of a Southern Cape fish co-operative, and submitting several incorrect travel expenses.

Upon inquiry to her office, the M&G was referred to the commission, which again said it could not comment because the case was ongoing.

The Free State regional office of the department of justice has other problems, including pending charges against its regional head, Thembile Khuse, and the head of labour relations, Riaan Swanepoel.

Among other charges, the two were accused of tampering with the disciplinary hearing verdict of an employee, a Mr Mokatsane, who was accused of theft, or alternatively that they should have known about the tampering.

Documents the M&G has seen state that Swanepoel “issued an unlawful instruction to … the chairperson in the disciplinary [hearing] of Mr Mokatsane, to change his verdict of not guilty to the verdict of guilty”.

Swanepoel is charged with gross dishonesty, negligence and collusion.

He said he was not allowed to speak to the media.

Khuse is also charged with having been aware or that he ought to have known that the disciplinary process had been tampered with.

“You prejudiced the administration of the department by allowing the termination of the employment contract [of] Mokatsane when you were aware or ought to have known that the chairperson of the disciplinary enquiry had found him not guilty of theft that he was charged with,” reads the charge sheet.

Khuse referred the M&G to the department of justice.

The spokesperson for the department, Steve Mahlangu, said he could not comment until the matter had been finalised.