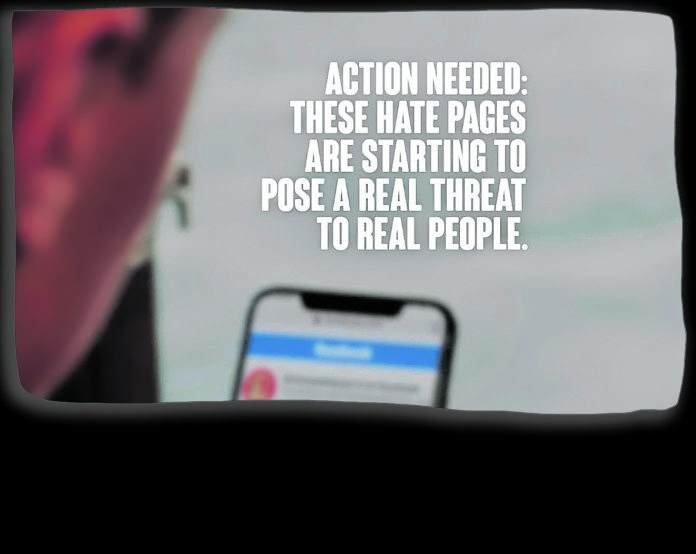 In January 2019, Willem Petzer — an activist against the so-called white genocide in South Africa, with a reported fondness for racist and pro-apartheid memes — made an excited announcement to his 15000-odd Twitter followers:

“So I busted the people behind the ‘Busting the myth of white genocide in SA’ page!!!” he exclaimed. “Please RETWEET”. Shortly afterwards, this message was endorsed by Steve Hofmeyr, the musician who has become better known for his support of white nationalist causes.

Busting the Myth of White Genocide in SA — known by its creators and supporters simply as “Busting” — is a Facebook group established in April 2018, with a mission to “debunk conspiracies and fight white supremacists that threaten a united South Africa”. The page was set up to counter inaccurate statistics and information disseminated by white nationalists and far-right activists in South Africa, especially when it comes to the sensitive issue of farm murders.

The administrators of the group are anonymous, and describe themselves publicly as “a team of smart and streetwise South Africans who joined forces to combat misinformation and propaganda online”.

But Petzer believed that he had unmasked the people behind the Facebook group, which had gained significant online traction by doing exactly what its name suggests: debunking the myth of white genocide.

The idea that there is a “white genocide” occurring in South Africa has been widely discredited, including by Africa Check and the BBC.

Petzer’s tweet linked to a video of himself, in which he describes the Facebook group as a “massive misinformation and hate campaign”, being run from Hermanus by “three useless women”. Petzer identified one Mandy Owens as being the principal architect of the group.

Petzer offered no proof for his assertions, and the video has subsequently been removed by YouTube. The pair had sparred previously, over Owens’ support for land redistribution for poorer communities in Hermanus, but Owens denies any involvement with the Facebook group.

“None of it is true. None of what Petzer has said, or these right-wing trolls have said, is true,” she said in an interview with the Mail & Guardian.

But the damage was already done. Beginning just hours after the video was released, and continuing until today, Owens has received a steady stream of death threats and hatemail.

“The day he posted that video, the death threats, the rape threats started coming in. They threatened my child. I didn’t know that people like this even existed. It was a shock to the system for people to say such awful things. One of them wished that my child would be boiled alive in front of me, while I’m being gang-raped.”

The online threats had real-world consequences too. Owens’s home address in Hermanus was leaked online: her home was subsequently vandalised, and the tyres on her car were slashed. She lost her job after anonymous calls and emails were made about her to her Pretoria-based employers; as a result, she has lost her home too.

“It’s affected our whole life. We still live in fear, paranoid. Every time we go out in town, anywhere, I’m terrified of people recognising me and physically harming me or verbally abusing me. It has happened,” said Owens.

Being falsely associated with the Busting group was enough to overturn Mandy Owens’s entire life. That’s why the group’s actual administrators have decided to keep their identities anonymous.

The M&G spoke to three administrators — whose identity is known to us, and whose participation in the group has been confirmed — about how the group was formed, who they are and what they stand for.

“We were just a bunch of people that found each other in the comments sections of social media sites brought together by a need to see change. We got in touch over encrypted apps like Line, and started a group, having learnt from the mistakes of people who had gone before us. We had to stay anonymous and work from all corners of the country,” said one.

They see themselves as being on the frontlines of an online war against racially motivated disinformation and propaganda. “There’s a well-funded campaign to present Afrikaners as a threatened minority on the brink of extinction to the world. We hope to put a serious cog in the spokes of this plan. We’ve started to make people more wary of viral posts; we’ve gotten people into fact-checking.”

The real administrators of the Busting page deny that Mandy Owens was ever involved. They describe themselves as being from diverse racial, religious and ideological backgrounds.

Another administrator said: “As a team made up of different people from different backgrounds, races and religions, our core political views tend to differ. Some of us lean towards socialism, some more towards liberalism and we have one or two identifying as centrist.”

The group currently has 17 692 followers on Facebook. “We endeavour to challenge the distortion of current South African issues — like crime, land reform — by those with racist agendas.

“Since racists and the far-right have been very active on social media for a while, there’s hardly any shortage of myths, lies and false alarms to bust,” the admin said.

Willem Petzer refused to answer questions put to him by the M&G, saying that “your questions are asked in extremely bad faith”. He said: “I don’t need you to tell my side of the story. I am very capable of providing facts to the public discourse myself.”