Zane Kilian — the only murder accused in the assassination of the Anti-Gang Unit cop, Lieutenant-Colonel Charl Kinnear — was added to the charge sheet of alleged underworld figure Nafiz Modack and co-accused, Jacques Cronjé and Ricardo Morgan.

Modack, Cronjé, Morgan and Kilian are charged with intimidation, kidnapping and extortion, contravening the Prevention of Organised Crime Amendment Act and the Electronic Communications and Transactions Act (cellphone tracking). The charges relate to alleged intimidation and kidnappings in March last year at the Crystal Towers Hotel, Century City, in Cape Town.

Their appearance in the Cape Town magistrate’s court on Friday was less of a show than on Monday, when Police Minister Bheki Cele and his cortège of police high flyers attended the court proceedings.

But, on Friday, it was down to logistics as the state and the defence tried to juggle the multiple cases Kilian and Modack face.

The state’s Adnan Gelderbloem told the court, given the high profile nature and security concerns relating to the case, the matter will be transferred to the Blue Downs regional court in two weeks, on 20 May.

The defence opposed the date, arguing it is an infringement on the constitutional rights of their clients.

Modack’s legal representative, Dirk Uys, said: “The state arrested my client and threw the kitchen sink at him. He was in Bishop Lavis [on Tuesday] and now they are adding an accused [Kilian]. They [the state] must get their act together.”

After a brief adjournment an earlier date was arranged. The judge ruled that all cases against the accused at the Cape Town court will be postponed to 14 May at the Blue Downs regional court, where a date will be confirmed for the bail hearing.

But, moments before the court was adjourned, Modack made a startling allegation that the Bellville police station commander had tried to kill him. After placing the matter on record, no further details regarding the alleged incident were given.

Adding to Modack’s charge sheet are charges for attempted murder, reckless driving and resisting arrest. This relates to the day he was arrested after a high-speed chase in Century City on 29 April.

On Tuesday 4 May, the state accused Modack of being involved in the failed hand-grenade hit on Kinnear outside his house in Bishop Lavis on 23 November 2019.

A charge of attempted murder, five counts of conspiracy to commit murder, conspiracy to acquire and possess explosives and gang-related charges were added to Modack’s already lengthy charge sheet. 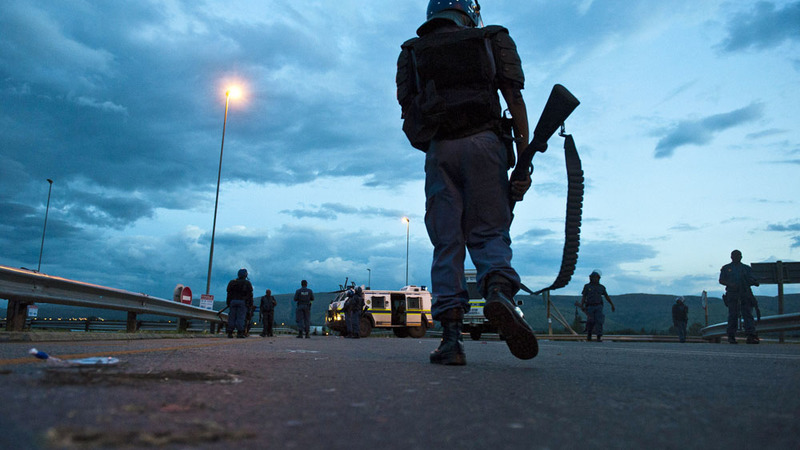 The state alleges that Modack colluded with Amaal Jantjies and Janick Adonis on 16 and 17 November to “unlawfully and intentionally murder” Kinnear.

Jantjies and Adonis are co-accused in the hand-grenade case running in the Parow regional court, where their bail application is pending.

Modack was charged with corruption after the arrest of an anti-gang unit police officer, Ashley Tabisher, this past weekend. Both appeared in the Bishop Lavis magistrate’s court where charges of corruption, money laundering and the Prevention of Organised Crime Amendment Act were laid.

The state alleges a corrupt relationship existed between Modack, Tabisher and Jantjies. According to the charge sheet, Jantjies acted as the agent between Modack and Tabisher, who in turn provided information about when and where the anti-gang unit was planning to raid Modack’s properties and who of his workers were supplying information to the police. In turn, Tabisher received gratification from Modack of more than R13 000.

This case was postponed to Monday, 10 May, in the Bishop Lavis magistrate’s court, and will apparently be transferred to the Blue Down regional court as per Modack’s other charges.

Modack, Cronjé, and Morgan are being held in Pollsmoor Prison, while Kilian remains in Goodwood prison.