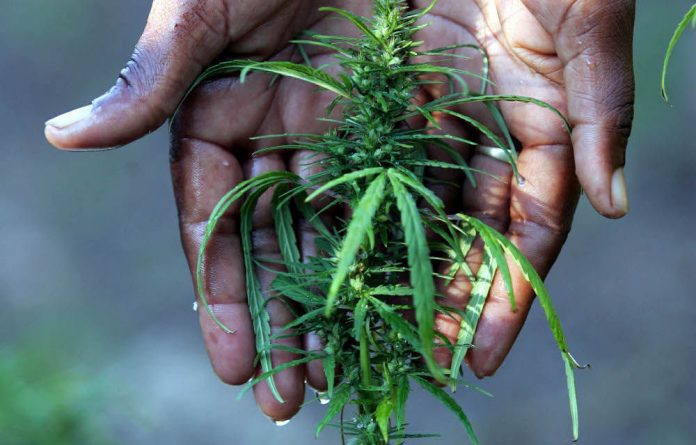 Legalisation of cannabis for medicinal purposes within a few Southern African states (Lesotho, South Africa, Zambia and Zimbabwe) has been received with a great deal of enthusiasm. Most of these countries’ governments consider that the industry could contribute sizeably to their respective economies, through foreign earnings and reduced foreign pharmaceutical expenditure.

This optimism has stretched to the point of some of the aforementioned nations proclaiming that cannabis exports have the potential to replace commodities such as tobacco which over the years have witnessed a decline in demand. For these states, cannabis is now thought of as “green gold” and an asset that can be exploited to attract investment, create employment  and progress these industries through localised downstream opportunities.

Despite these positives, a major obstacle to the progression is stigma, as confirmed in a recent study on Southern Africa’s cannabis industry by Birguid. Until recently, cannabis has been an illegal substance within the region’s profiled countries (South Africa, Zimbabwe, Lesotho, Malawi, eSwatini and Zambia). Because of this classification, cannabis is a commodity that is traded on the black market and widely used for recreational purposes.

Most of the cannabis consumed for recreational purposes is smoked, with the remainder being consumed as edibles and vapours. Birguid’s study revealed that, at present, nearly all of the revenues are generated from the recreation segment. In 2019, the regional cannabis market is estimated to have generated just over $1-billion in revenue, with approximately 90% of the revenue generated from the recreational market. Strains like Malawi Gold (Malawi), Binga Gold (Zimbabwe), Swazi Gold (eSwatini) and Durban Poison (South Africa) are some of the recreational segment’s best-selling cultivars based on their potency. The aforementioned also sell at a premium and are expected to continue to account for a majority of the industry’s revenues during the forecast (2020-2024).

Because most of the cannabis grown on the continent (estimated at 28 000 tonnes per annum according to a UN report) is being consumed recreationally; albeit illegally, a critical first step for growth and progression of the industry is overcoming the negativity associated with it. Going forward it will be important to transition the industry from being a preserve of cannabis enthusiasts. Transitioning cannabis into a mainstream industry has already started with the legalisation of cannabis for medicinal and industrial purposes. Another suggestion would be to consider legalising it for recreational purposes. Currently, South Africa is the only country (of the profiled states) that has legalised cannabis for recreational purposes (private cultivation and consumption) but there are a few positives that could come with this stance from both a regulatory and economic contribution standpoint.

For starters, as a result of recreational cannabis being traded on the black market, farmers of the commodity earn extremely low incomes for their produce. They do not have connections to the end market and only deal through intermediaries (dealers). Dealers purchase cannabis from growers and sell it on at prices that have been reported to be five and in other cases 10 times more than the prices they pay the farmers. Legalising the recreational component could contribute to these farmers earning better prices for their produce and empower them to take better care of their families.

A second consideration is potential tax earnings. Per Birguid’s research findings, Southern Africa’s cannabis market generates just over $1-billion a year and could double over the next five years. Most of this revenue is earned on the black market and thus does not generate tax. Legalising cannabis for recreational purposes could, therefore, enable respective countries to earn taxes from the commodity. In addition to tax earnings, countries could also earn further income from the industry through aspects such as “cannabis tourism” which is already taking place in countries such as Malawi (although “illegal”). Formalising these complementary industries could, therefore, generate more revenue for the state.

The medical cannabis segment is the sector where most of the investment is currently being injected. For now, most of this investment is coming from countries that include Canada, the United States and the United Kingdom. A setback to local investment is exorbitant pricing for operating licences which average at about $35 000. Smallholder farmers within each of these countries have echoed the same sentiment and feel their governments have let them down from a licence fee viewpoint and should consider discounting the fees for citizens who apply.

Based on the stigma that exists around the industry, however, governments have defended the higher licence fees as a measure to screen and get worthwhile investors on board. Despite this, a recommendation of Birguid’s study is to prioritise the inclusion of citizens in developing the industry from a farming to a retail standpoint as this local knowledge could go a long way in progressing respective country markets.

Sustaining the medicinal cannabis market will depend heavily on growing local consumption. For now, a major setback is limited research on both the viability of medicinal cannabis as a business and the potency/effectiveness of cannabis-infused drugs compared to existing alternatives. Further research, including clinical trials, is required to justify and contribute to further sector progression. The governments of Malawi, Zimbabwe and South Africa have or are in the process of setting up research and development facilities aimed at finding out more about cannabis from a medicinal viewpoint beyond the mainstream hype. Exhaustive research and a solid evidence base could contribute to further public and private sector investment into the industry, going forward.

Lastly, further viability research is required for industrial uses of cannabis including as an ingredient for food, beverages, pet food, cosmetics, textiles, clothing and hair care products; to name a few. For growth of the industrial sector, information on returns and market potential is critical for further progression of this segment. For now the segment caters to enthusiasts but if it is to grow, more customers need to be attracted and for this to occur, proven return information should exist that draws the required investment and supports the building of brands and markets that serve the mainstream.

In conclusion, Birguid’s recommendation is that although the cannabis market offers opportunity, stakeholders need to further assess viability of the industry and be aware of issues such as stigma and legislation that could raise the risk of investing within the sector. In addition, working together with respective governments and local citizens should also be prioritised to develop respective local markets and sustain demand during the next five years, and particularly over the longer term.

James Maposa is the founder and managing director of Birguid, a research and strategy consultancy