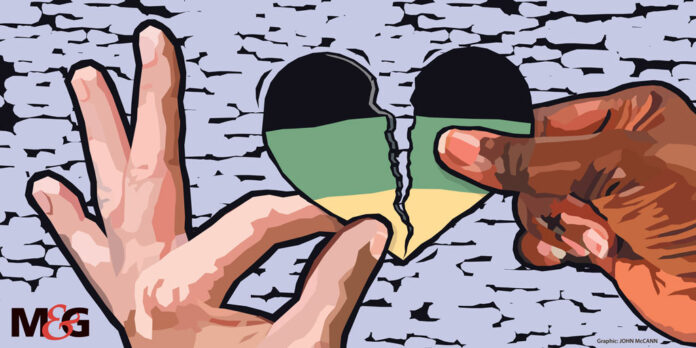 There are few people as irrational as superfans. Superfans are people with an extreme obsession for some other person or thing. They are the ones who may follow a popstar everywhere they go, defend them against every single negative bit of publicity, and expend incredible energy and resources on their hero.

There’s nothing wrong with being a fan. But being a superfan makes you susceptible to irrational behaviour. You refuse to see evidence for what it is because you cannot imagine giving up your core beliefs about your hero. Over time, you become so emotionally and otherwise invested in your hero that the costs associated with breaking that relationship become too high to even contemplate. Too much is at stake. Or so it feels if you do not consider the true facts properly and have poor or no guidance when processing life after letting go.

Sadly, many ANC voters have become superfans of the party. They are so vested in a romantic vision of a political party with a great past that they struggle to accept the realities of what this party has become. I don’t completely fancy my chances to persuade them to think clearly any more than I could persuade superfans of Bill Cosby that he is a rapist.

Fans can be reasonably engaged. Superfans cannot easily be engaged. Similarly, reluctant ANC voters can be engaged even if it will be spirited. But in recent weeks, as more evidence of ANC corruption has surfaced in relation to personal protective equipment (PPE) tenders, it is clear that there are many ANC voters and supporters who have the psychology of superfans. This bodes poorly for our democracy. I want to rebut two poor arguments that many of them hold.

‘Corruption started before the ANC!’

The first silly refrain you see a lot in quasi-defence of the ANC is that the party did not invent corruption. These superfans point out the obvious fact that the apartheid and colonial states were massively and more corrupt in terms of scale. The implication is that critics who skewer the ANC state’s corruption have short memories and that they ― incorrectly ― think the ANC is uniquely morally compromised.

Firstly, I do not need to list all of the states in the world or in this country before 1994 that I also regard as corrupt before I can point out the corruption of the ANC-led government. In fact, that can be a distraction even. Sometimes we have to speak to the moment when there is a requirement to deal with an urgent contemporary issue such as, for example, the PPE tender scandals. A long historical detour would simply play into the hands of the looters. It would buy them time. While we list trite historical facts in public discussion on corruption, the corruption would simply continue with far-reaching consequences that cannot later be undone.

To shout  “Corruption started before the ANC!” is to embarrass yourself by demanding that we allow the ANC to do to us what colonial regimes did. There is no reason to support an ANC that can only meet the lowest of political and ethical standards. Apartheid-era standards of governance are no standards at all.

The second popular argument I have seen online in recent weeks tries to sell itself as sophisticated. It really isn’t all that. The argument goes something like this, “Can people please stop asking us why we are complaining about the ANC if we voted for the ANC?! Just because I voted ANC doesn’t mean I gave them licence to loot. It also doesn’t mean I cannot criticise the ANC. I voted for the ANC because it is all we have, and I criticise the ANC because I want it to do better. Why is this so hard to understand? What is so wrong with this position?”

This isn’t a bad position to hold, but I have seen superfans applauding each other for this view as if it is unanswerable and obviously cogent. It is not. Here is why. Firstly, when you vote for the ANC or for any other party for that matter, you legitimate it. That is literally the political and legal meaning and effect of putting a cross next to that party’s name on the ballot paper. You give it permission to govern, and you approve of its vision for the country.

Voting is not politically neutral. You could of course reason more strategically when you vote (for example, I can imagine someone hating a party they vote for but doing so, for example, to ensure political pluralism to strengthen our political system — a system that requires competition to function optimally).

But, fundamentally, regardless of your private or operating motives, the legal effect of your vote is that you give permission to a party to do what we know it will do when in the driving seat of power. So, ANC voters cannot pretend they are blameless in the construction of successive ANC governments that never self-correct, that never deal effectively with corruption and that continue to loot from state coffers. If no one voted for the ANC, then ANC looting would end. It is that simple. ANC voters aren’t blameless in the story of ANC looting.

As for moaning about the alternatives, I have sympathy for this voter’s dilemma. I have often written about the horrible opposition choices we face as voters. But does dissatisfaction with the opposition parties necessitate voting for the ANC into perpetuity? This logic is fuzzy. It is as ridiculous as opposition parties thinking they are entitled to our votes if we do not like the ANC. The best way to show our contempt for the entire political system is to think seriously beyond the whole lot of them; for example, thinking of setting up community-based political vehicles that can get on to the ballot and try to garner enough votes to have local representation at least.

We will never challenge ourselves — across the globe for that matter — to think deeply, urgently and creatively about the global and local political crises in democracies everywhere if we think it is compulsory to accept that the political systems we have are the only way to become politically involved and the only way to gain and wield societal power.

I am not implying we should revolt. Nor do I have an easy solution. What I am saying, at the level of ideation, is that our imaginations are not even activated to think beyond politics as usual for as long as we assume that the status quo is the only way societies can be arranged. Put differently, if we allowed ourselves the freedom to imagine living without the ANC and without other political parties, the creative juices may flow properly for the first time and who knows what, as civil society, we might then design. Politicians — all of them — would shit themselves.

It is time to let go of our political heroes and to take our collective interests more seriously than our habitual historical deference to political parties. Politicians, like entertainers, love having superfans. Do not give them that pleasure. We can acknowledge historical heroes. It doesn’t mean we must love them unconditionally.