UCT needs to clean up its dirty investments 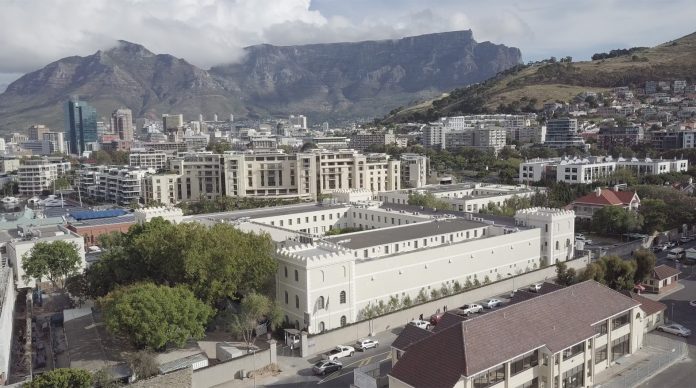 Despite the University of Cape Town being a leading centre of climate science research, UCT holds investments in the fossil fuel industry, the leading cause of the climate crisis. The university recently said that about 2.5% of its endowment of more than R10-billion is invested in fossil fuels.

With universities continuing to invest in climate breaking fossil fuels, the financial, ecological and human cost of such disasters will only increase. The university must follow its own science and divest from fossil fuels.

The concept of fossil fuel divestment is simple: end direct and indirect investments in the companies more responsible for producing and selling fossil fuels. Move the money and the rest will follow.

Divestment on a global scale does have economic and financial implications, but it is a social and moral choice. It is the first step towards re-engineering our economy, energy infrastructure and values, putting us on track to secure climate and environmental justice for those that need it most.

The arguments against divestment include that it is not a financially wise decision and that it is more effective to have continual discussions with fossil fuel companies to pressure a transition to renewable energy.

But a report in March by the Imperial College London showed “superior risk and returns profile for renewable power in both normal market conditions and amid recent events [the pandemic]”. The study showed that in global market portfolios, returns on renewable energy investments over 10 years (422%) far exceeded returns on fossil fuels (59%).  There is also no evidence, according to an article in GreenBiz and by BrightNow, a Christian Charity run by Operation Noah, that shareholder involvement is effective in getting fossil fuel companies to change their core business models.

Fossil fuels are not just sources of carbon dioxide. Switching away from them provides a host of other benefits including financial stability, conflict reduction and reduced mortality from air pollution.

Alternative energies and “green” technologies are becoming ever more attractive and financially viable. With institutions such as Yale and Oxford universities already moving on divestment and many countries continuing to shift to renewable energy and carbon-friendly technologies, the attraction to and returns on fossil fuels are likely to decline.

Students at UCT and the Fossil Free South Africa campaign have been calling since 2013 for the university to stop these dirty investments. The movement has gained support from many, including Archbishop Emeritus Desmond Tutu, who said: “People of conscience need to break their ties with corporations financing the injustice of climate change.”

UCT has been slow to respond but it set up the University Panel for Responsible Investment (UPRI) in 2017 to advise the university on investment matters, which was officially launched in April this year. It outlined its first engagement as investigating “the carbon intensity of its investment portfolios, how this may be mitigated, the Just Energy transition, and UCT’s stance on fossil fuel investments in general”.

Students welcome the launch of the pane, but there is no guarantee that it will advise decisively on divestment or become a platform for the university to greenwash its activities. It is important that the university is transparent about its fossil fuel investments.

The panel has asked for contributions from all interested parties, including students, alumni, staff members, businesses and other South Africans. Contributions can be sent to [email protected] by 14 May.The truth about climate change has been known for decades. The effects of the climate crisis will affect those in the Global South to a greater degree with those already marginalised based on their race, gender and class. Securing climate justice on the continent is an issue that UCT and South Africans cannot ignore. Our futures are at stake and the climate emergency will not wait.

James Granelli
James Granelli is a second year student at the University of Cape Town studying anthropology and environmental and geographical science. He is part of the Green Campus Initiative at UCT, aiming to promote the climate justice movement to the broader student body.
Facebook
Twitter
WhatsApp
Linkedin