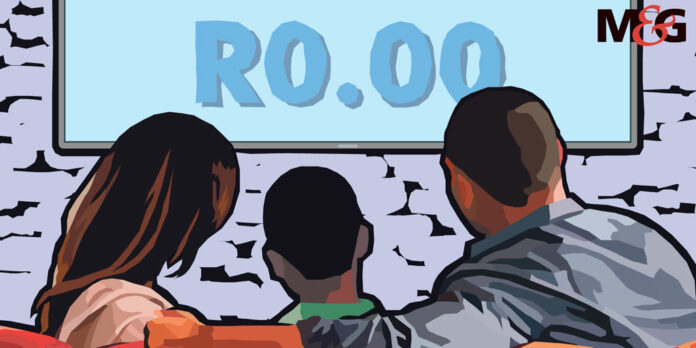 Every year in September, a couple of hundred million Americans undertake a national cultural ritual that has been in practice for more than 70 years. During the third week of September, the big television networks launch their signature shows for the year. Such shows, coming in the autumn season, when the propensity to stay indoors is much higher than in the summer months, tell a story of American entertainment history and the interdependency of parts of the economic system.

The vehicle industry preferred to introduce new and upcoming models in about September. To extract the maximum attention from potential buyers, car manufacturers invested heavily in advertising spend during the September to December period. To harvest the maximum attention from the widest range of viewers, television networks had to source and air the best shows they could find.

The upside was obvious. When TV networks could prove that they had the attention of the audiences, they could market and sell lucrative advertising slots to car manufacturers whose marketing teams were always keen to create visibility and traction for their cars.

The flow of advertising dollars into the TV world unleashed an age of competition — creative and commercial — that made the annual fall schedule a keenly anticipated snapshot on what would dominate TV screens. To keep the commercial dollars flowing, TV networks had to invest in creativity to generate the best shows that would command audience attention.

Over the years, major hits left an impression lasting long beyond the launch season. The arrival of Friends in September 1994 was such a case. The show, based on six friends navigating their way through life in New York City, was the comedy show that not only created superstars but became the window through which many people understand the world of syndication.

The annual jamboree involving car advertisers and the TV networks relied on the ability for TV networks to keep the audiences engaged. New shows posed the risk of possibly flopping. Good shows that attracted a loyal following from season to season made life easier for everyone. The loyalty dimension had two benefits. First, the need to come up with a new show every year is not high when there are a couple of bankable shows that just need to remain entertaining rather than be conceptualised from scratch.

Second, the loyalty factor is a key driver of the success of syndication. In the syndication model, old shows are sold to multiple platforms in multiple countries for reruns. Such reruns come at no cost to the owners and generate constant profits for as long as the demand exists somewhere. For some of the more popular American shows — Friends, Seinfeld, and Frasier among others — the syndication phase has translated into enormous wealth for the key players who get paid residuals for as long as the show is aired.

These benefits of syndication have eluded members of the creative industry in South Africa. Two years before Friends was launched in September 1994, the movie Sarafina was finally released in the United States in the week coinciding with the fall schedule of 1992.

The timing of the release was affected by commercial and political factors. Earlier that year, the US had lived through the Los Angeles riots, which highlighted key issues relating to racial relations. Sarafina, a movie seeking to tell a similarly resonant story from the perspective of South Africa, came at a possibly awkward time for a country still reckoning with the lingering effects of the riots.

Nevertheless, the movie has remained popular and has become a permanent feature of the annual Youth Day celebrations in South Africa. For its actors, the annual revival of Sarafina comes with the annual reflection of how broken the financial arrangements are for the local industry. Every time the movie is re-screened in the country, it evokes memories of historic injustices, while perpetuating an ongoing injustice against those who receive no residuals from the re-running of the movie.

There may have been no bankable funders underpinning the industry, but the South African model has never found the right balance between the rights of producers and the rewards of the actors. As a result, many actors and support staff operate on the economic margins throughout their careers.

The pandemic has almost killed off the sector and stalled new projects, exposing the fragility of the industry. The nature of their “freelance employment”, which is ad-hoc, irregular and unguaranteed, has resulted in the unintended effect of an income security vacuum.

Although most traditional employees can participate in systems that help them between jobs — the Unemployment Insurance Fund in particular — actors do not readily participate in such schemes either because they are unaware of them or because they cannot contribute consistently when the basis for contribution — an income — is so inconsistent.

Not only is the industry too fragmented to roll this out, there is also the reality that the gap between projects may be measured in years rather than weeks.

Similarly, the post-employment benefit and income structures — pension and retirement annuity systems — that should have been the feature of Shaleen Surtie-Richards’ life in her twilight years, are even more elusive for those whose entire career is defined by financial fragility at every turn.

Such a market failure — that leaves the key players bordering on exploitation — invites lawmakers and regulators to intervene. Attempts to usher in reforms in the industry have become gridlocked in legislative chaos that has resulted in one instrument in particular — the Performers Protection Amendment Bill — remaining in limbo.

The tension point behind this stalled process is there isn’t a clear explanation of what the points of irreconcilable differences — if any — actually are. Parliament, which once passed the bill, now wants to rescind it.

Ironically, while the South African actors are still hoping for regulatory reforms that would enable them to benefit from the syndication model, the model itself is under the threat of the evolution of viewers’ habits. The ability of syndicated shows to make money is equally linked to the question of whether those who air the reruns can generate advertising revenues during the re-run. Although the amount commanded during the re-run will pale in comparison to the original airing of the show, the lower amount and almost nonexistent costs balance this out.

But because viewers have many entertainment options — where each viewer is within touching distance of a cell phone, a computer and a TV set — and by extension the various options on offer, it has become a bit more difficult to figure out what viewers will choose first. Such a diversity of options has become even more acute during the pandemic. The lockdowns have resulted in people watching old content mainly because the lockdowns have affected the ability to produce new shows. On the other hand, the proliferation of multiple platforms has made the job of those who seek to sell advertising space on the basis of expected audience volumes much more difficult.

The question of who is a viewer and when they are viewing content is materially different from 30 years ago. And when many platforms allow the viewer to skip past advertisements, the question of whether the advert did register in the eyes and ears of the audience is more elusive.

But for as long as the syndication model exists, the great divide between actors associated with successfully syndicated shows and the rest is a wide gap. The divide between those who live in countries where regulators know what they are doing and those who don’t is even wider.

Last month, the cast of Friends had their reunion. Since 1994, the show has generated $1.4-billion for its actors and producers. For the reunion show alone, each of the six actors were paid up to $5-million each.

Two weeks later, the cast of Sarafina was reunited on our screens. The big difference is that because they have no say in what happens to the movie, their consent was not required and they did not benefit financially as we reflected on the country’s history of marginalisation and exploitation. A remarkable irony.