ANC and neoliberalism: Why the aversion to a fairer economy? 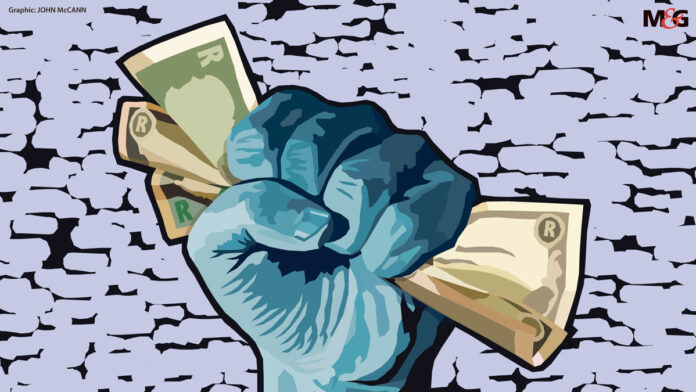 Assuming the ANC drastically curtailed corruption and rebuilt state capacity, would investment in the private sector and economic growth save the country?

In order to produce effective solutions to the entangled plagues of unemployment, poverty, inequality and corruption — the four horsemen of postapartheid — understanding both the fundamental causes and nature of our problems is crucial. The ruling ANC, through its enabling a regime of corruption, eroding of state capacity and general failure to provide quality basic services, is an obvious culprit.

But a major defect of the ANC that often evades investigation and critique is its abundant lack of political imagination.  This weakness was on full display during President Cyril Ramaphosa’s recent State of the Nation address. Ramaphosa called for “a new consensus which recognises that the state must create an environment in which the private sector can invest and unleash the dynamism of the economy”.

The ruling party has weakened its ability and willingness to deal with national crises because its executive leadership is anchored to an ideology and economic system that has proven to be a force of destruction around the world: neoliberal capitalism.

There are disputes as to whether the ANC’s macroeconomic governance can be accurately described as neoliberal. Denoting the ruling party’s present and historic economic policy as neoliberal does not mean South Africa has become Milton’s Friedman’s wet dream or that  ANC’s policies would receive uncritical praise from the Chicago Boys.

Politics is always practised within the influence of certain constraints. The need to secure victories in elections, the demand for rectifying the injustices of apartheid, the make up of its core constituency (the working class, poor and unemployed) and the egalitarian tradition from which the ANC was birthed, have acted as restraints on the ANC’s design and implementation of policy.

The extent to which the ANC has implemented neoliberal policies and the degree to which neoliberal values have guided its governance has varied since 1994. But soaring above Nelson Mandela’s Rainbowism, Thabo Mbeki’s African Renaissance, Ramaphosa’s New Dawn and even within Jacob Zuma’s vision of Radical Economic Transformation, is a steadfast belief that individual and societal prosperity  is only possible through endless economic growth unleashed by loosely restrained private enterprise.

But what is neoliberalism? Author David Harvey provides two levels from which we can obtain a holistic understanding. Firstly, neoliberalism is an economic theory which “proposes that human well-being can best be advanced by liberating individual entrepreneurial freedoms and skills within an institutional framework characterised by strong private property rights, free markets, and free trade. The role of the state is to create and preserve institutional frameworks appropriate to such practices”.

The latter sentence of Harvey’s definition is vital because it clarifies how neoliberalism is not just an attempt to minimise state capacity or construct small government. Being that the state has a legitimate monopoly on the use of violence and the government possesses the democratically granted authority to design legislation and enact policy, neoliberalism has reformed the state to work, mostly although not totally, in the interests of those who dominate private enterprise.

Secondly, neoliberalism is a political project that seeks “to restore the power of economic elites”. This second level clarifies why the inequalities of apartheid have peristed into the present. By the early 1990s the ANC had all but secured its path to executive power and the egalitarian future it had long promised, reflecting the values of the Freedom Charter, posed a threat to domestic and international capital.

It was feared that a government which prioritised human development over economic growth and utilised various redistributive policies would undermine capital’s ability to accumulate and retain wealth. Falling prey to the seduction of economic advisers, Washington diplomats and the subtle threats of domestic capital, the ANC rejected the vision of a developmental state.

Wealth, and the unequal patterns of ownership and production from which it came, remained in the same hands and the inequities of apartheid were compounded. In an attempt to deracialise the private sector, various measures of affirmative action were introduced by the ANC since its ascension to power. Twenty-eight years later a new but small black elite has flourished, some seeking to gather wealth through the state and others more  committed to accumulation in the private sector.  In recent years the inequality between people of colour added to to generalised inequality between white and black people. Unfortunately the prosperity of these new black capitalists has not trickled down to be enjoyed by the rest of the black population

Neoliberalism has not disrupted unjust hierarchies in South Africa. Economic domination, and the suffocating exploitation it entails, continued after apartheid but now conducted by old and new faces.

Grand inequality is the destructive child of neoliberalism that looms over the nation. The immense wealth of South Africa’s economy is gathered in the hands of a few at the cost of social stability, democracy and human dignity. The opulence of a few that relies on the poverty of many cultivates frustration as citizens rightly question why they are denied the opportunity to pursue their own well-being. The rise and persistence of dangerous populism, whether it be organized xenophobia to reserve jobs for South Africans or the calls for radical economic transformation, spring from the discontent produced by inequality.

Highly concentrated economic power manifests as unevenly distributed political power. If democracy is ruled by the people, it requires the construction and reinforcement of institutions which give all citizens the opportunity to partake in decision making regarding numerous spheres of public life — including the economy.

By elevating the interests of the private sector, the ANC has displayed an authoritarian tendency in which policy creation and governance rarely considers the needs of citizens before the concerns of private enterprise. Consider how Ramaphosa’s presidency has continued a cooperation between the ANC and international mining companies in which the rights of indigenous communities are undermined for the extraction of minerals.

Democracy is further eroded when those with significant wealth can exert unaccountable influence over politics through campaign donations, lobbying groups, media organisations or, as is often the case in provinces like KwaZulu-Natal, through violence.

Inequality must also be considered a moral crime. The absurd distribution of income and wealth echoes throughout a person’s life, resulting in unbearable presents and bleak futures. It determines access to healthcare, safe housing and education, closing opportunities that will make existence more than a brutal game of competition and survival.  Unless one believes that the poor, unemployed and working class deserve to be in their position, inequality has no moral or practical justification.

Perhaps the greatest expression of the ANC’s neoliberalism is its frantic aversion to redistribution and state led development. Mandela and Mbeki sidelined discussions of nationalisation throughout the late 1990s while ANC leadership ostracised those within the tripartite alliance who were critical of the economic liberalisation their presidencies had introduced.

It was only after months of protests across the country’s universities that Jacob Zuma announced plans to subsidise higher education. The Covid-19 pandemic and stringent lockdown measures intensified unemployment and food scarcity. Rather than offering comprehensive relief, Ramaphosa’s cabinet implemented austerity measures which cut government spending for education, social services and healthcare.

The surveillance and violent suppression of dissent has become one of the primary strategies deployed by the ANC to manage the conflict caused by the inequality and poverty it refuses to seriously confront. This amplifies distrust and bitterness towards the government. Citizens are first insulted by a state which fails to realise socio-economic rights or fails to provide fragile communities with basic services. The sting of this insult burns deeper when the state’s presence in communities is as a hostile, invasive force willing to harass, torture and in some instances kill those who object to its ineffective power.

No alternatives at the end of history

Change is an inevitable process within civilization. Mutating economic conditions, transformations in nature, shifting and conflicting power relations, revolutionary technological developments, the proliferation of new ideas and the exercise of human agency to imagine and create different social orders — the convergence of all these factors and more has produced different economic systems and political orders over millennia.

One can see the ANC’s reluctance to shift its economic policy as capitalist realism, defined by Mark Fisher as “the widespread sense that not only is capitalism the only viable political and economic system, but also that it is now impossible even to imagine a coherent alternative to it”.

With impressive dexterity, successive ANC leadership has exploited the frustration of citizens and emancipatory or progressive rhetoric to present neoliberal capitalism as our only avenue to human and societal well-being. In unsurprising harmony with the ANC, many of  those who lead national discourse agree. Any major divergence, in policy or legislation, from the neoliberal consensus is ridiculed or lazily critiqued as irrational, unjust or practically infeasible.

The reality is that in its current form, South Africa is an unsustainable social order. If just, drastic and effective action is further delayed, this abundance of human suffering, ubiquitous desperation and the inexhaustible rage of millions will converge to plummet society into total dysfunction.

This isn’t to say societal collapse is in the near future but it remains a menacing possibility on the far horizon.  To avoid disaster, it is imperative we seriously entertain alternative economic policy and realise that history is far from over, we have the agency to craft a society that works for all of us.

Andile Zulu writes regularly for the Mail & Guardian from Durban