Loneliness: A chain that melts the blood inside veins 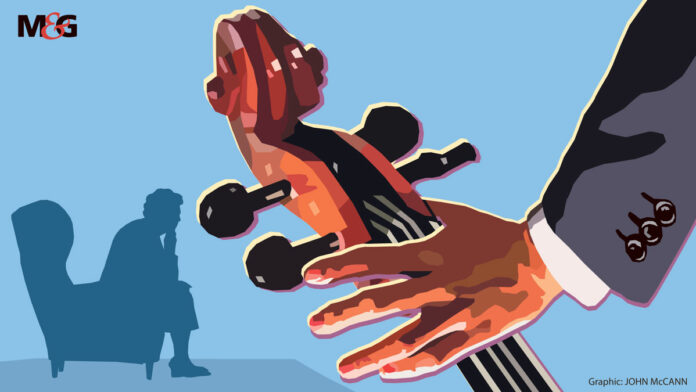 Stjepan Hauser straddles the cello, his fingers vibrating wildly across the strings, as the bow slices across its veins, causing it to bleed with the melancholic strains of the Italian opera song Caruso.

With each note, the Croatian cellist becomes an archaeologist, unearthing emotions long buried in the grave of the heart. Old pain and loss are reanimated, and all the loneliness the listener ever felt becomes palpable again. The story of Caruso is a monologue of regret and longing as a man who knows he is about to die looks into the eyes of his beloved and accepts his fate.

His words are surrender to the separation to come: “I love you very much, very, very much, you know, it is a chain by now that melts the blood inside of our veins.”

We have likely all lost someone we love to the infinite night, or to the world. And the gaping void and ache that grips you afterwards cannot be fully encapsulated by words. Because loneliness is an awful thing. Sometimes, it can be a prison of silence and invisibility. Sometimes it’s a temporary confinement. And sometimes it’s forever.

Seventy-year-old Italian Marinella Beretta sat on a chair one day, and never made it up again. For two-and-a-half years she remained there, her body decomposing until it became mummified. She was discovered only when emergency workers responded to concerns about her overgrown yard. She lived alone and didn’t seem to have close relatives. Her neighbours thought she’d moved due to the Covid 19 pandemic.

While we cannot just assume Marinella was a lonely woman, as it’s possible she chose a life of solitude, her passing recently triggered a national conversation in Italy about loneliness and raised the profile of the elderly and discarded. An Italian newspaper described her as “loneliness personified”.

The story broke my heart and unleashed a wave of sadness for the indignity of her fate and for the reality that many, not just the elderly, are living and dying alone.

You can be five, fifteen or fifty and experience deep loneliness. Various studies in South Africa on loneliness before and during the pandemic, reveal the vulnerabilities of both the elderly and the youth. Some have gone as far as to label it a national health crisis.

In my reading of research into loneliness and anxiety among young people, I came across a term I hadn’t heard before: “syndemic”. It is defined as a state of synergistic epidemics, which happen when adverse health conditions co-occur with personal, medical, political and economic aspects in ways that amplify the burden of disease. The stresses and dependencies that are catalysed through this experience – like substance abuse and the risks of developing Covid-19-related posttraumatic stress disorder – are now being well documented.

Being in this state, especially for long periods, can significantly increase the risk of premature death, and is so significant, it may rival the risks that come with smoking, obesity and living a sedentary life. A study by the US Centers for Disease Control (CDC) declared that it is associated with a 50% increased risk of dementia, a 29% increased risk of heart disease and a 32% increased risk of stroke. These are serious and adverse health effects that require our attention as a society.

Here in South Africa, it doesn’t help that we don’t have enough healthcare professionals available to help counsel and provide therapy to all who need it. Worryingly, researchers warn that the negative effects of this moment are going to persist way into the future. Talk about the proverbial “dying of loneliness” that many love songs testify to.

If you have ever been truly lonely, you may be able to relate to the debilitating physical and emotional ravages it unleashes.

I vividly remember the physical sensation of aching and heaviness during long periods of loneliness. One of the starkest was when my father passed. As he left our house for the last time, heading to the hospital, Lucio Dalla’s Caruso – a song that would become important to me later – poured out of the stereo in my room. Each time I’d hear it, I’d be a teenager again saying goodbye to my dad as he took his last breaths.

For years after, I mourned him and despised the void that settled over me, a void that would at random times ambush me and suffocate me in its grip. I remember feeling physically sick, even immobilised at times, craving his company. I hated the house, hated the cold that descended upon it, hated the quiet and the half-started conversations that ended when I reminded myself he was no longer there. This was grief at work, for sure. But for many, where there is grief for the loss of a loved one, loneliness is often not far behind.

Later, when I got divorced after being married for many years, in the shadow of that loss, I was eaten alive by the absence of companionship. I’d be sitting at a bar, toasting the night away wearing two faces. One shiny and bright. Behind it, another aged dramatically by loneliness. No amount of conversation or gaiety could reach in and suture the gaping internal wounds. Even the company of my children was insufficient substitution for the feeling of being so very alone.

Which leaves a bit of a dilemma and a library of questions. Given that the problem is as deep as it is complex, with adverse effects as far-reaching as they are, what is the fix? Should we have more conversations? Should we practise ubuntu more? Must we crowd the retirement homes and spend time with the silently forgotten? Must we reach out to young people, open our homes for dinners and stimulating conversations? Do we need a movement of national kindness and caring for the people around us? In an age of fear of the other, can we safely strike up conversations, break the silence with laughter?

And given that some studies point to certain individuals being more biologically vulnerable to being lonely, and as a result, its effects, and that it can be partially heritable, what is the antidote?

As a society we seem enthusiastic about willing our way out of trouble, without working our way into problem-solving. Because even if there isn’t one single answer, maybe there are a dozen that keeps more of us from suffering and dying from a condition that isn’t always outwardly obvious. No one else should be found in their homes, or under the stars, having died alone and lonely, and more should have access to the possibility of pain relief that comes from building understanding and care.

Iman Rappetti
Iman Rappetti is an award-winning journalist, broadcaster and the author of Becoming Iman and Sermons of Soul. She is the owner of RappettiCom, a communications agency based in Johannesburg.
Facebook
Twitter
WhatsApp
Linkedin