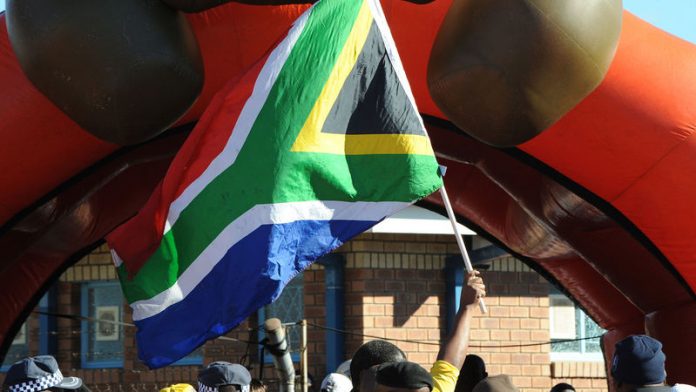 At Ronald Reagan’s inaugural address on 5 January 1967, he said: “Freedom is a fragile thing and it’s never more than one generation away from extinction. It is not ours by way of inheritance; it must be fought for and defended constantly by each generation, for it comes only once to a people. And those in world history who have known freedom and then lost it have never known it again.”

A generation can roughly be described as 25 to 30 years. As South Africans near the 28 anniversary of democracy, the ideal of freedom is becoming an increasingly contested and debated space. Many have argued that freedom entails the movement of from something to something. South Africa became a beachhead of democracy in a land seeped in blood, characterised by injustice and discrimination. In the heady early days  of democracy, it was believed by many that the dark, oppressive days and inequality, fear and fighting was over — and it should have been.

Many South Africans remember the untenable pre-1994 juxtaposed with the intoxication that the promise of democracy can create. South Africa’s achievement of democracy and freedom has always been associated within a political construct. But, almost three decades later, it is important to remember that freedom is a lived experience and in multitiered and modern societies is one of complex interdependence. Our Constitution allowed citizens the freedom to merge socially and economically. I would argue that the very word “freedom” is largely associated within a positive construct but is living politically free but socially and economically on your knee’s true freedom?

South Africa is experiencing severe social ills such as heightened public and private corruption, poverty, high unemployment and violent crime. As of 2015, more than half of all South Africans live beneath the poverty line. The unemployment rate has steadily climbed to 35.5% since the fourth quarter of 2021 and the murder rate was 58 a day as of 2020.

The inability to provide decent education and health care for millions of South Africans also dampens the ideal of freedom. With 80% of the population using public healthcare, they face crumbling infrastructure and a dearth of skilled doctors, nurses and facilities. Political freedom did not bridge the gap of inequality.

Therefore, political freedom also entails that we secure all other freedoms. Millions of South Africans do not experience true freedom today in a holistic sense. It is therefore up to every single South African, who believes in the greater good of this country and for the ideals that freedom offers, to act and become socially and morally conscious of the consequences of societal inaction that threaten our fragile liberty.

This generation needs to find itself on the right side of history or we run the risk of moving from the miraculous birth of democracy seen in 1994 to a political footnote in history. The generations before were prepared to live and die for political freedom and the hope that democracy offered.

This generation faces very different and complex problems, and we need to never stop searching for the truth, striving to stand in unity and question every falsehood thrown our way. We are bombarded hourly by a stream of negative news, and it has led to a quiet citizenry, capitulation and apathy. I’m arguing that this generation holds their destiny in the palm of their hands.

Our focus should be on harnessing the talent, skills and enthusiasm this generation has to inform and bring about change. Unique and complex societal problems give rise to finding exceptional and thought-provoking solutions. Freedom is not binary, and this generation has found it fragile and fluid.

The emphasis on Freedom Day should be on recapturing what we dreamed freedom would mean to all South Africans through active civic action politically, judicially, socially and economically. We need to actively practise incorruptibility through our actions, thoughts and words. This incredible nation means too much to too many and we dare not fail.The views expressed are those of the author and do not necessarily reflect the official policy or position of the Mail & Guardian.