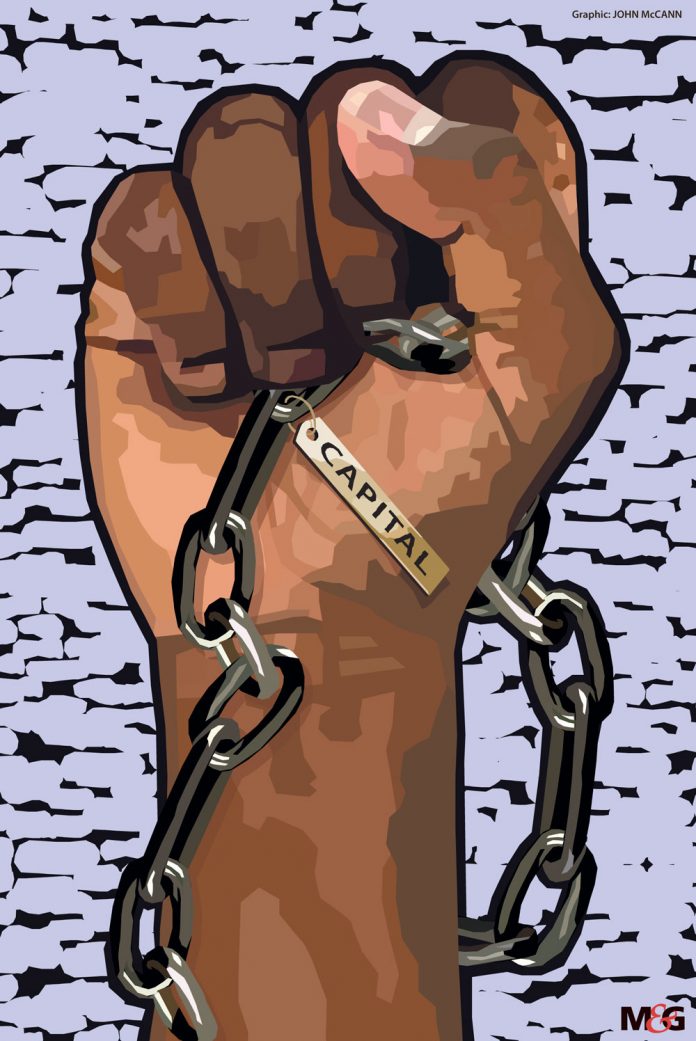 The ANC is dying but most citizens are not weeping. Instead, the demise of former liberators bolsters the yearning for change. Beneath this yearning are the tattered hopes of citizens whose expectations could not be met by the bleak reality of post-apartheid South Africa.

But the downfall of the ANC will not be enough to rescue our society from collapse or quell the rage of the poor. In a recent opinion article, Sizwe Mpofu-Walsh asked a valuable question: How do we reimagine South Africa after the ANC’s demise?

He is right to lament the scarcity of viable alternatives to the ANC and the lack of creative political imagination required to build beyond its corpse.

Another way to ask Mpofu-Walsh’s question is: How will political power be used and distributed after the ANC?

If we seek to reconfigure the uses and locations of power towards the collective upliftment of South Africans, we must recognise power in all its mutations. A central component missing from this reflection is that the ANC is not the sole locus of power or that government is not the ultimate zenith of power.

Behind the ANC lurks another enemy of the people. It is a coalition of actors described by the economist Adam Smith as “the masters of mankind”. A confrontation with this coalition and the system that sustains their dominance awaits us. To reimagine South Africa we must confront capitalism and its class structure.

Simply put, capitalism is a system where economic production is privately owned by capitalists, who employ workers at paid wages and sell their produce on the markets. Capitalism enshrines the privatisation of essential resources, the means of economic production and the transformation of services, ideas, goods, animals and people into objects to be traded or sold.

A class of capitalists own the means of production and appropriate the majority of the wealth produced. Then there is the majority of society: workers. Those who must trade their time, intellects and bodies in work to earn a wage and participate in consumption in the market to survive.

There is a reluctance to critically reflect on the role of capitalism and class in bringing the country closer to the edge of collapse. It’s a strange neutrality; South Africa stands as the most unequal society in the world. Half the population lives in poverty, 75% of youth are unemployed, food scarcity has soared and yet in popular discussion of these crises, the economic system that organises daily life is rarely mentioned.

We rightly bemoan how the ANC abuses power. Its aversion to transparency and accountability, its neglect of people’s basic needs, its use of surveillance and violence to suppress the mobilisation of the poor and working class. Yet rarely do we contend with the concentration and abuse of power in the private sector or the collusion of the private sector with the state in the selfish pursuit of wealth and power.

In part this blind spot remains because the majority of those who lead and dominate political discourse are the minority, who have found a level of prosperity in South African capitalism. This is not a moral condemnation but rather highlights that how we view the world is predominately constituted and moulded by our class positions and social status.

What some have forgotten is that in a capitalist economy the prosperity of a few is tied to the dispossession and exploitation of the many.

The demise of apartheid was a victory for millions in the country. In the transition to liberal democracy, a battle was won but the war was lost — a class war waged by the titans of global capital and their representatives in various governments.

This war saw the ascension of neoliberalism, defined by author David Harvey as “a theory of political economic practices that proposes that human well-being can be best advanced by liberating individual entrepreneurial freedoms and skills within an institutional framework characterised by private property rights, free markets and free trade”.

In South Africa’s transition to democracy, the ANC chose — acting under pressure from capitalists, the National Party and a debilitating economy — to adopt a neoliberal framework. In other words, the great compromise of the ANC was not with white power but with capital.

Former ANC minister and South African Communist Party leader Ronnie Kasrils described what he called a Faustian pact: “We took an IMF [International Monetary Fund]loan on the eve of our first democratic election and had already succumbed to the guile and subtle threats of the corporate world, which had been chipping away at revolutionary resolve for some years … We walked into that in the misguided belief that there was no other option.”

As early as the mid-1980s, the kings of South African capital were discussing the country’s future with the ANC. After a meeting in Lusaka with ANC leaders in 1985, an Anglo American executive remarked that they could now work with the ANC to ensure that “we dare not allow the baby of free enterprise to be thrown out with the bathwater of apartheid”.

Who elected the executives of Anglo American? What gave them the authority to influence national politics for millions of people? Why did such vital debates and discussions happen behind closed doors?

The corporate capture of the ANC in its turn to liberal democracy demonstrates how hostile capital is to radical change. Not because capitalists are monstrous villains but because the reform of capitalism, in the service of the public good, or the abolishment of the capitalist system, threatens the mode of production on which their power depends.

Harvey adds another dimension to neoliberalism as “a political project to reestablish the conditions of capital accumulation and to restore the power of economic elites”. We are enduring the consequences of being the test subjects of this project.

The ANC, by accepting neoliberal policies, trapped itself into a self-sabotaging dependency on capital. Believing that economic growth and human development were best pursued through private enterprise, the ANC has generally avoided implementing macroeconomic policy that would dissuade domestic and global investment, while maintaining industries that destroy the environ-ment and exploit cheap black labour.

This relationship between the state and the private sector is in part sustained because prominent members of the ANC have found success in the business world.

Major opposition parties are not free from the influence of private power. The disclosures of political party funding reports show that the ANC and the Democratic Alliance rely on funding from a small but wealthy group of capitalists in industries such as mining, retail and finance. To think that such donations are unconditional or simply the efforts of the benevolent rich in their contribution to democracy is naive.

The policy proposals of opposition parties are encased in neoliberal economics, none willing to look beyond the market and mild political reforms for solutions to South Africa’s crises. Even the supposedly socialist Economic Freedom Fighters is not shielded from capital’s capture.

The greatest threat capital poses is in its willingness to use coercive measures and violence when its means of maintaining power are challenged.

Working-class life has deterio-rated in part because, when workers demand higher wages, comprehensive benefits, better working hours or sanitary labour conditions, capitalists — often in cooperation with the state — suppress their efforts because they have the financial, legal and political resources to outmatch a depoliticised class of workers.

So if we imagine a post-2024 South Africa and that vision contains restraining capital flight, a wealth tax, universal basic income, land redistribution and worker ownership in major industries, we must realise that capital and its political representatives will mobilise against such ambitions.

Andile Zulu is a regular contributor.The views expressed are those of the author and do not necessarily reflect the official policy or position of the Mail & Guardian.