President Cyril Ramaphosa told the Zondo commission on Wednesday that in the Zuma era the ANC’s deployment committee, which he headed for part of that period, was bypassed regarding a number of dubious appointments at state-owned enterprises, including those of Brian Molefe and Anoj Singh at Eskom and Transnet

In his first appearance before the commission, Ramaphosa put this down to “massive systems failure” and responded in similar vein to other questions on glaring breaches of government policy and ANC guidelines.

“Certain people were put in certain positions to advance certain agendas as you are investigating now on the capture of some of those entities,” he said. “Some of it was so hidden, so masked, that you just could not see that a certain individual [who] was there was [part of] a particular agenda.”

But the president remained reluctant throughout five hours on the witness stand to venture into detail as to how the lapses happened and how his party intended to change course to prevent history repeating itself.

After Ramaphosa made an opening statement in which he conceded that “state capture took place under our watch as the governing party”, evidence leader Paul Pretorius turned to the policy of cadre deployed and asked how it may have contributed to corruption.

He listed Molefe and Singh, along with the appointment of the Denel board chaired by Daniel Mantsha and those of Berning Ntlemeza and Shaun Abrahams to lead the Hawks and the National Prosecuting Authority respectively, as examples of appointments made at the behest of then president Jacob Zuma.

Pretorius asked whether the deployment committee was consulted and, alternatively, if not, why they did not raise the matter with Zuma.

Ramaphosa was unequivocal that the committee was not consulted and said Zuma had acknowledged as much and privately offered a “mea culpa” for circumventing it.

Pretorius suggested that since “the evidence is quite strong that there were improper or improperly-motivated appointments”, the deployment committee had every reason to step in and question these.

“It is a fair proposition,” Ramaphosa replied.

But when Pretorius raised earlier testimony by former public enterprises minister Lynne Brown that all appointments to parastatals had to be approved by the deployment committee and cabinet, Ramaphosa referred to the minister’s role in filling vacancies. 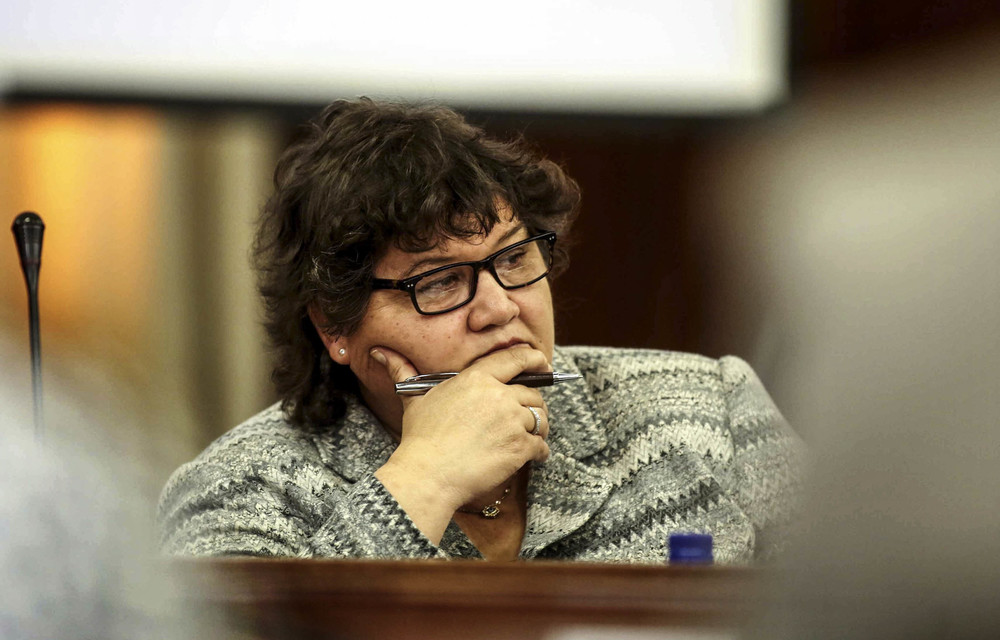 He said “a wise minister” would have been proactive and approached the committee with a list of suitable candidates to fill vacancies.

Deputy Chief Justice Raymond Zondo asked Ramaphosa — who as deputy president was head of government business at the time — who made the appointments and whether the executive did anything to intervene when it became clear that corruption was setting in at state-owned enterprises (SOEs).

“One of the things I want to know with regard to various SOEs is what did the executive do? Because the situation was deteriorating from a certain point,” he said. “One would expect that there would be regular reports to the relevant minister and to cabinet … What was cabinet saying about this situation?”

Ramaphosa replied that at the time ministers did not communicate with each other much. “We had a very siloed style of work where almost everybody kept to their lane and where there was no cross-dimensional type of collegiate involvement.”

He repeated throughout the day that the governing party was undergoing a process of renewal that would ensure better governance and an end to corruption, which he conceded had cost it dearly at the polls.

“Our electoral support is going down largely because of the corrosive corruption that our people saw as abhorrent. Things went horribly wrong but we are here to work with everybody to correct those, and we do this with humility because we are a feature of the super structure of this country, we cannot run away from all these matters.”

But he rejected as rash suggestions, such as those made by former minister Barbara Hogan among others, that the ANC do away with its deployment committee to safeguard against state capture.

Pretorius cited Hogan, a former minister of public enterprises, as saying that the usefulness of the committee had become moot because its members lacked sufficient institutional knowledge to match the power it wielded, and that it was untenable that closeness to the ANC should be a determining factor in becoming an executive or board member at a parastatal.

Ramaphosa agreed that the history of cadre deployment has been marred by careerism and factionalism. “Truth be told, we’ve had to deal with issues like that as the committee and as the ANC broadly — careerism and opportunism and some of these deployments have caused internal ructions within the ANC. I can never say that it has not affected the ANC — and it has.”

Pressed by Pretorius to explain factionalism, Ramaphosa said members of the ANC had developed different interests, some of which were economic.

“They cluster around those interests and become, say, a grouping within the organisation and a faction that feeds on things that happen in the organisation, be they different deployments or appointments, so that then evolves into distinct groupings that could be pitted against each other.”

But he said the ANC could not forsake its developmental agenda because the process may have been corrupted by factionalism, and had a right to deploy people who would be mindful of its political mandate.

“I would say that when dealing with these kinds of matters it is better to be circumspect and not to throw the baby out of the bathwater … the deployment committee has a number of considerations,” he said. “One of those is just the developmental nature of the state we are creating. It [also] needs to focus on the political aspect … where we need to keep an eye on the mandate we have been given.”

Zondo asked whether the deployment committee recommended that people be appointed or merely that they be considered.

Ramaphosa replied: “It is the latter because, in the end, it has to depend on the final selection processes of that given institution.”

He assured Pretorius and Zondo that the committee under his watch never intervened in appointments to the judiciary and law enforcement agencies.

Throughout the day, Zondo repeatedly interrupted the president’s largely political answers to ask whether the ANC has identified the exact juncture where it erred and intended correcting itself. 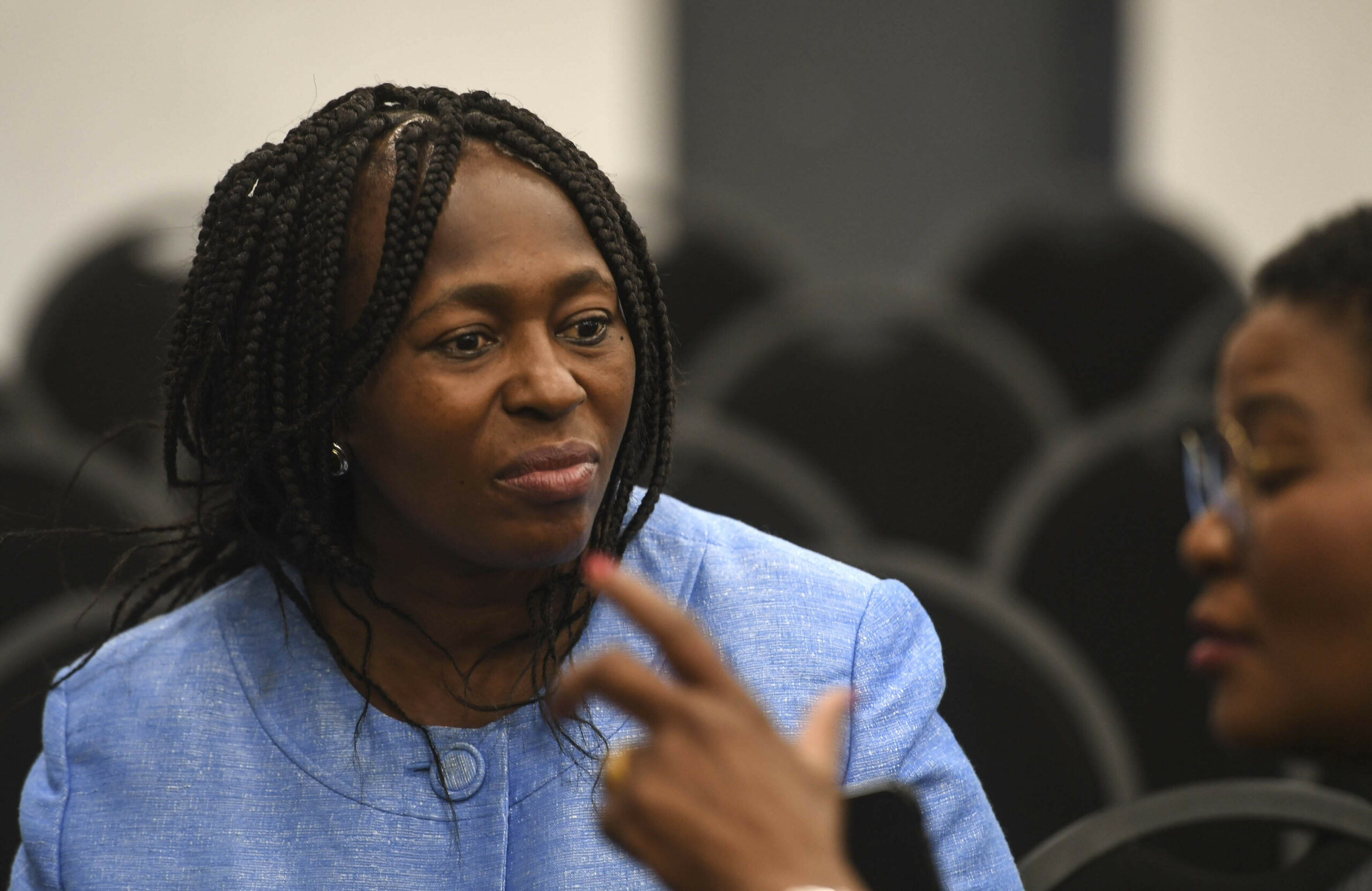 “I would like you to identify the actual areas where you say as a party we have done our homework, we think this is where we didn’t do what we are supposed to do, this is something we should not have done,”  he said.

“Why that is important is, while an acknowledgment is good and it should be given its proper weight, it is even better if one knows what you are talking about. Because if one knows what the party is talking about and says this is where we accept we went wrong, then one can look at what should be put in place in future so there is no repeat. It would be useful so that it doesn’t get limited to simply acknowledging without being specific.”

Ramaphosa said he would do so when he returned to the commission to testify in his capacity as state president next month. He is to continue his testimony on ANC matters on Thursday.