Deputy Chief Justice Raymond Zondo on Thursday asked President Cyril Ramaphosa whether, on the evidence, one should conclude that the ANC may have the will but not the means to reform itself.

The question came midway through Ramaphosa’s second day of testimony to the state capture inquiry and after he repeatedly referenced 2017 as a watershed where the ruling party resolved to tackle corruption in its ranks.

“This is the majority party, the government is its government, it has a very important role to play in where the country is going, and if one looks at the types of issues that the commission is investigating one can see that whatever it is the ANC may say we did, simply didn’t work,” Zondo said.

“That is why corruption has reached the levels it has reached, that is why we hear the kind of evidence the commission has been hearing,” Zondo said.

“So to the extent that the ANC wishes to impart or to even play an important role as it must, I think to change the situation in the country, it can’t do, so it seems to me … by looking at those things that are comfortable for it to change. It can’t make a meaningful impact on issues of corruption and state capture unless it confronts issues that are painful to confront.”

To change, the party would have to elect to do so, Zondo said. He went on to ask Ramaphosa to reflect on this before his next appearance in May.

When Ramaphosa returns to the commission next month, he will do so in his capacity as head of state, whereas this week he was speaking as leader of the ANC. Zondo said he believed that in the latter capacity Ramaphosa still had “some homework to do” and therefore he was giving him the opportunity to return to the subject.

“It is going to be important to look at those … really important things that may need to be looked at,” Zondo said.

Ramaphosa replied: “That is so true.”

He said the ANC had painful introspection to do, but added that appointing the commission was part of that reckoning and that the party was looking to Zondo’s report to point part of the way forward.

This echoed his comments on Wednesday, when Zondo asked him to pinpoint where exactly the party erred in the state capture period, so as to prevent history repeating itself, and the president said the ANC relied on the commission to help it in this regard.

Ramaphosa described the commission as a cathartic process for the ANC and then turned to legend, comparing the ANC to an eagle ripping out its own claws and feathers in flight.

“It goes through pain and suffering and after it has plucked out its feathers and taken out its claws, they grow back and it emerges with new feathers.”

On Thursday morning, Ramaphosa conceded to evidence leader Alec Freund that politics to some extent prevented the ANC from giving its MPs the green light to institute parliamentary investigations into mounting reports of the Gupta family’s improper influence over cabinet ministers.

The party elected — even when confronted with then deputy minister Mcebisi Jonas’s account of how the brothers allegedly offered him bribes and a cabinet promotion — to deal with matters at an internal level, he said.

But in 2017, that changed when the Gupta leaks emails presented a trove of evidence that the party could not ignore, and hence its caucus supported the appointment of an ad hoc committee to investigate state capture.

Freund then asked how, despite the evidence that emerged, the party subjected its MPs to a three-line whip to vote against opposition motions of no confidence in then president Jacob Zuma, who had on Ramaphosa’s version bypassed him as head of the ANC’s deployment committee when it came to filling key positions at parastatals. 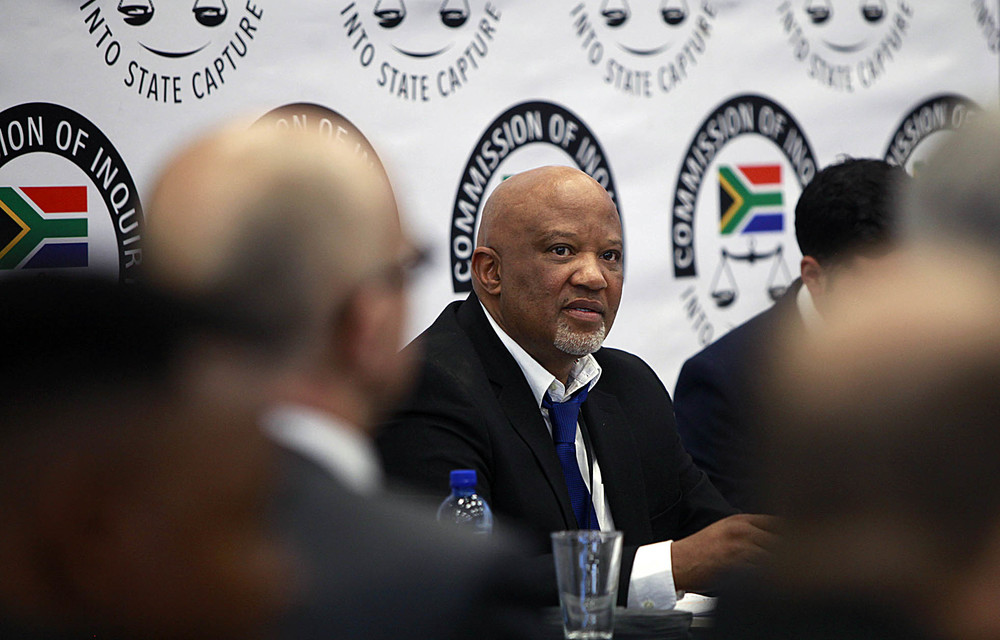 The president replied that a situation could arise where individual MPs felt compelled to break ranks to obey their conscience. Even then, he submitted, this should be discussed in the party.

When it came to a decision that could bring down the leader of the party, he conceded, politics may outweigh parliamentary oversight obligations.

He himself was at heart “a party animal”, and in that context had to understand the collective predicament where voting to remove a president would mean “actually imploding the executive”.

“And members then have to ask themselves: is that what we want? Certainly, if that is the desire, which is collectively agreed to, then that is what should be opted for, but we are actually saying you need to analyse the situation very carefully so that we don’t just run blindly into something that is emotionally charged.”

Freund was relieved after lunch by his colleague Paul Pretorius, who pointed to last year’s scandal on personal protective equipment (PPE) graft, where Ramaphosa was constrained to apologise to the nation and concede that the ANC ranked as accused number one in the court of public opinion.

He submitted that over the past two decades the ANC has repeatedly pledged that it would correct course to end corruption.

Ramaphosa conceded that it was in part compelled to do so because it was plainly losing electoral support, or as he put it, becoming “less attractive to ordinary citizens”.

“With this in mind, we decided that we should plug those holes because if we don’t we are just on a one-way ticket to oblivion, to defeat at the polls,” he said.

Pretorius noted that  “many lines have been drawn in the sand repeatedly”.

Referencing the statement released by Ramaphosa during the hard lockdown when the PPE scandal broke, Pretorius asked: “What is it about corruption? How can it be explained, despite these statements, and let’s accept that those statements were made with faith and seriousness. What is it about our society that, in 2020, you have to speak of hyenas circling?”

At this point, Zondo stepped in and asked the president to reflect further on how the party could credibly break with corruption.

Earlier this week, the commission heard testimony from the estranged wife of former cabinet minister Malusi Gigaba on how her husband took instructions from the Gupta brothers, albeit with growing discomfort, and they in return bankrolled the couple’s lavish lifestyle. Ramaphosa retained Gigaba as home affairs minister for nine months after he succeeded Jacob Zuma as president.

Ending his testimony on Thursday Ramaphosa, to some extent, contradicted his earlier comments and ventured that at the end of the day, the commission could not dictate to the ruling party, or any other, how it should operate. He added that the government was not the only victim of state capture, but that the party too was a casualty. 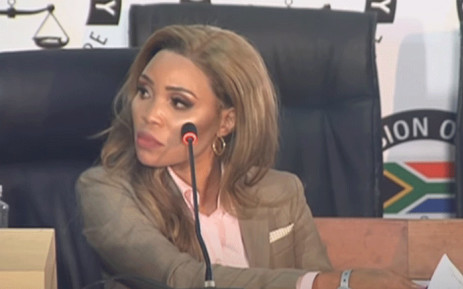 “We are mindful that the mandate of the commission does not extend to how political parties should function.

“We should be able to deal with the contours of the various issues the party itself had to deal with … state capture has had a profound impact on the ANC. The work of this commission … will also assist the ANC along  the route to renewal.”

Zondo, in conclusion, thanked Ramaphosa for supporting the commission and subjecting himself to questioning, adding: “It is something that the ruling party wants through this commission to account to the nation.”