Counsel for Jacob Zuma will on Monday move for the recusal of veteran state prosecutor Billie Downer from the arms deal fraud and corruption case that has haunted the former president for 17 years.

This is reliably understood to be the strategy of the only advocate currently on brief for Zuma, Thabani Masuku, following the withdrawal of his lawyers, attorney of record Eric Mabuza and senior counsel Muzi Sikhakhane last month. 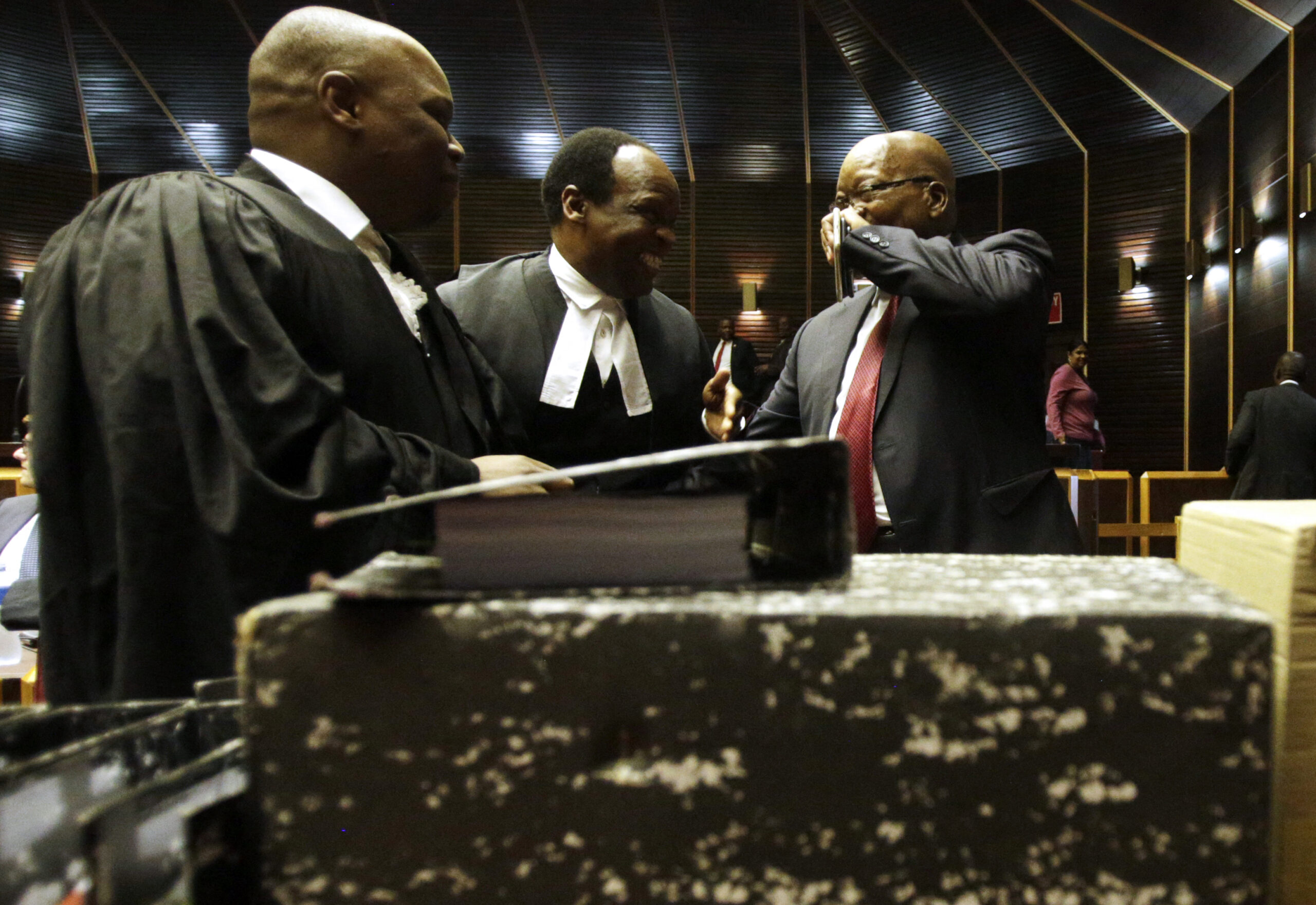 “That is the plan at the moment,” a source close to Zuma said at the weekend.

Lawyers not involved in the matter doubt the wisdom of seeking Downer’s recusal, suggesting it is highly unlikely to succeed and will be read as a delaying tactic.

The case was set down for trial on Monday but the court proceedings will now likely entail Mabuza formally asking presiding Judge Petrus Koen for permission to withdraw from the case after he was instructed by KwaZulu-Natal Deputy Judge President Isaac Madondo to come to court and present his reasons.

The parting with Mabuza and Sikhakhane in particular was bitter. Sources close to Zuma insist that it was not, as widely believed, a bid on his part to delay the trial or of his failure to pay the pair. Rather, the former president was offended at the line of legal defence Sikhakhane had advised on.

Court sources in KwaZulu-Natal said a postponement was now however inevitable, to allow those handling his defence a chance to prepare properly.

Zuma, who claims to be out of pocket, has been trying to assemble a full defence team and on Tuesday this week met with public interest lawyer Richard Spoor, who made an offer on Twitter to represent him after reading that his lawyers withdrew.

Both sides believe the meeting went well and Spoor said on Friday that his offer stands.

“I would like to help him. On my reading of the case, he certainly has a defence and my sense is that he would like the matter to go to court now,” Spoor said

Not every delay in the case can be laid at Zuma’s door. The state last year asked for a postponement due to the Covid-19 pandemic and technical difficulties in the transfer of electronic documents requested by lawyers for Thales and the former president.

Sikhakhane objected and scathingly accused Downer of shifting the goalposts, while insisting that the defence was ready to proceed to trial in 2020 still. In the end, May 17 was set down as the trial date.

Zuma stands accused of taking a bribe from French arms manufacturer Thales through his former financial adviser Schabir Shaik to shield the company from investigation for improper arms procurement dealings in the 1990s,

Downer in 2005 secured Shaik’s conviction on two counts of corruption and one of fraud, coupled with a 15-year sentence, and is the only member of the original prosecution team still working on the arms deal matter.

Shaik made 783 payments totalling R1.2-million to Zuma, although reportedly investigations have detailed further payments and the state has since updated the forensic report on his finances.

The former president faces 12 charges of fraud, two of corruption, one of racketeering and one of money-laundering but maintains that as a member of the KwaZulu-Natal provincial government at the time, he was at a remove from former president Thabo Mbeki’s administration’s arms procurement programme in which Thales won a contract to supply the navy with combat systems. 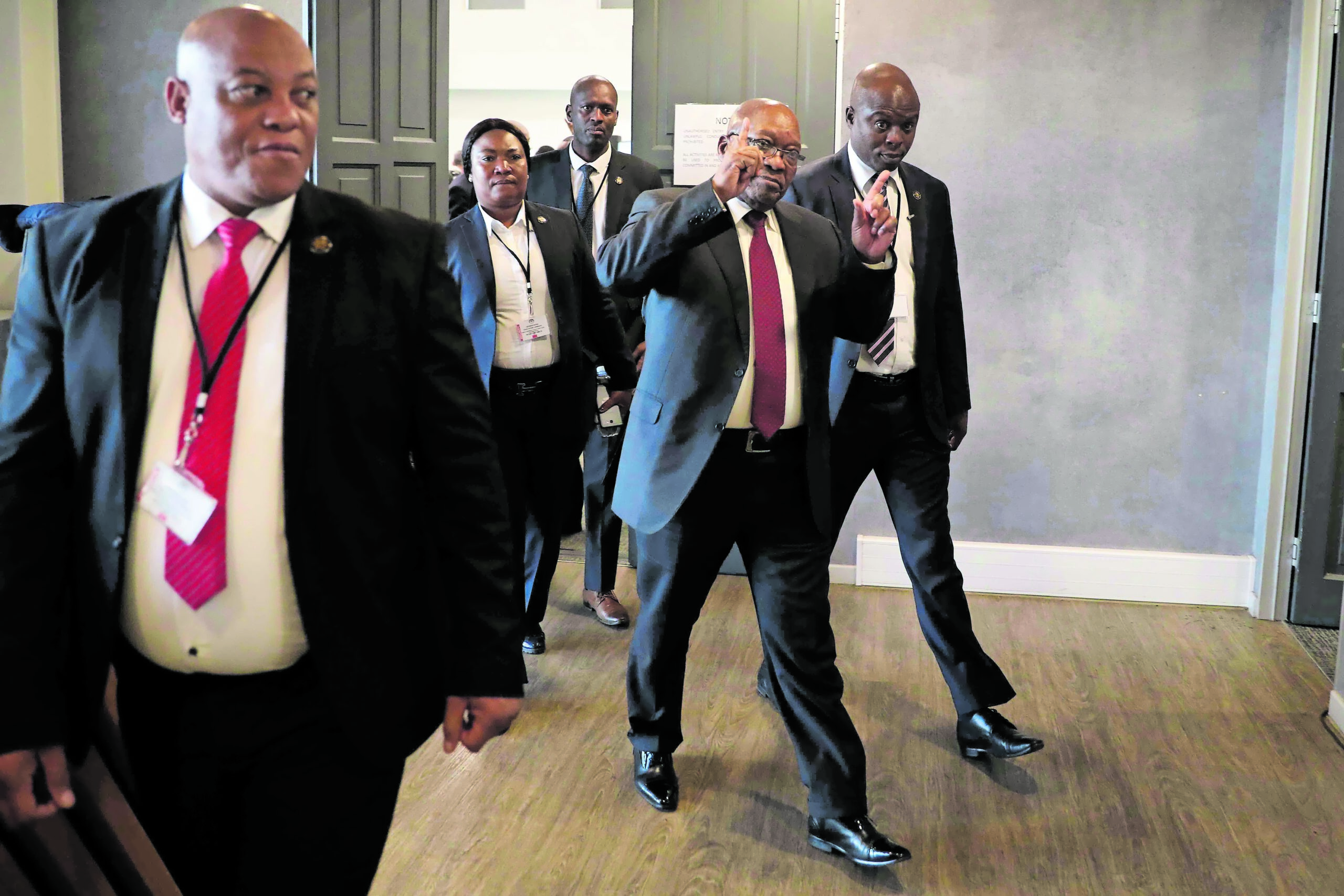 The charges against him were dropped in 2009 and reinstated in 2018 by then national director of public prosecutions Shaun Abrahams.

Zuma’s attempts to secure a permanent stay of prosecution came to a final end in 2020 when the supreme court of appeal (SCA) refused him leave to appeal a high court dismissal of his application filed in 2018.

The same year saw the departure of Zuma’s long-time attorney Michael Hulley and in 2020 his replacement Daniel Mantsha made way for Mabuza, who stayed on brief for exactly a year.

Zuma’s woes have been compounded by the appellate court’s dismissal last month of his appeal against a high court ruling that he repay the state about R15-million in legal fees, much of it spent during his presidency as he fought the reinstatement of the charges.

The actual amount disbursed comes to just less than R25-million and the SCA confirmed an order that the state attorney should draft a complete account of the payments and recover the money from Zuma.