The ANC has submitted its final amended list of candidates standing for election in the local government elections on 1 November to the Electoral Committee of South Africa (IEC), but its remaining hurdle is possible court challenges arising from hundreds of disputes lodged by disgruntled party members.

The party’s provincial list committees managed to resolve 1 757 out of 2 531 disputes, which accounted for 69% of all disputes lodged throughout the country.

The ANC electoral committee report said the top three performers on dispute resolution were the Eastern Cape (100%), Limpopo (99%) and the Free State (81%), while the Western Cape (6%), KwaZulu-Natal (46%) and Mpumalanga (56%) provinces were still grappling with outstanding issues.

The ANC will be hoping the IEC does not reject some of its candidates when the commission announces those who are ineligible to be candidates on 24 September.

In an email to ANC national executive committee (NEC) members on Monday 20 September, ANC deputy secretary general Jessie Duarte said the party had delivered a list of its candidates to the IEC, which had acknowledged receipt.

“We appeal to you to understand that you will continue to receive complaints and you may wish to ask for changes on the list,” she said. “If there are people with criminal records or who are registered in another party, we shall have to wait for 23 and 24 September to deal with those who are found to be ineligible.”

While ANC leaders are relieved to have crossed this candidate-list hurdle, NEC members who spoke to the Mail & Guardian said they were aware the IEC might reject some  candidates with criminal records.

They said the ANC had failed to verify this with the South African Police Service in relation to many candidates because of the limited time the party had to select council candidates, and because of a strike by its staff.

“There have been complaints from some regions and branches that a few names that appear in the lists are those of people with criminal records and some who may be affected by the step-aside resolution. The guidelines provided that we cross-check our candidates with the police but that was never done. Most provinces failed to do this (and it) might come back to hurt us,” one NEC member said.

In a media briefing, Duarte said each person found ineligible by the IEC would be replaced by the person below them on the list. She said the party still intended to deal with disputes on merit.

The ANC has submitted 4 468 candidates and removed a handful of its members from the party list as a result of the step-aside resolution concerning those facing criminal charges, she said, adding there was a concern that some disgruntled members had ditched the party and opted to go it alone as independents.

“A number of people who did not get selected by the community may have gone another route,” she said.

ANC local government election guidelines, which were adopted in May during an NEC meeting, said police officials would be brought in to assist in checking the criminal records of party council candidates during the vetting process, and such people “may be removed if doubt has been cast on their suitability to represent the ANC”.

The M&G has previously reported on two ANC candidates whom the party had failed to vet properly. One had been convicted and served time for theft while another was facing charges for being one of the instigators behind the violence in and looting July that the government called an insurrection.

Greater Johannesburg ANC regional secretary Dada Morero defended Mboneni Tabane, who was arrested on 18 July and charged with incitement to commit public violence, saying that he would remain on the party’s candidate list for local government elections because he was innocent. His first court appearance was on 20 July.

In another case in the North West’s Greater Taung municipality, a proportional representation (PR) councillor said to be on the ANC list, Moreotsile Olifant, was implicated in a municipal forensic report on allegations of breach of the code of conduct of councillors for allegedly having irregularly appointed expanded public works programme beneficiaries without the consent of the community.

In the same region, nine ANC members sent a letter to the national list committee last week, threatening to go to court should the party not respond to their demands by the end of the day after they discovered that their names had been excluded from the list of PR councillors. 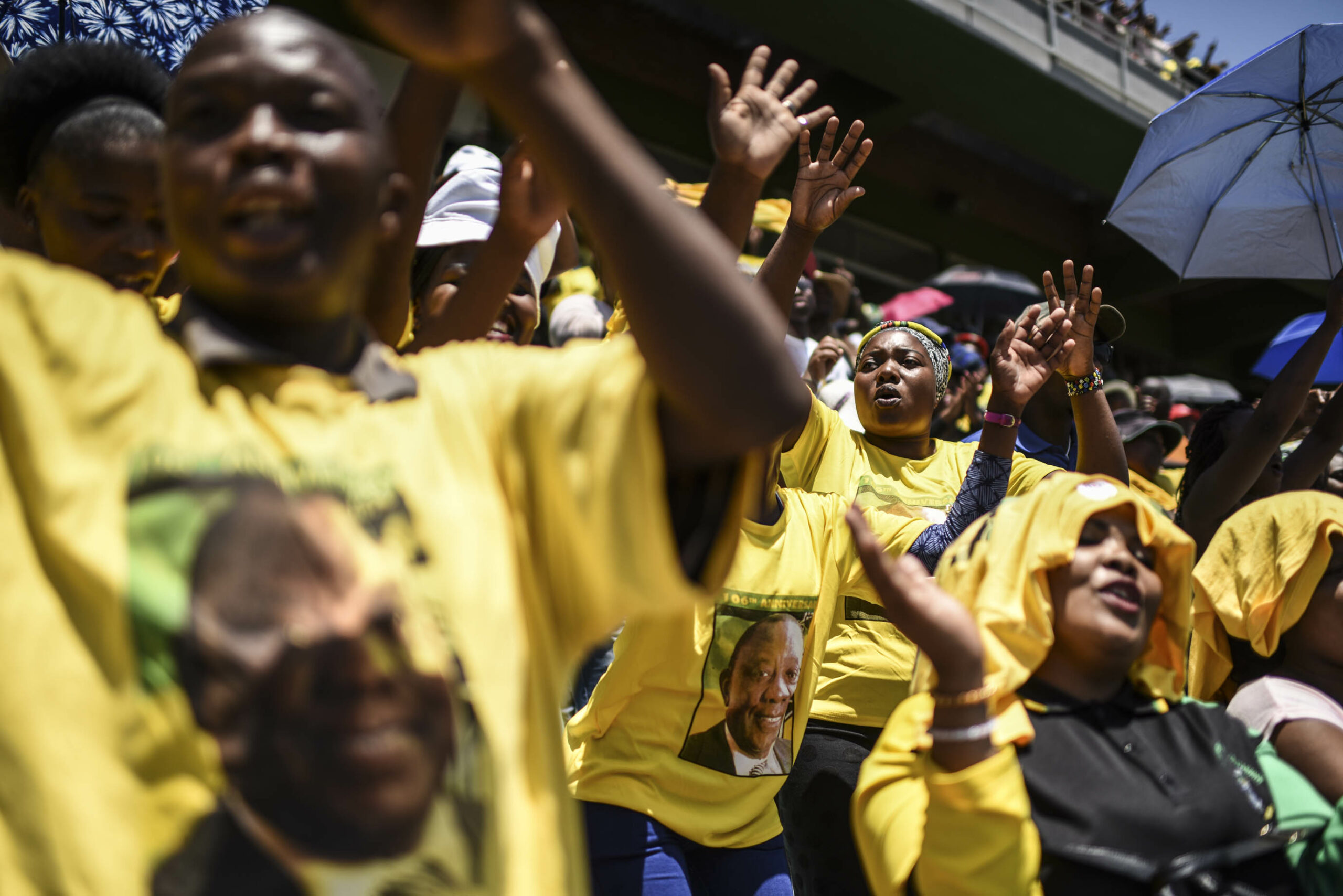 Meanwhile, a report by the ANC’s electoral committee head, former president Kgalema Motlanthe, detailed how the powers of the party’s party liaison committee (PLC) had been usurped or diluted by provincial secretaries.

“The provincial secretaries increasingly became hands-on during the candidate selection process, sometimes unduly so, except when the electoral committee and the deputy secretary general requested their interventions,” the report said.

“The independence of the PLCs must be preserved, upheld and respected to safeguard the integrity of the candidate selection process and meddling by provincial secretaries must be condemned. It is evident from the limited progress made regarding the resolution of disputes and the delays in submission of the candidate registration data that the PLCs require additional administrative capacity and support at higher levels than currently provided.”

Motlanthe said there were also overwhelming allegations of manipulation of the PR lists by the regional secretaries and chairs to favour their interests and those of their factions within the party.

“In future, the regional secretaries and regional executive committee members must not be part of the regional interview and vetting process to avoid conflict of interest and their role in the process shall be at the level of the extended provincial executive committees where candidate lists are approved for ratification by the extended NEC. The administrative, ordering, balancing and vetting capacity of the regional interview and vetting process must be guaranteed before these structures are approved to avoid delays in the submission of the PR candidate lists,” he said.

In addition to the potential of violence generated by internal conflicts in the ANC, there are also indications that interparty conflict could turn ugly ahead of the 1 November local government elections.

In KwaZulu-Natal, violent incidents during voter registration and early this week point towards high levels of political intolerance in the Midlands and other parts of the province.

The province was the busiest in terms of voter registration, with more than 358 384 people registering to vote over the two-day period, another indication that the poll is likely to be hotly contested.

This was despite earlier fears that the riots and looting sparked by the incarceration of former president Jacob Zuma might result in a boycott of the polls by his supporters within the governing party.

The IEC confirmed that three registration centres in the Msunduzi municipality were unable to open because of protests. Nationally, 63 centres were not able to open for registration for a variety of reasons, among them community protests.

In Dambuza and Willowfontein in Pietermaritzburg, Economic Freedom Fighters leader Julius Malema and his entourage were denied access to several registration stations by ANC members.

ANC members locked the gates at one registration station in Willowfontein, while at another video footage showed EFF members being assaulted as they formed a human chain around Malema to stop ANC members from attacking him.

EFF elections head Leigh-Ann Mathys said the party had lodged a complaint with the IEC over the incidents and would take a decision on recourse once the electoral body had responded.

“It is the IEC’s duty to protect its voting stations from vandalism and to ensure that public representatives are able to perform their oversight duties, which includes oversight at any voting station countrywide,” Mathys said.

“The ANC not only blocked public representatives from doing their oversight — it also blocked South Africans from registering to vote.”

Mathys said that the police — who were present at stations that were blockaded and vandalised — had failed to act against the perpetrators.

“They should explain why they did not arrest anyone and open a docket,” Mathys said.

The ANC, in turn, has accused the EFF of vandalising its posters in Bulwer, in the KwaZulu-Natal Midlands, and of placing its stickers over President Cyril Ramaphosa’s head on them.

On Monday night, a Democratic Alliance sound vehicle was attacked and torched by armed men outside Richmond, near Pietermaritzburg.

Staff members were held at gunpoint and taken to a remote area by their attackers, who then burned the vehicle.

“It cannot be that in a democratic society during a time of elections that any political party becomes the target of attack,” Rodgers said.

“The province of KwaZulu-Natal has a poor history of political intolerance. The DA calls on all political role players to ensure that the election on 1 November is free and fair without any intimidation,” Rodgers added.